There are two final touches we're going to add to our game: an enemy to avoid that can kill the player, and a score when you collect the stars. First, the score.

To do this we'll make use of a Text Game Object. Here we create two new variables, one to hold the actual score and the text object itself:

16 x 16 is the coordinate to display the text at. 'score: 0' is the default string to display and the object that follows contains a font size and fill color. By not specifying which font we'll actually use the Phaser default, which is Courier.

Next we need to modify the collectStar function so that when the player picks-up a star their score increases and the text is updated to reflect this:

So 10 points are added for every star and the scoreText is updated to show this new total. If you run part9.html you will see the stars fall and the score increase as you collect them. 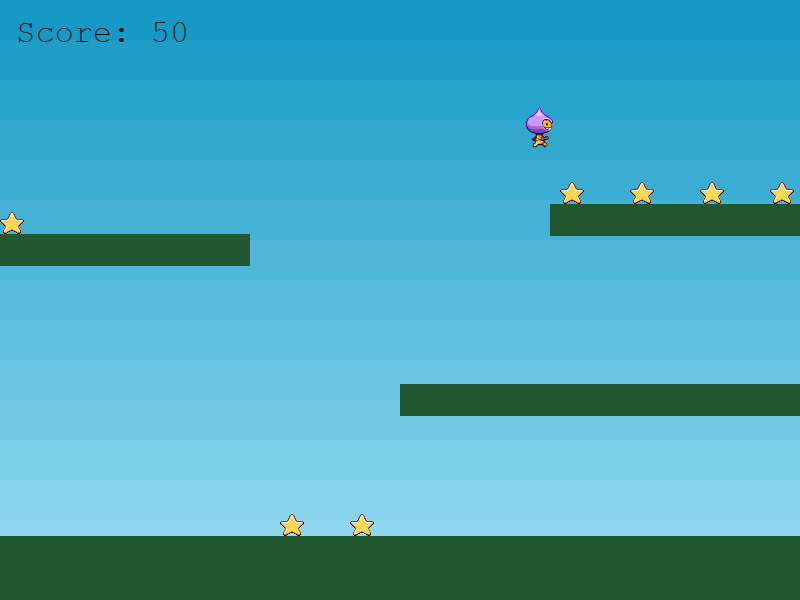 In the final part we'll add some baddies.