Let's load the assets we need for our game. You do this by putting calls to the Phaser Loader inside of a Scene function called preload. Phaser will automatically look for this function when it starts and load anything defined within it.

Currently the preload function is empty. Change it to:

This will load in 5 assets: 4 images and a sprite sheet. It may appear obvious to some of you, but I would like to point out the first parameter, also known as the asset key (i.e. 'sky', 'bomb'). This string is a link to the loaded asset and is what you'll use in your code when creating Game Objects. You're free to use any valid JavaScript string as the key.

In order to display one of the images we've loaded place the following code inside the create function:

You can find this in part3.html. If you load it in a browser you should now see a game screen with a blue sky backdrop covering it: 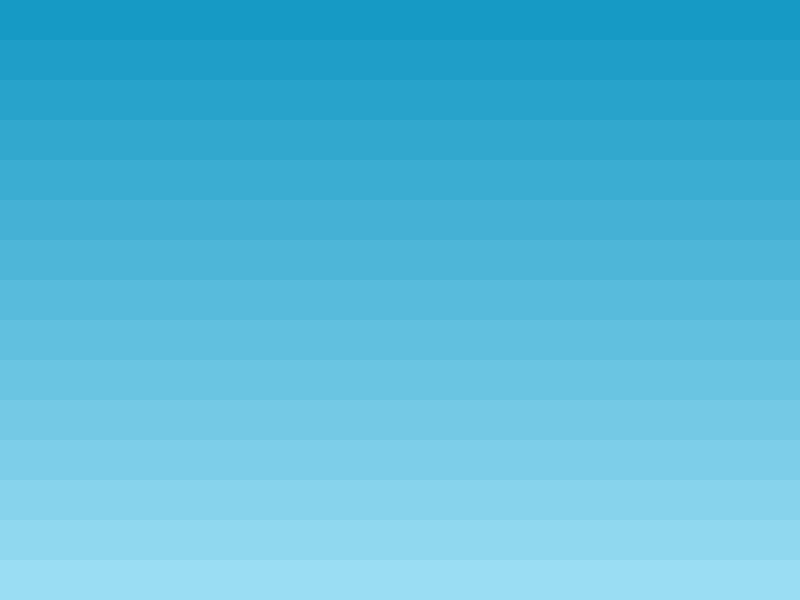 Hint: You can use setOrigin to change this. For example the code: this.add.image(0, 0, 'sky').setOrigin(0, 0) would reset the drawing position of the image to the top-left. In Phaser 2 this was achieved via the anchor property but in Phaser 3 it's the originX and originY properties instead.

The order in which game objects are displayed matches the order in which you create them. So if you wish to place a star sprite above the background, you would need to ensure that it was added as an image second, after the sky image:

If you put the star image first it will be covered-up by the sky image.