Turn your 2D games in to shiny new 3D games with almost no effort thanks to three.js and Phaser 3D library.

Posted on 5th Jul 2021. Follow @phaser_ and get the Phaser World newsletter. 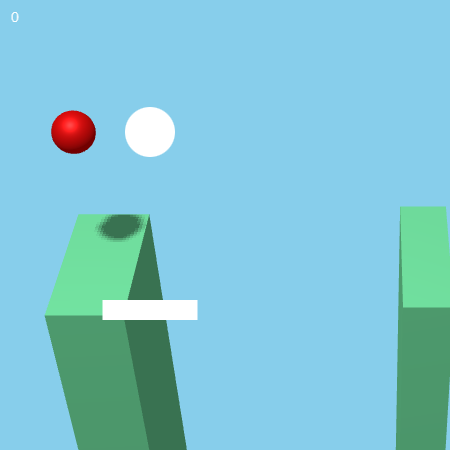 Emanuele Feronato writes: "Did you ever dream a Phaser version capable of rendering in 3D? There’s a official library, available to Phaser Patreon bakers, which helps you to add the third dimension to your games by integrating three.js in a quick and intuitive way.

If you plan to use what you are going to see in this example, please consider supporting Phaser on Patreon.

By the way, most loyal readers should already have seen an example on this blog when I wrote how to fake a 3D effect with Phaser 3D.

This time we’ll see how to turn a plain and flat 2D game into a shiny 3D game using Phaser 3D without changing any single line of the original 2D prototype.

We are going to convert the first step of Bouncy Light prototype, which is an easy and quick game which uses Arcade physics.

The trick is to keep the original game mechanics, and use three.js and Phaser 3D library only to draw a 3D scene which is updated according to what happens in its 2D counterpart.

It’s not a real 3D world, but a 3D representation of what is happening in the 2D world."