Blast rocks, dodge the saucers and hyperspace with care in the official web version of the Atari classic.

Posted on 8th Jul 2021. Follow @phaser_ and get the Phaser World newsletter. 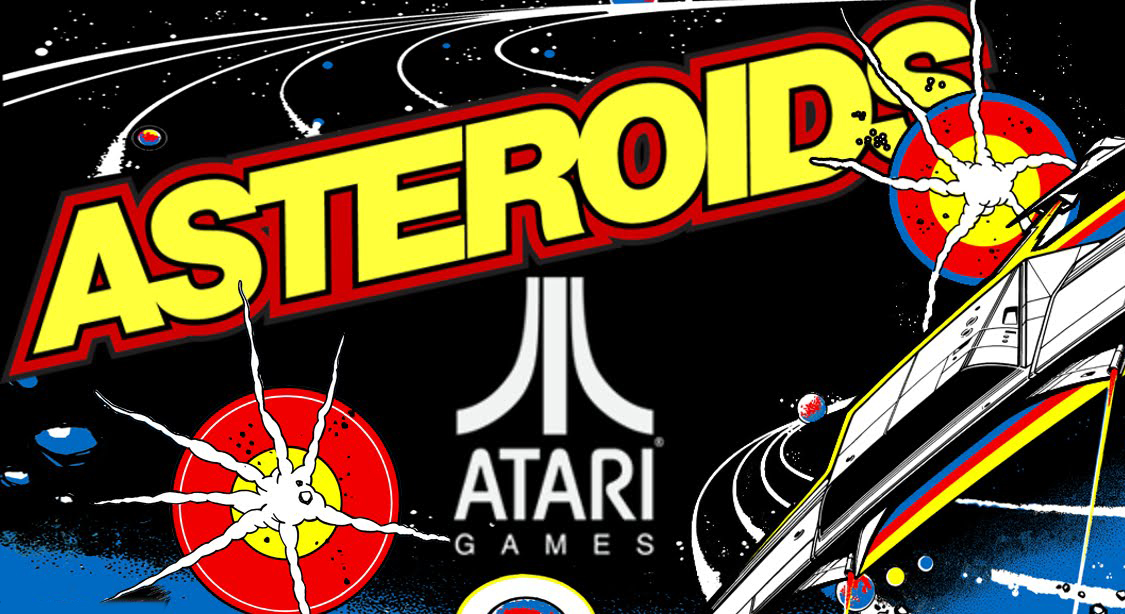 Atari Asteroids is a space-themed multi-directional shooter arcade game. Control a single spaceship in an asteroid field and watch out for the traversing flying saucers! You must move your spaceship by rotating and using your thrust! 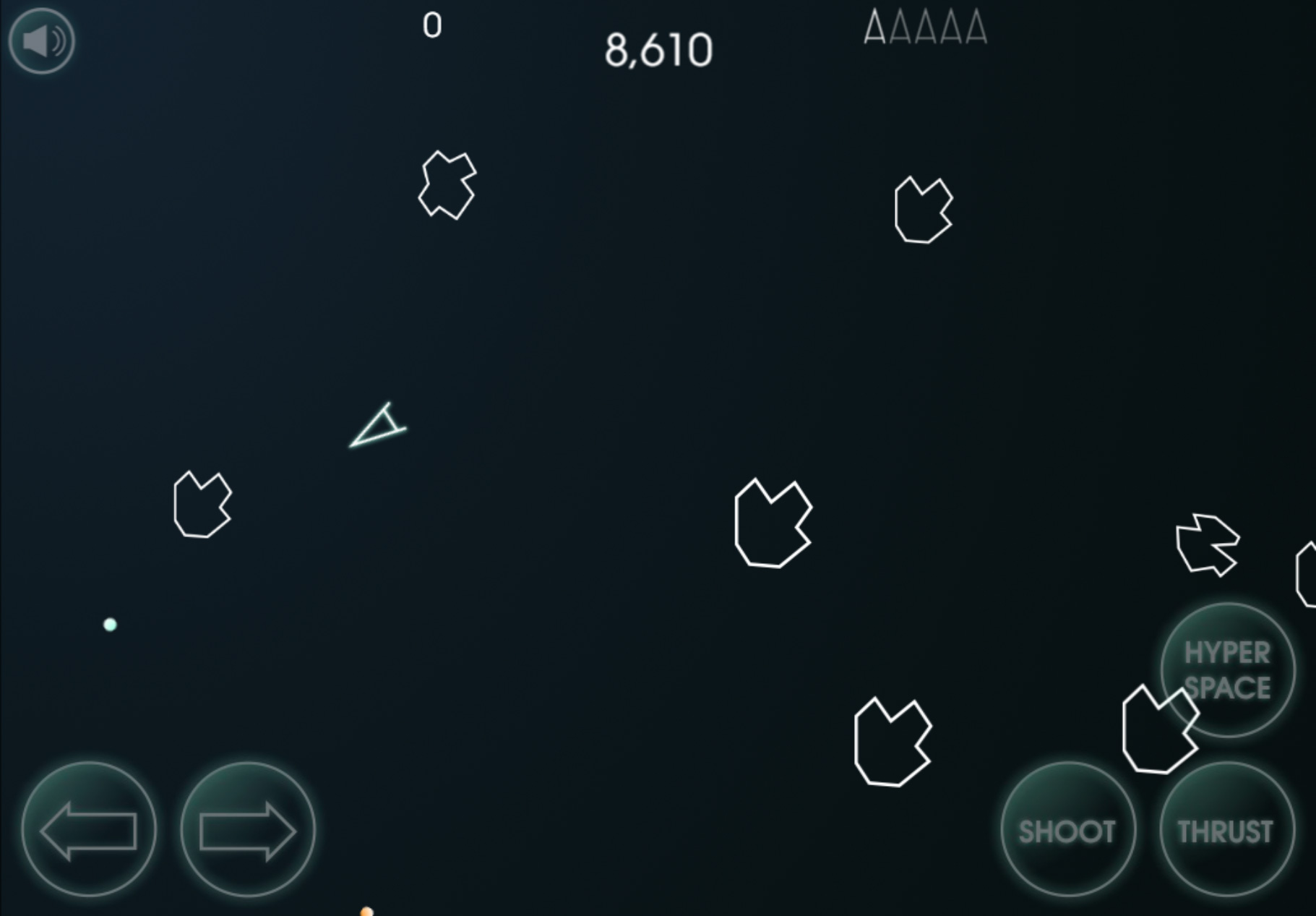 Shoot and destroy all asteroids and saucers, but watch out! Asteroids will break into smaller pieces and asteroids that drift will reappear from the sides. Each asteroid will earn 20 to 100 points. And the game will become a lot harder when you reach more points. 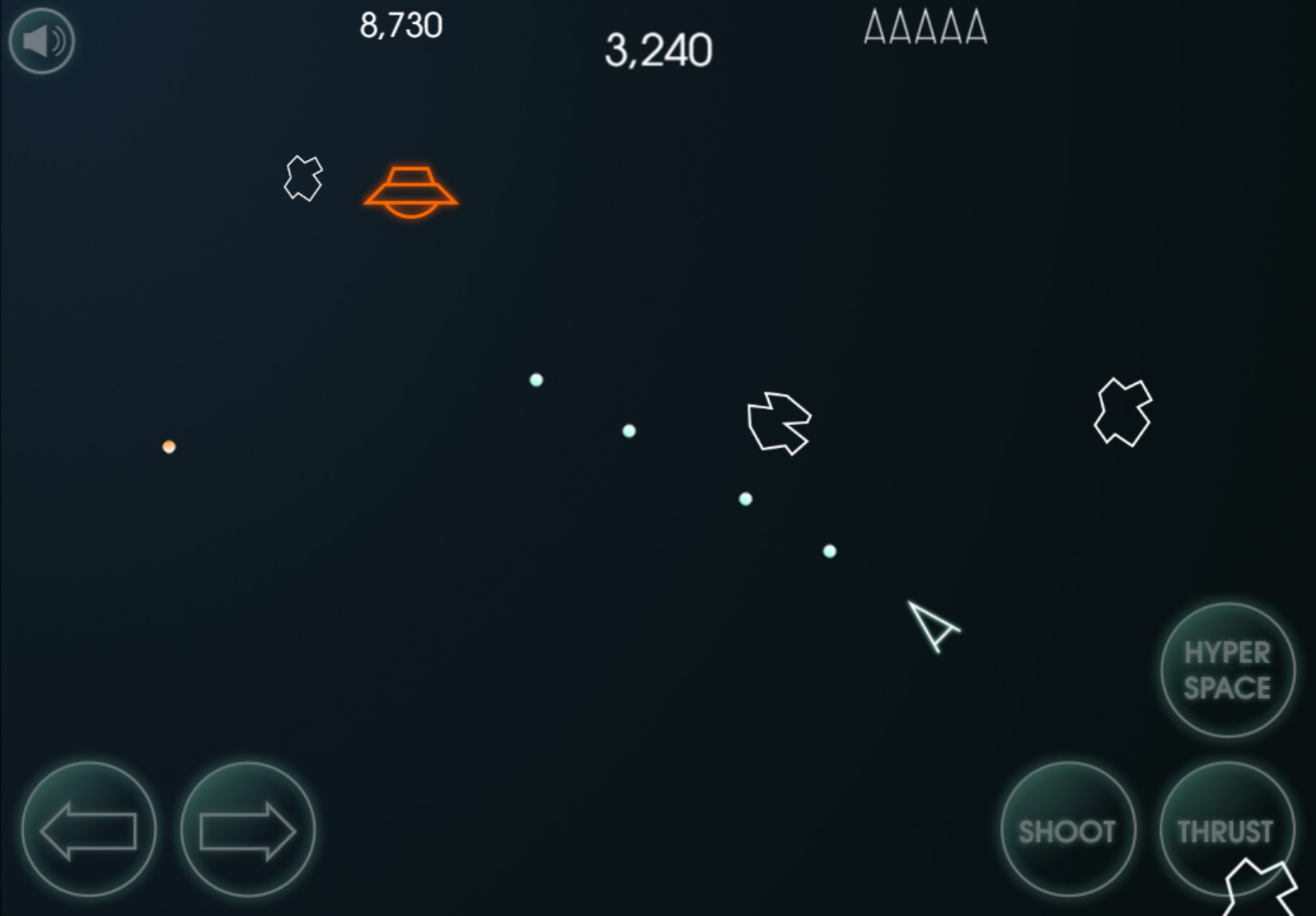 The big saucer will shoot randomly and poorly, but the small saucer is much more precise! It will also give you 1000 points! Don’t forget to use the Hyperspace feature, but don’t use it too frequently or your ship might crash.