Defeat waves of invading aliens, while protecting the astronauts in this Williams arcade classic remake.

Posted on 4th May 2021. Follow @phaser_ and get the Phaser World newsletter. 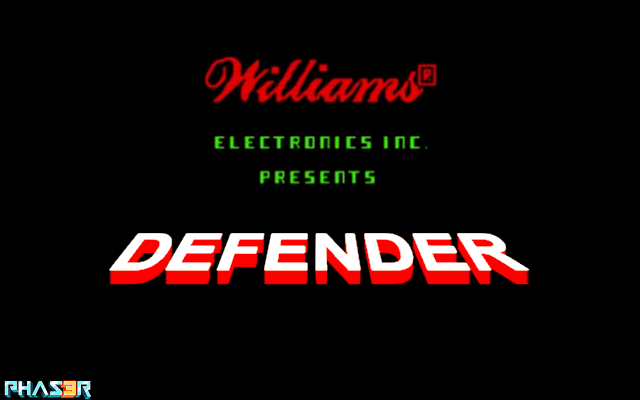 As part of his lockdown dev challenge, GaryD set about recreating the classic video game Defender. Originally developed and released by Williams Electronics in 1981 it's a horizontally scrolling shooter set on an alien planet where you must defeat waves of invading aliens while protecting astronauts. 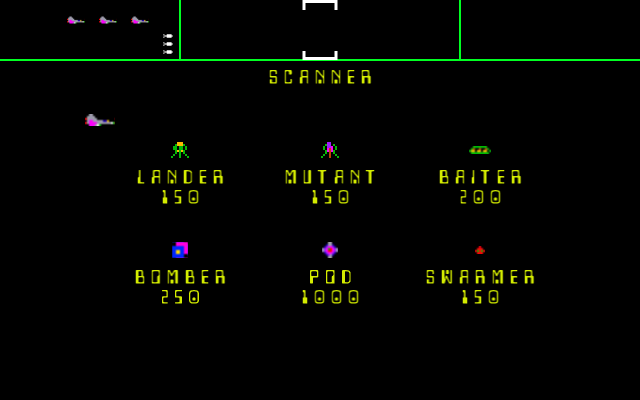 Defender is a two-dimensional side-scrolling shooting game set on the surface of an unnamed planet. The player controls a spaceship as it navigates the terrain, flying either to the left or right. Cursors or an XBox controller controls the ship's movement, and you can fire, release a smart bomb or enter hyperspace. 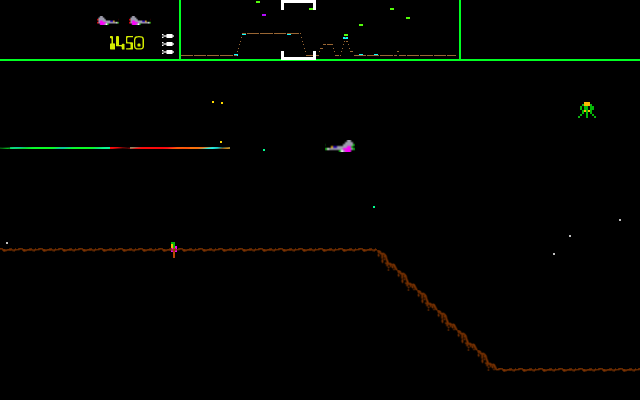 The object is to destroy alien invaders, while protecting astronauts on the landscape from abduction. Humans that are abducted return as mutants that attack the ship. Defeating the aliens allows the player to progress to the next level. Failing to protect the astronauts, however, causes the planet to explode and the level to become populated with mutants. 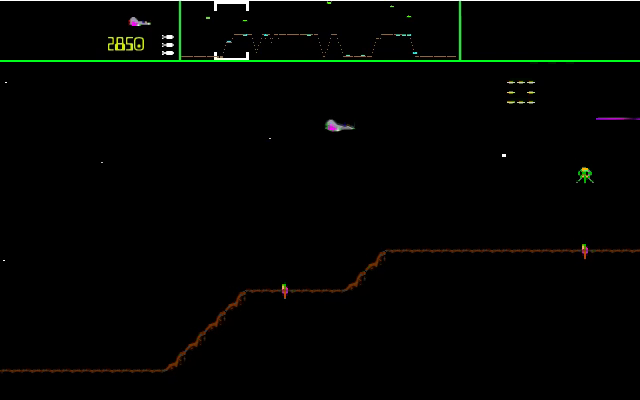 Surviving the waves of mutants results in the restoration of the planet. Players are allotted three ships to progress through the game and are able to earn more by reaching certain scoring benchmarks. A ship is lost if it is hit by an enemy or its projectiles, or if a hyperspace jump goes wrong (as they randomly do). After exhausting all ships, the game ends.

This is a superb recreation of the classic and great fun to blast away on!