Your six cities are being attacked by an endless barrage of ballistic missiles. It's up to you, commander, to protect them.

Posted on 20th Apr 2021. Follow @phaser_ and get the Phaser World newsletter. 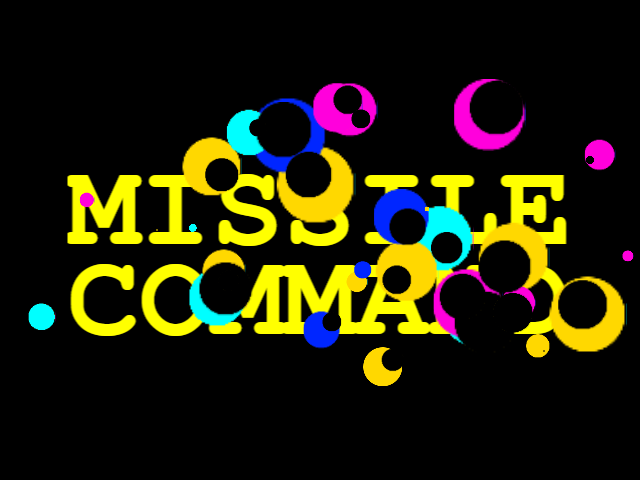 During the 2020 lockdown, GaryD took it upon himself to recreate some of his favorite arcade games in Phaser. We've already featured Kung Fu Master and 1942, but now it is time for the sublime Missile Command. 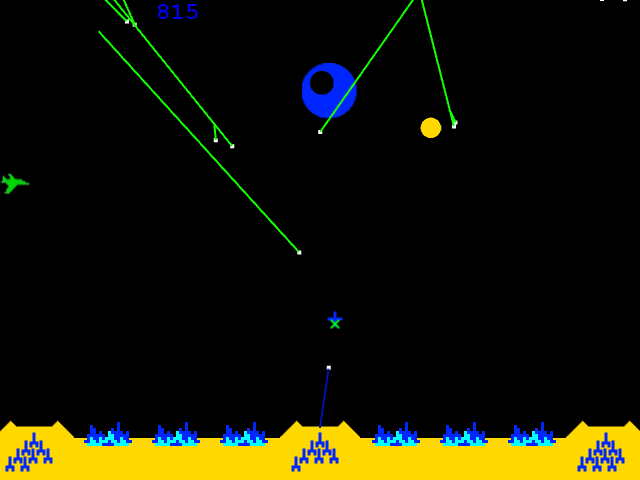 Originally released by Atari in 1980, your six cities are being attacked by an endless hail of ballistic missiles, some of which split like multiple independently targetable reentry vehicles. New weapons are introduced in later levels: smart bombs that can evade a less-than-perfectly targeted missile, and bomber planes and satellites that fly across the screen launching missiles of their own. As a regional commander of three anti-missile batteries, you must defend six cities in their zone from being destroyed. 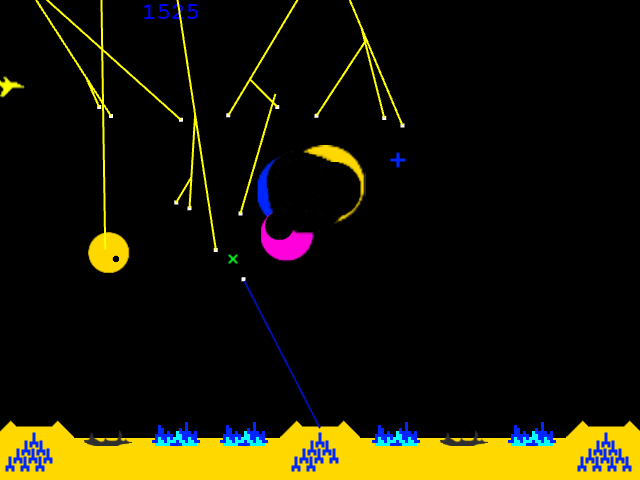 The game is played by moving a crosshair across the sky background and pressing one of three buttons to launch a counter-missile from the appropriate battery (or the closest to the mouse). Counter-missiles explode upon reaching the crosshair, leaving a fireball that persists for several seconds and destroys any enemy missiles that enter it. 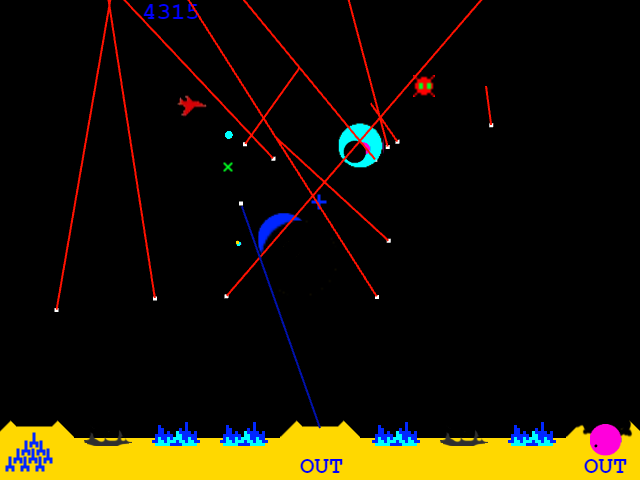 There are three batteries, each with ten missiles; a missile battery becomes useless when all its missiles are fired, or if the battery is destroyed by enemy fire. The missiles of the central battery fly to their targets at much greater speed; only these missiles can effectively kill a smart bomb at a distance.

This is another top-quality remake and great fun to play!