Build the legendary tower of Babel in this thrilling idle browser game.

Posted on 5th Mar 2021. Follow @phaser_ and get the Phaser World newsletter. 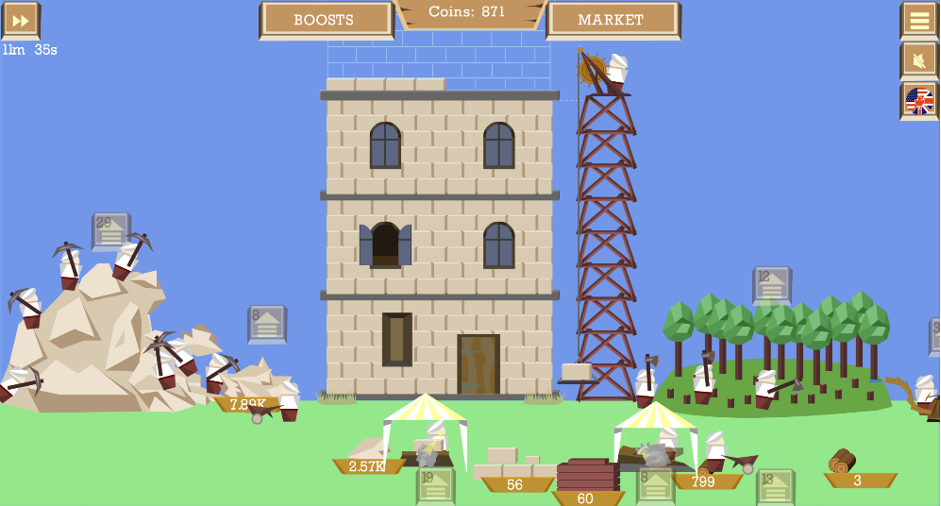 Build the legendary tower of Babel. This thrilling idle browser game lets you mine and process natural resources to build Babel Tower. Manage your resources, upgrade your workers, and elevate this biblical tower beyond the sky.

Babel Tower is an incremental game where you manage one of the world’s most ambitious construction projects. Incremental games, also known as idle games, involve simple clicking mechanics to progress in the game.

Every outstanding achievement has humble beginnings. When you start building Babel Tower, you’ll be mining stone from the quarry and building bricks by clicking on your brick worker. As with most clicking games, your ability to click rapidly will help, but the auto-clicker does the work when you can’t. 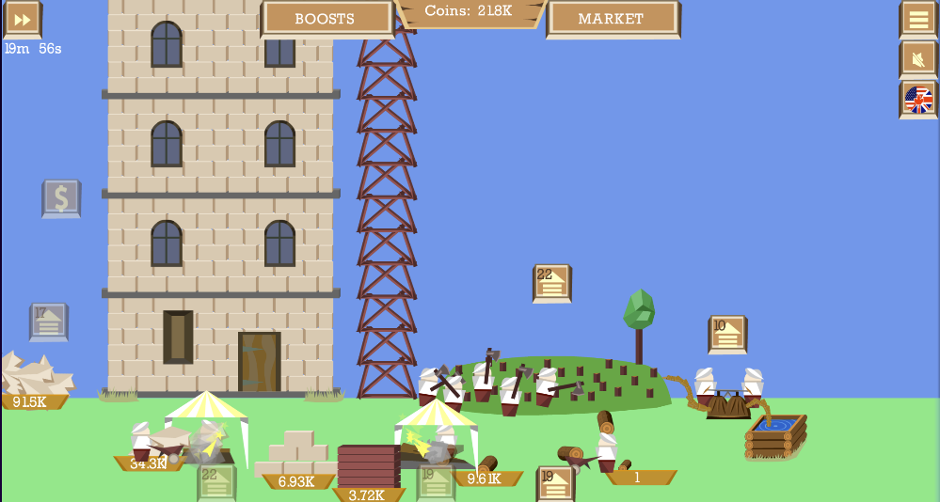 The game progresses in stages, with each floor of the tower bringing a new level of difficulty that requires further upgrades and a greater output of resources. When you reach new levels, you’ll get extra resources like trees for creating wood. The wood is for extending your crane to build the next floor of this biblical tower.

Each resource and worker have a level that you can increase so they work more productively. You’ll need to earn gold by selling resources to level things up or watch a short advertisement to level up for free. The game generously provides time boosts in the earlier stages to speed things up.

Each stage requires significantly more resources than the last. You’ll be given a drummer who plays a beat to speed up your miners by floor four. In the later stages, you’ll need to employ the help of elephants, camels, and advanced technologies like helicopters to increase goods’ production dramatically. Naturally, elephants and camels will also need feeding. 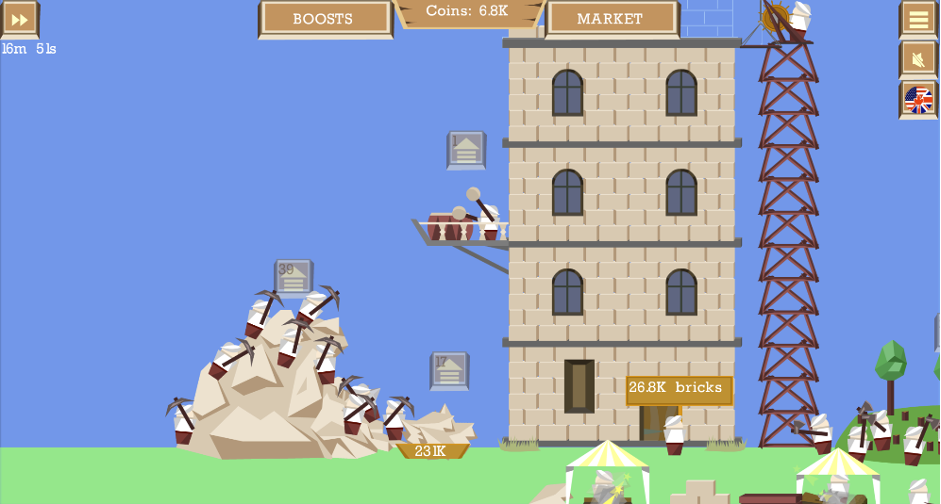 There are many surprising things in-store as you move through each level. Eventually, your tower is peering above the o-zone layer into the vastness of the cosmos. At the top, you’ll have a curious scientist conducting intriguing experiments. He’ll spectate the stars and drop apples from the top to see how they fall. That earns you science points to equip the lab in the basement and purchase permanent upgrades for your production line.

Because it’s an idle game, you aren’t expected to micro-manage it. Instead, you can leave it running in the background and your workers will continue building the tower as you do other things.