Learn to code and lead your intrepid crew on a mission to save The Cloud in TwilioQuest, a PC role-playing game inspired by classics of the 16-bit era.

Posted on 16th Mar 2020. Follow @phaser_ and get the Phaser World newsletter. 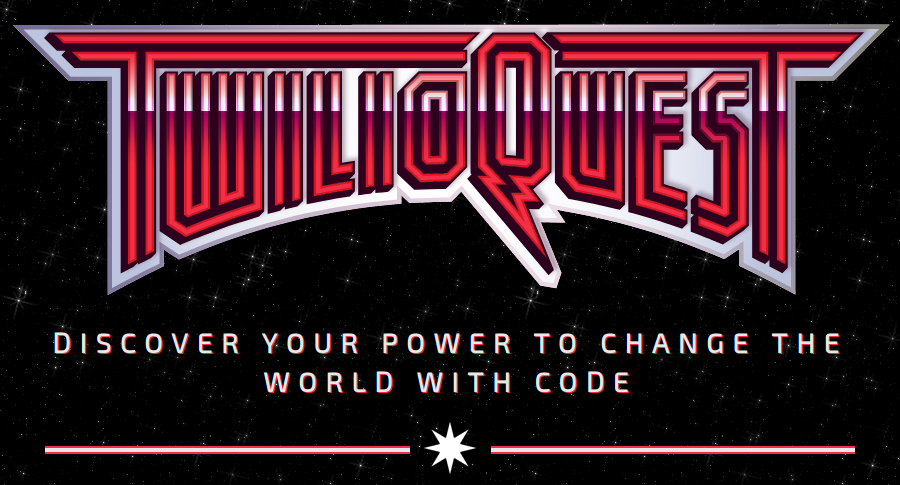 "More and more of our lives are lived inside computers. This vast virtual universe, which we call The Cloud, is home to countless worlds, and expands every second of every day. The ability to write code, the laws that govern these virtual worlds, has become a precious resource.

The power of code is so potent, it has attracted the attention of those who seek to greedily expand and jealously defend their own power. A shadowy organization, known only as the Legacy Systems, plans to exploit their hoarded wealth and privilege in a sinister plot to dominate the free people of The Cloud.

The "TwilioQuest" program was created in secret to train an elite group of leaders to confront this dangerous enemy. Part software engineer and part captain, we know them as the Operators. Operators explore and safeguard the wild frontier of The Cloud, building new tools and technologies destined to touch billions of lives. Operators are sworn to use their powers only to write code that unlocks hope, power, and freedom for all of humanity.

The only thing standing between the Legacy Systems and their total victory is brave souls like you. Take up the tools of software development. Become an Operator. Save The Cloud." 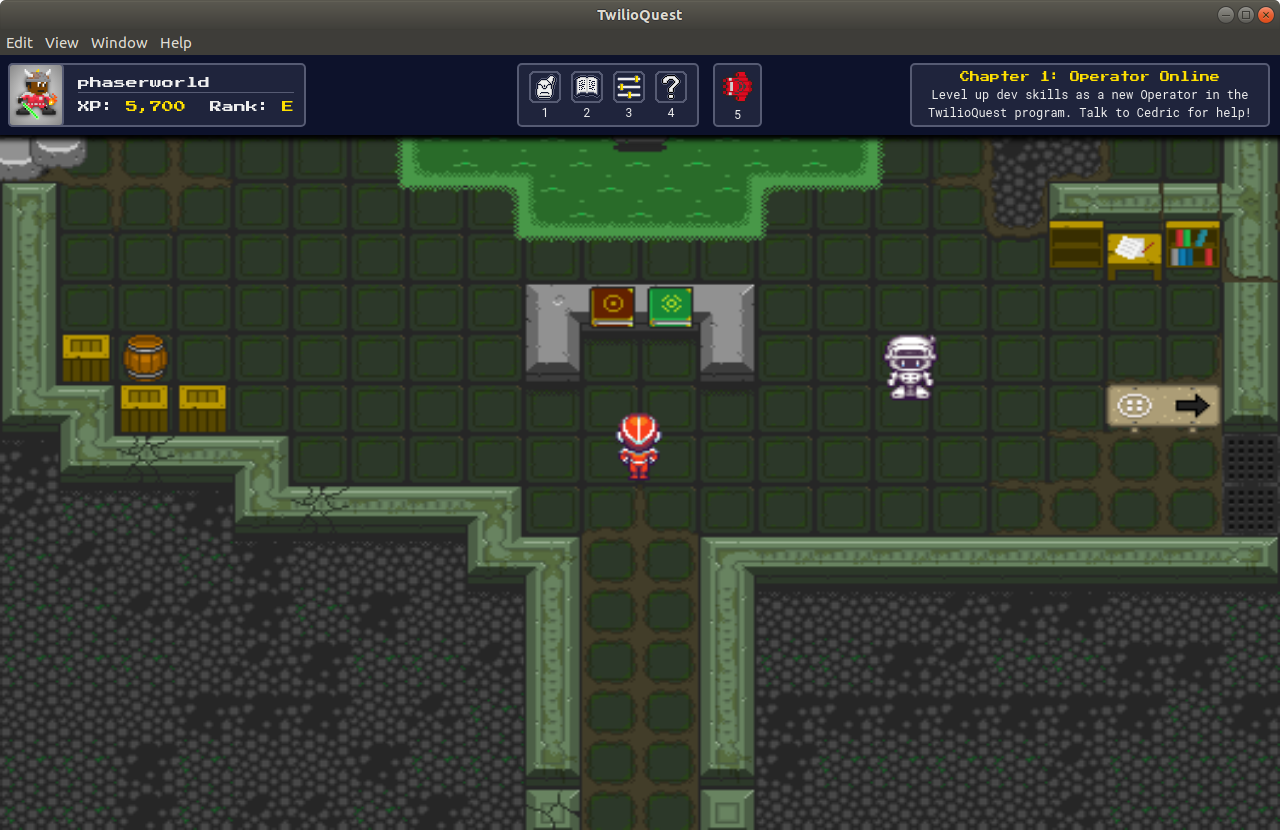 You play as an Operator under the guidance of Cedric, your virtual intelligence assistant, to confront the Legacy Systems and save The Cloud.

TwilioQuest wraps learning to code into an interactive adventure that is designed to help new users develop coding skills. Do your first pull request to an open source project, learn JavaScript, Python and how to use Twilio services and APIs all while playing a game.

Features an in game code editor (or you can use your own): 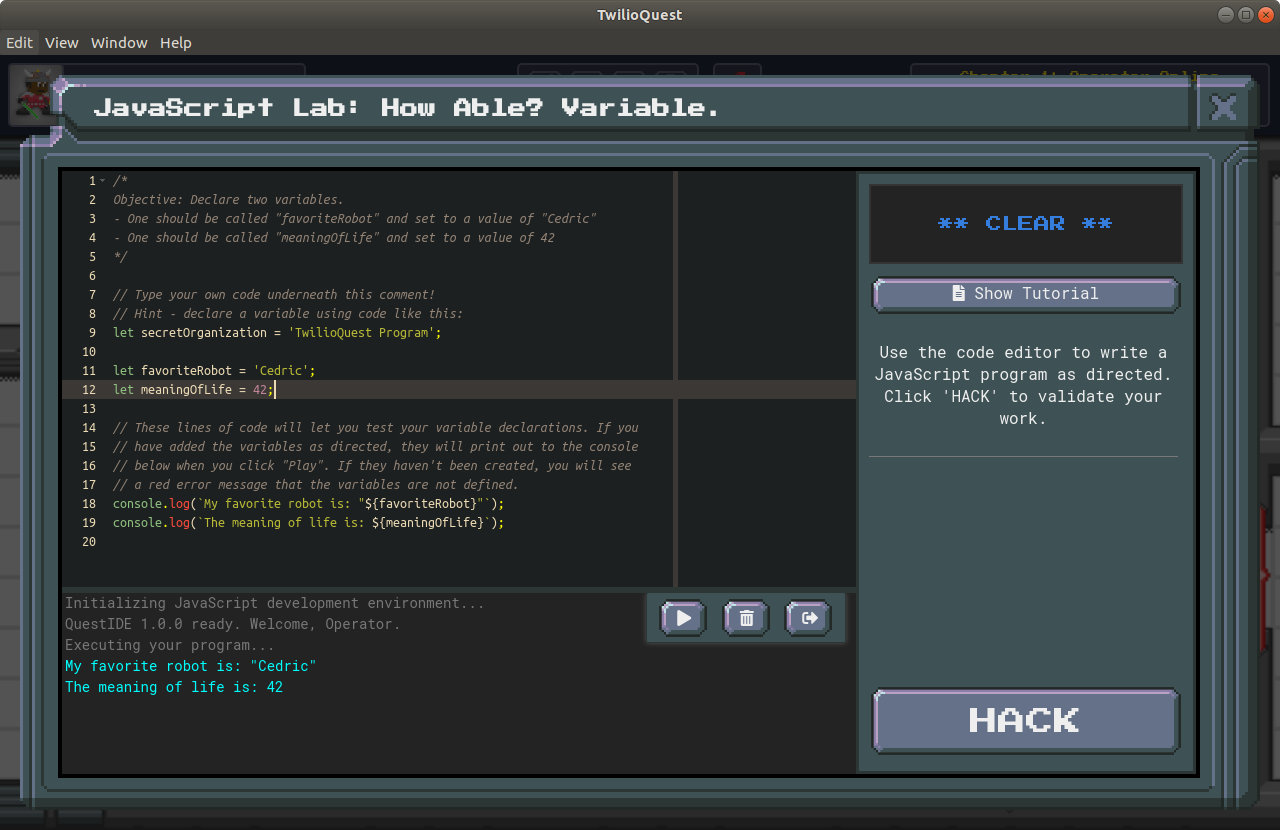 Along with 12+ training missions that teach the basics of Git, JavaScript, Python and using the Twilio APIs: 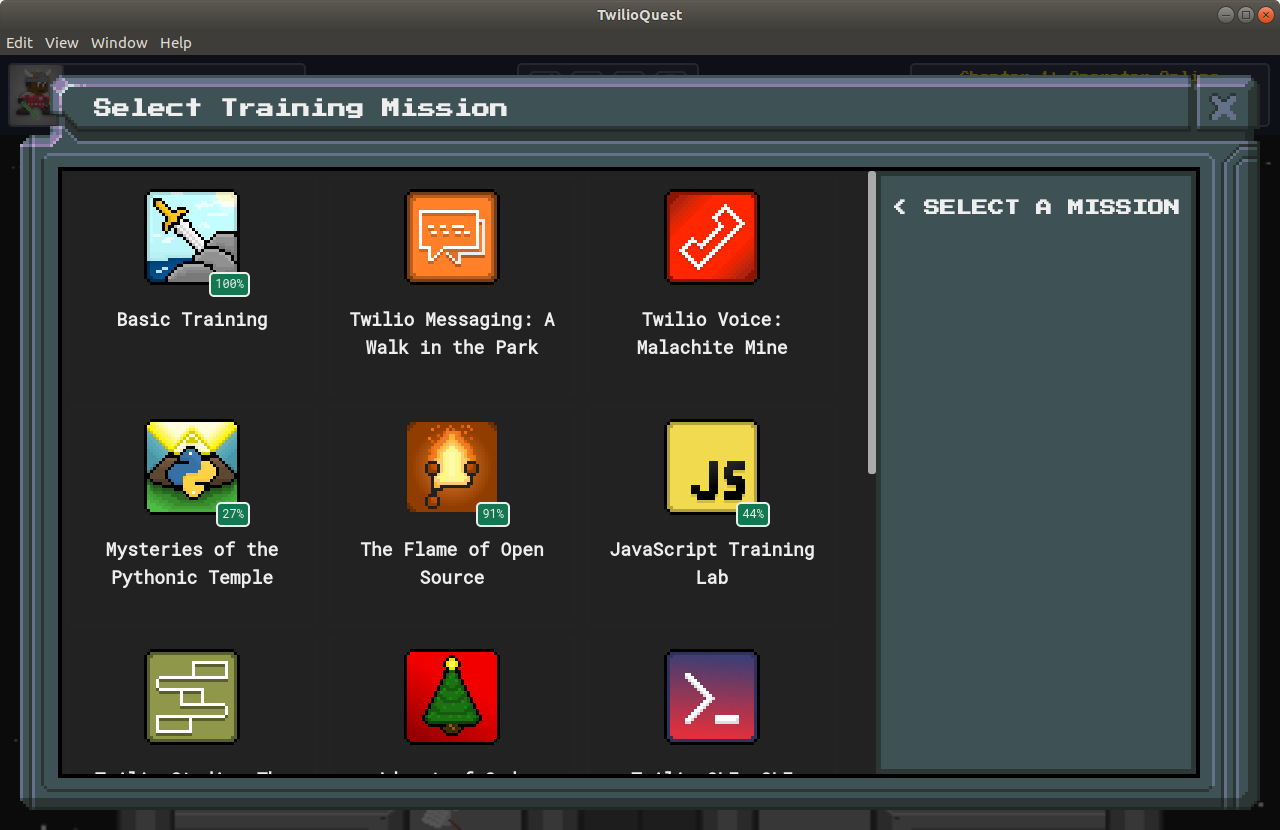 There are customizable characters, inventory, achievements, narration, an original soundtrack and much more. 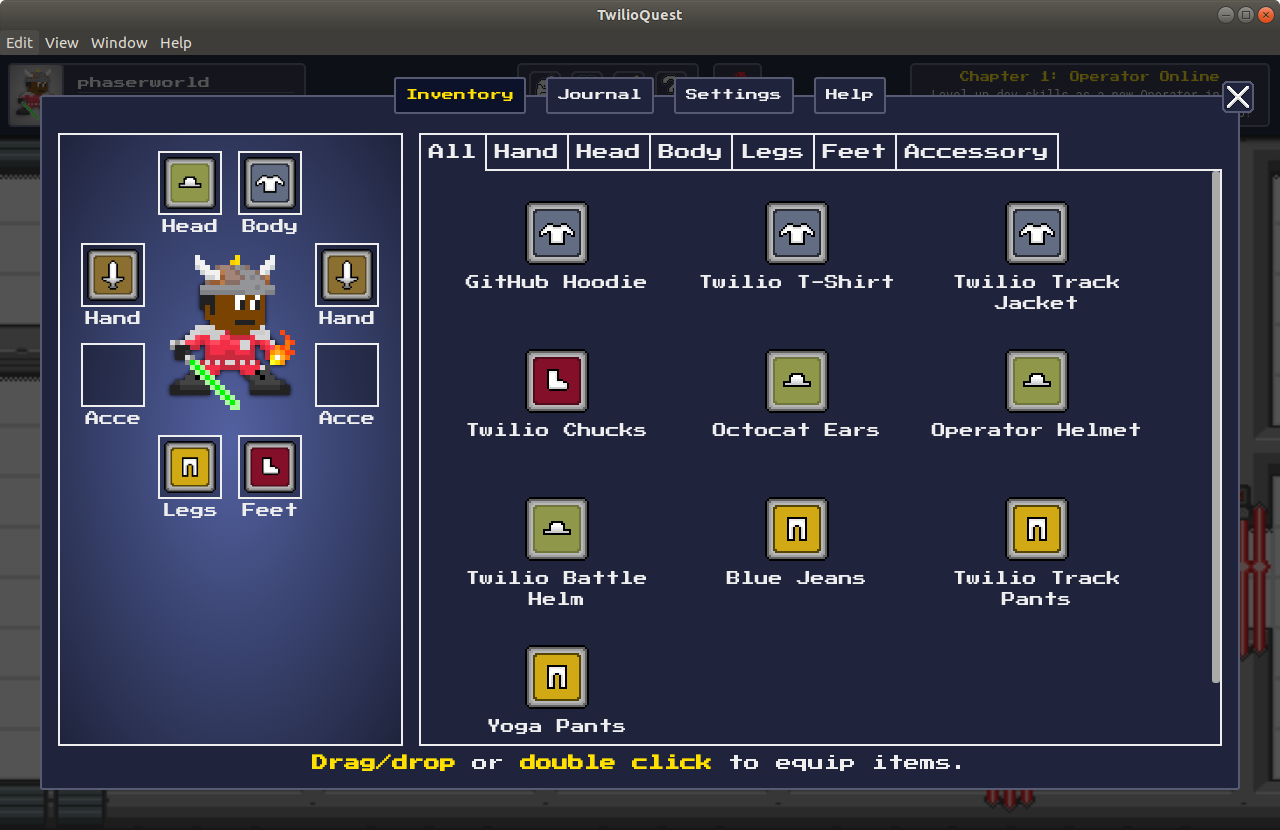 TwilioQuest is distributed as an Electron app and uses React components with Phaser 3.