A pixel art arcade action game harking back to the era the Netflix show is set in. Grab your camera and shoot your way through the monsters. 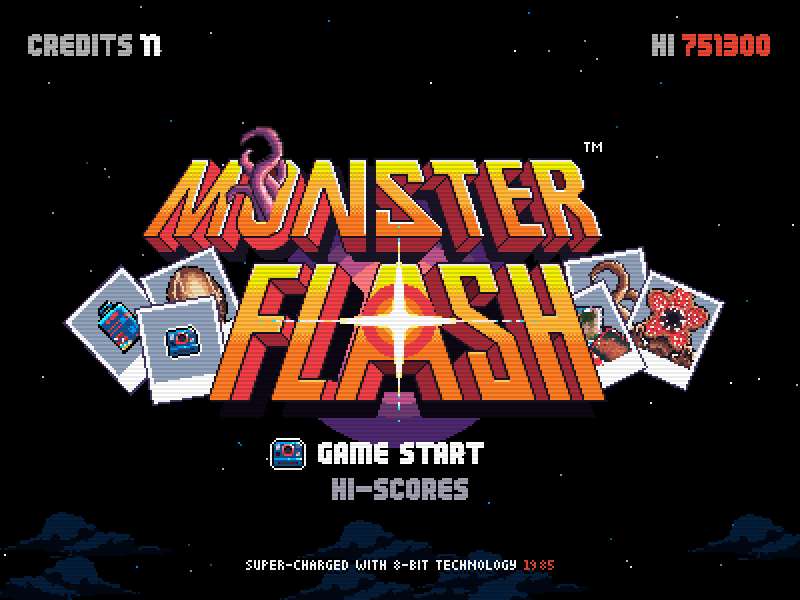 Monster Flash is a retro-arcade throw-back created by Polaroid (yes, the camera company) in association with the hit Netflix show Stranger Things, to help promote their new Stranger Things special edition of their OneStep 2 polaroid cameras. 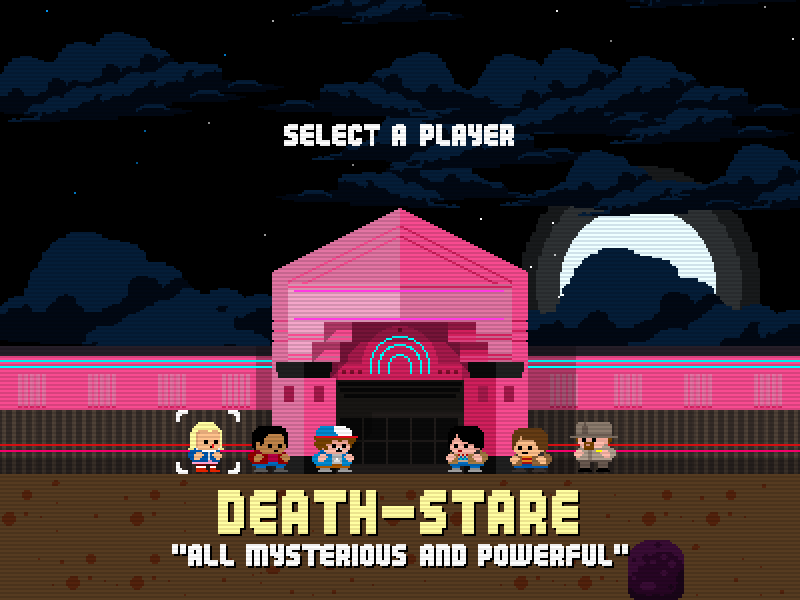 The first thing you'll have to manage is to actually start the game. There's no obvious "play" button on the site, as the game is meant to be an easter-egg for Stranger Thing fans to discover. I'll give you a clue though: there's is a very famous sequence of movement and button presses created by Konami that will do the trick. 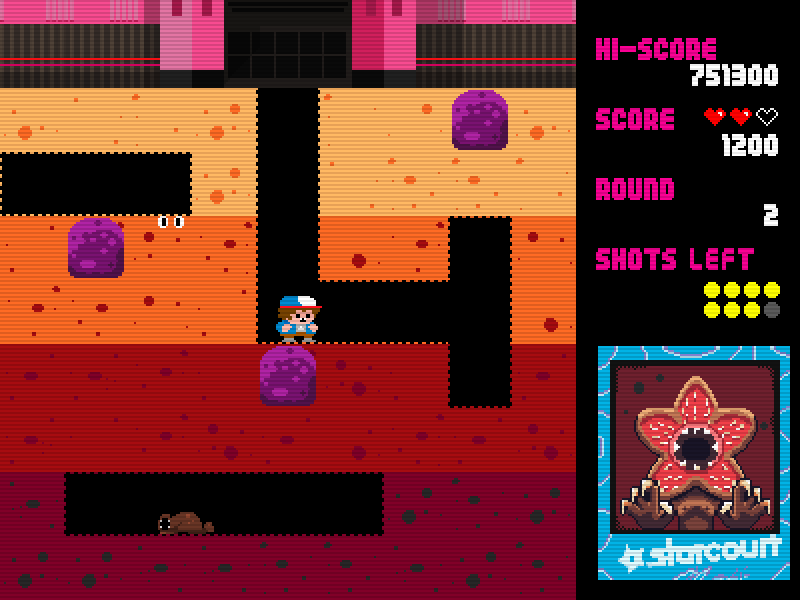 Once you're in, the game itself is a real joy to behold. It plays a lot like the classic Dig Dug. You dig your way through the level and can cause the rocks to drop down and crush the baddies. You're also armed with a camera (of course!), and if you hold down the space bar it takes lots of pictures, which stun the monsters. Stun them enough times and they explode. It's harder than just crushing them with rocks, but definitely more rewarding.

The monsters can enter 'ghost' mode, where they turn into a pair of eyes and move freely around the level. So be sure not to run into them when they're like that. You have a certain number of shots, but can pick-up photos that appear within the levels to refill this. 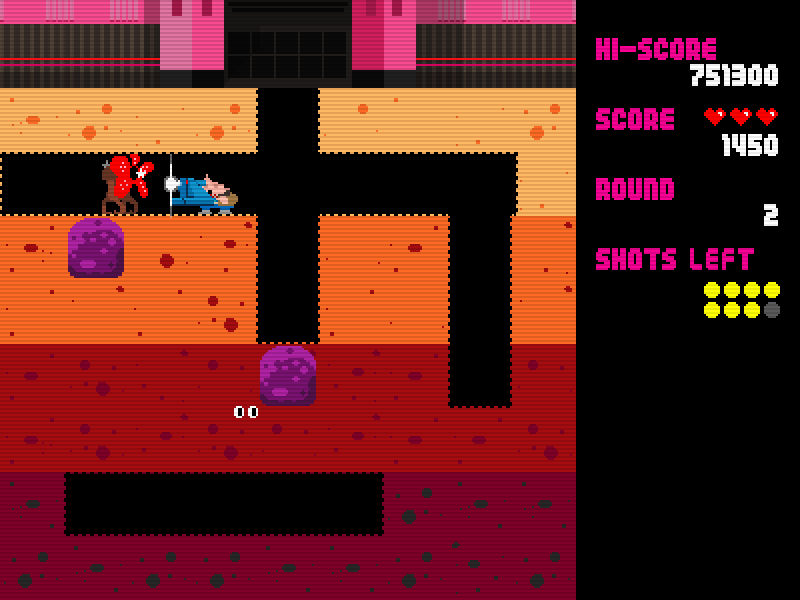 Visually, it's a pixel art treat and it's as addictive and frustrating as the arcade games of the 80s from which it takes inspiration. There are some lovely little in-jokes and nods to the show too. So, grab your camera and flash your way through this addictive little game.