Test your Movie IQ in this Marvel Superhero themed trivia game, with lots of fun rounds and slick presentation.

Posted on 10th May 2019. Follow @phaser_ and get the Phaser World newsletter. 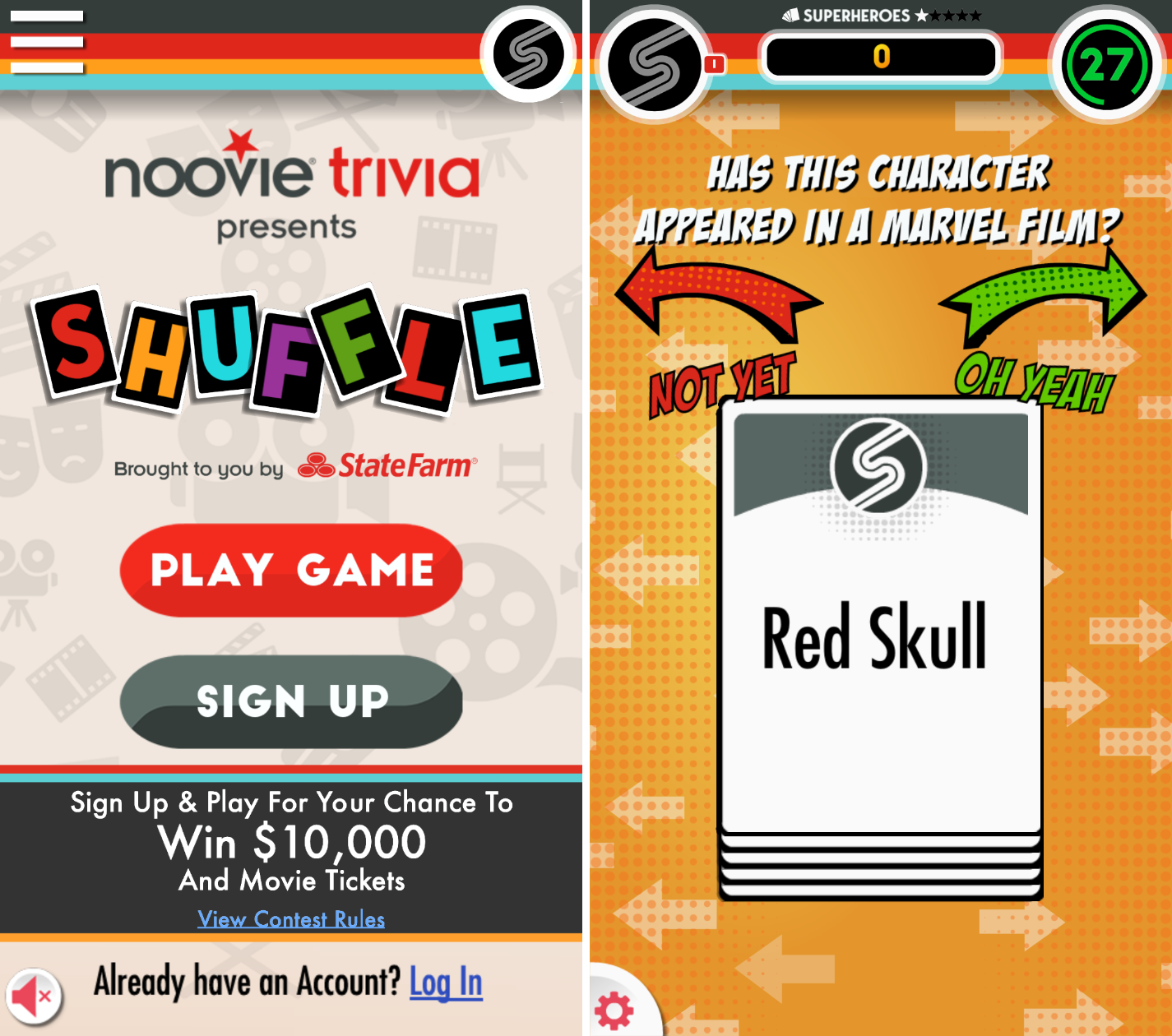 Noovie Trivia recently released their new game Shuffle. The game was presented to viewers in US cinemas prior to the showing of Avengers Endgame and offers a fun, quick-fire Marvel-themed trivia game spread across a number of different stages.

The different stages include sub-games like Flicks, in which you have to flick the card to the left or right, depending on the answer. For example, has the character Red Skull appeared in a Marvel film? 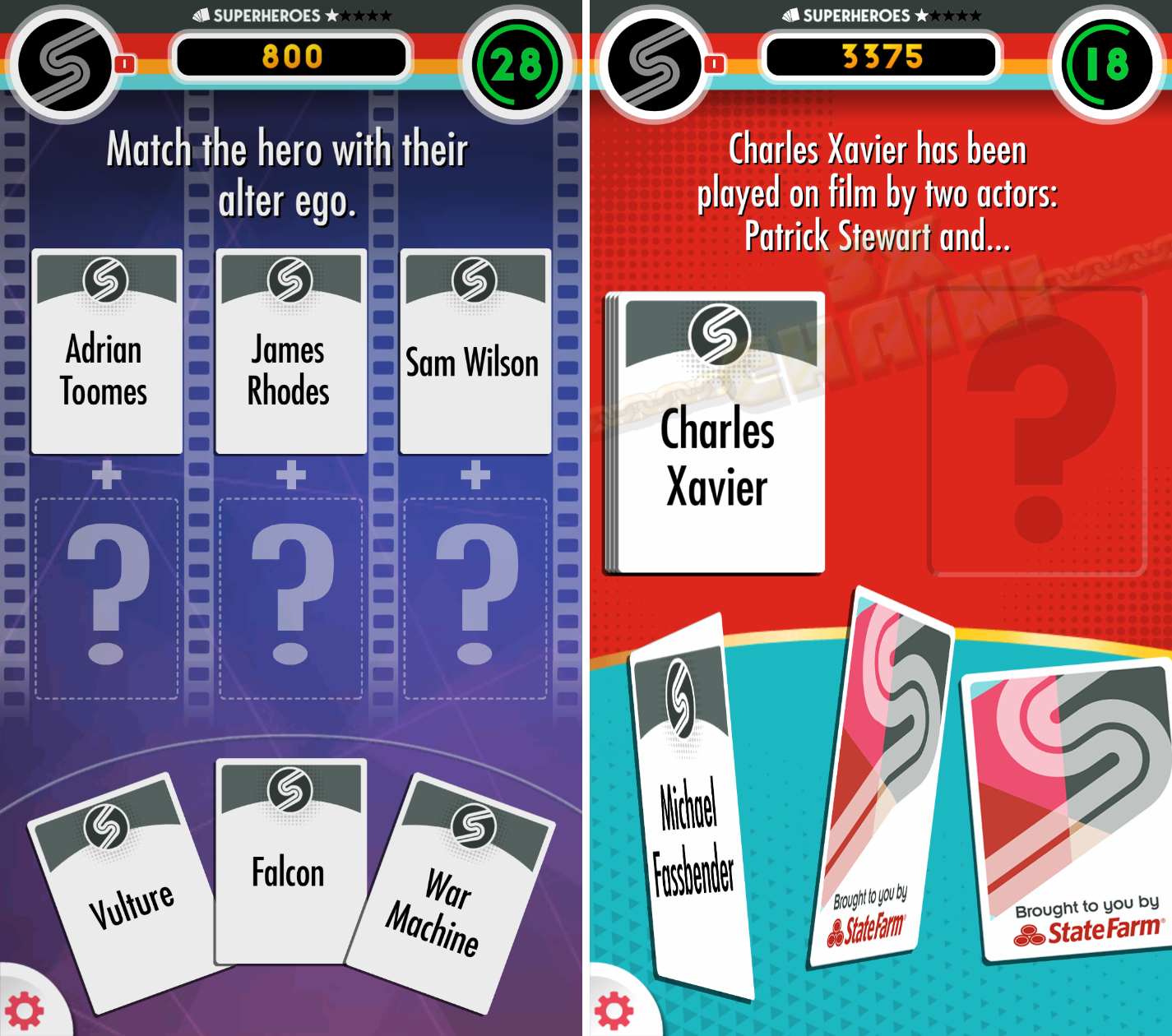 Star Chains asks you a series of related questions, and the more you get right in a row, the more points you get. Match Up has you pairing three different character names to their superhero aliases, and so on.

Presentation is super-slick through-out and it's clearly aimed at mobile, as it was originally intended to be played by a mobile wielding audience prior to the film starting. If you've a Noovie account you can save your score and further trivia packs are due to be released, there's also a competition to enter (likely for the US only, though) 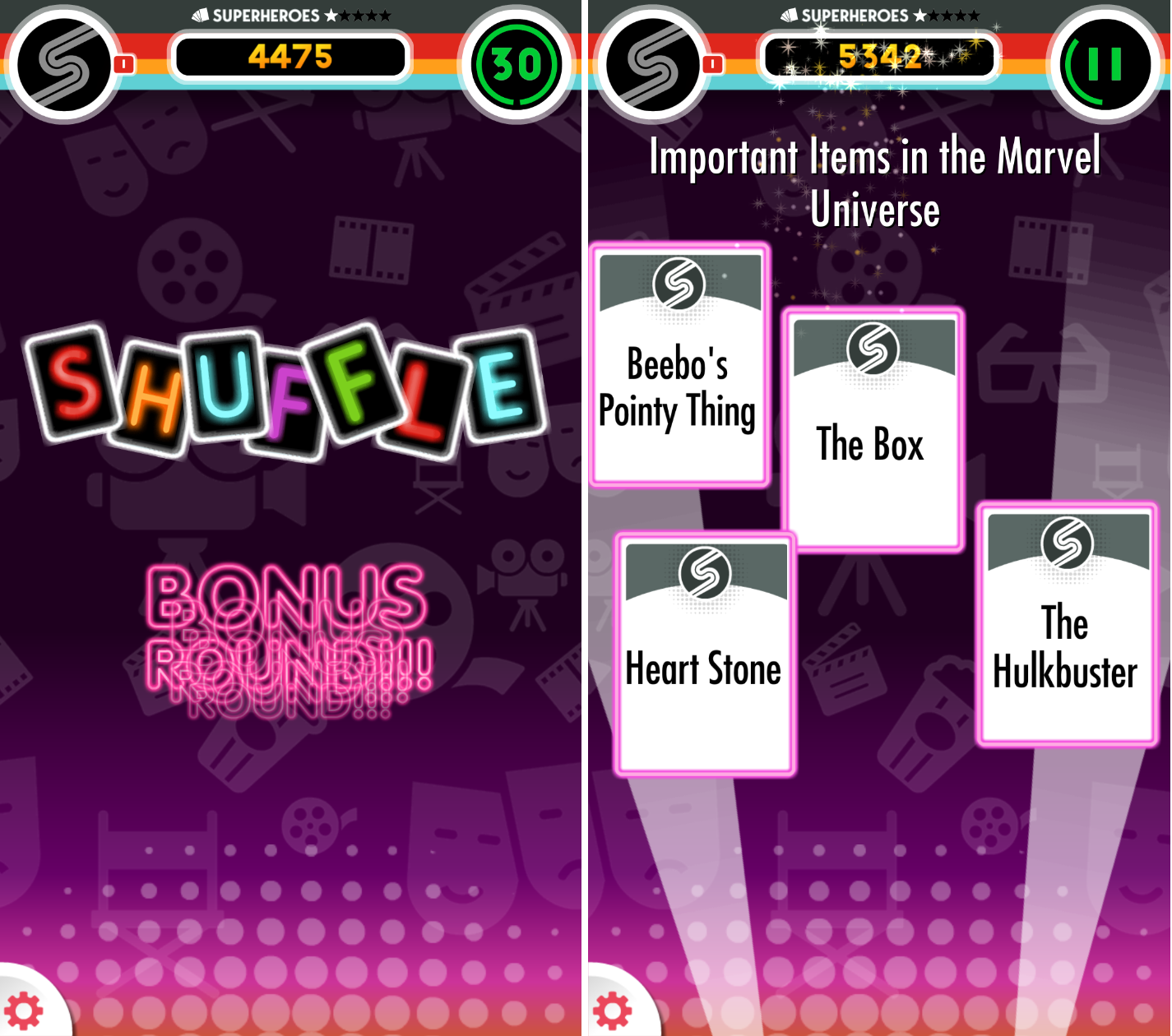 It's a great example of a high-polished trivia game with a topical theme. I'm looking forward to more trivia packs being released!