The April Phaser Backer Examples are now available including the new Phaser 3D class and no less than 34 examples. 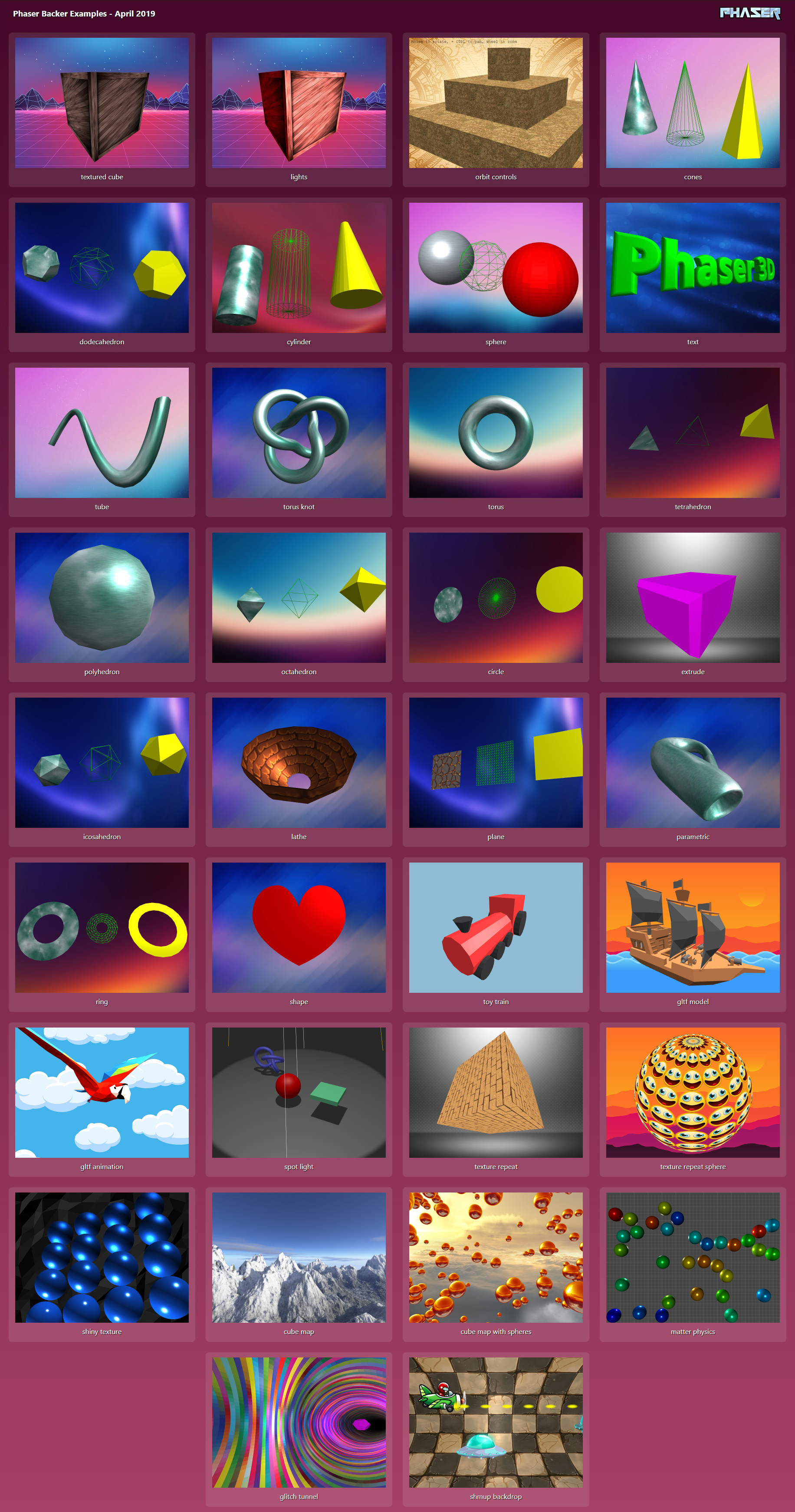 Phaser relies entirely on community contributions to fund its development. Being a Phaser Backer entitles you to some great perks, one of which are exclusive source code examples.

Each month you'll get a new zip file with at least 10 examples and associated assets. The April pack was recently released to backers and was the largest pack yet. It included the new Phaser 3D class, which is a special wrapper around Three.JS, allowing you to mix and match 3D scenes into the standard Phaser display list, and providing over 60 helper methods for all kinds of things, from setting up fog and shadows, to creating geometry, to loading in model data.

As well as the Phaser 3D class there were also no less than 34 examples showing off how to use it! These included:

All examples are written in ES6, come packaged with an html front-end and use the latest build of Phaser to demonstrate cutting-edge features.

Back Phaser today to get access to them instantly, along with lots of other benefits.