Learn how to use Tweens with curves and Bezier Curves with full source code. 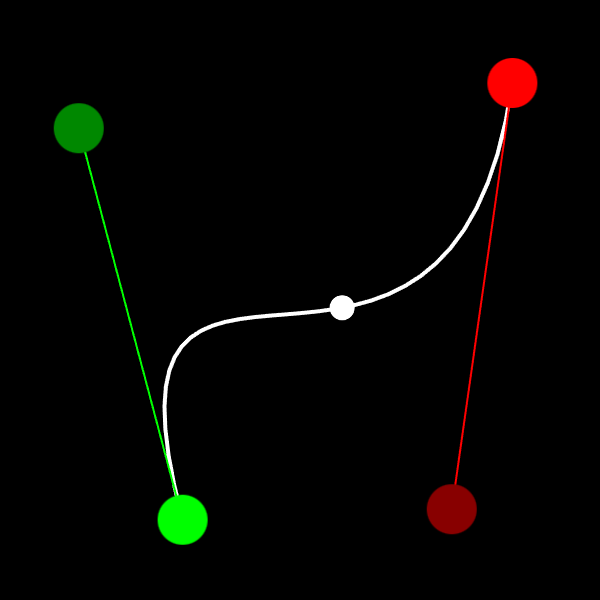 Emanuele Feronato writes: "When I updated my Down the Mountain prototype to Phaser 3 version, I did not use Bezier curve to tween player movement as I did in Phaser 2 version, because I couldn’t find an easy way to do it.

Obviously, there could not be something I am not be able to do it with Phaser, so I started studying its new features like paths and native cubic Bezier support, and now I have the solution.

Do you know what is a Bezier curve?

A Bezier curve is a mathematically defined curve used in two-dimensional graphic applications. The curve is defined by four points: the initial position and the terminating position (which are called “anchors”) and two separate middle points (which are called “handles”)."