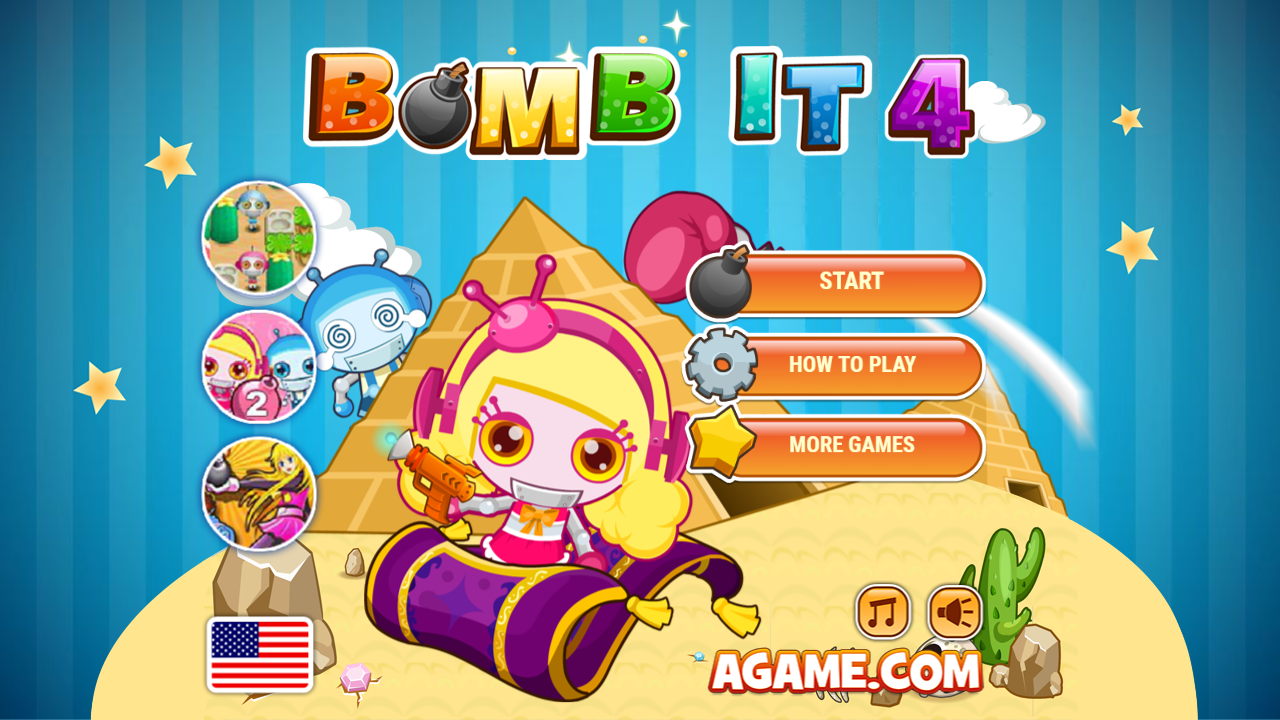 The Bomb It series continues with this superb new addition. As you can probably guess from the screen shots and title, this is a browser based take on the classic Bomberman series of games. 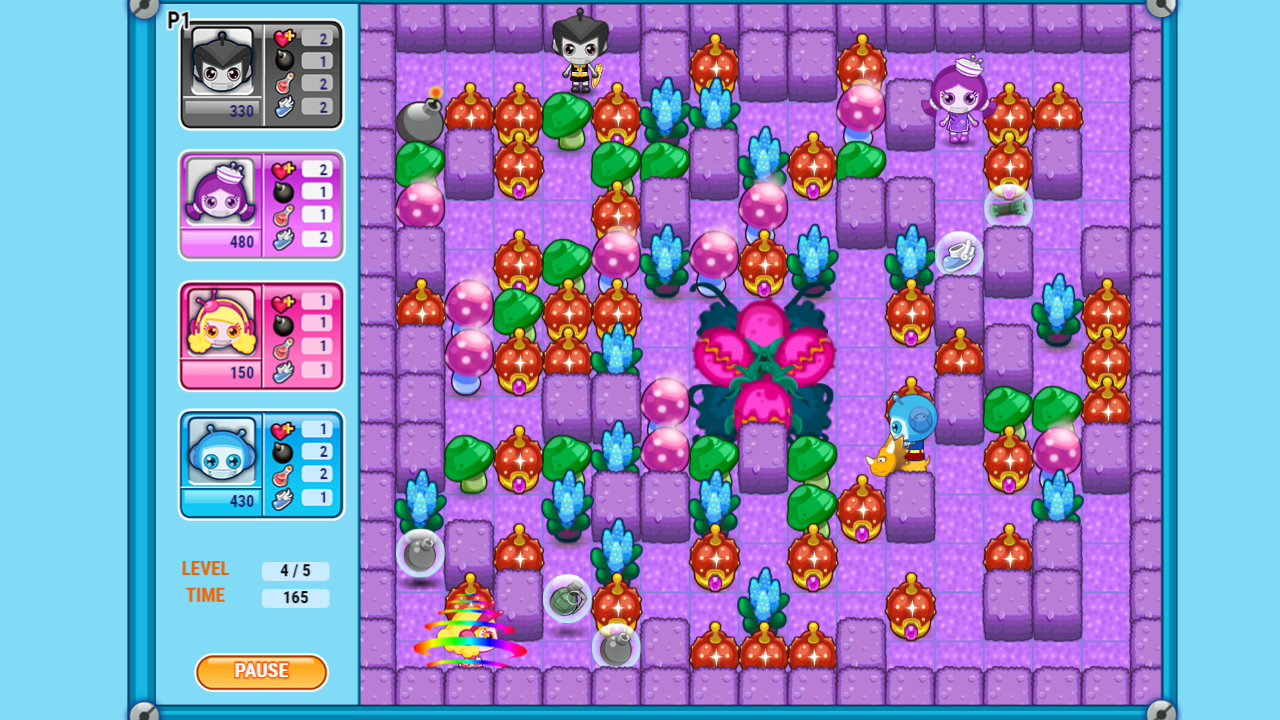 At its core, you simply charge around the level dropping bombs and trying to blow the other players up. You can have 1 or 2 local players and up to 3 enemy AI players to battle against. There are lots of arenas, varying in graphical style dramatically and you can play anywhere from 5 to 20 rounds at 3 difficulty settings. There is an Arcade mode, a Battle Royale, a Coin Collector and even Tile Tag game modes. 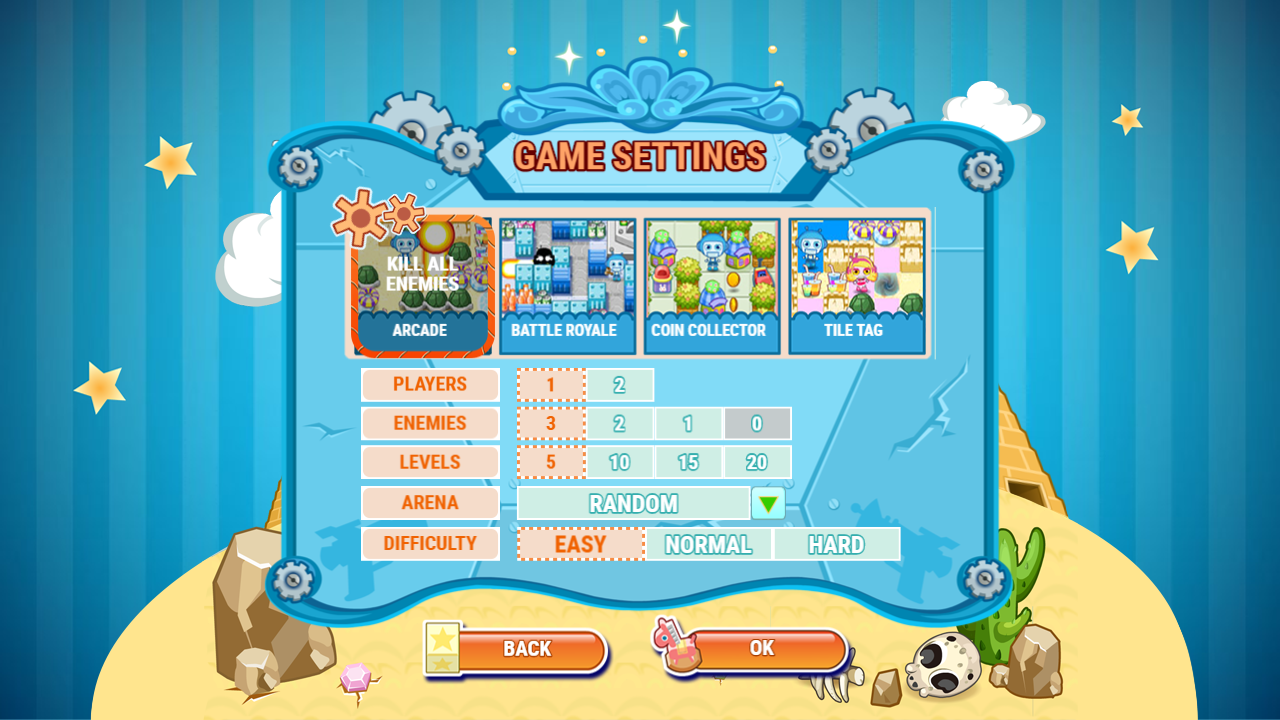 As you blast your way around the level you'll uncover power-ups. These give you more fire-power or enhancements, such as the ability to drop extra bombs, or make the blast radius of your bombs reach even further. 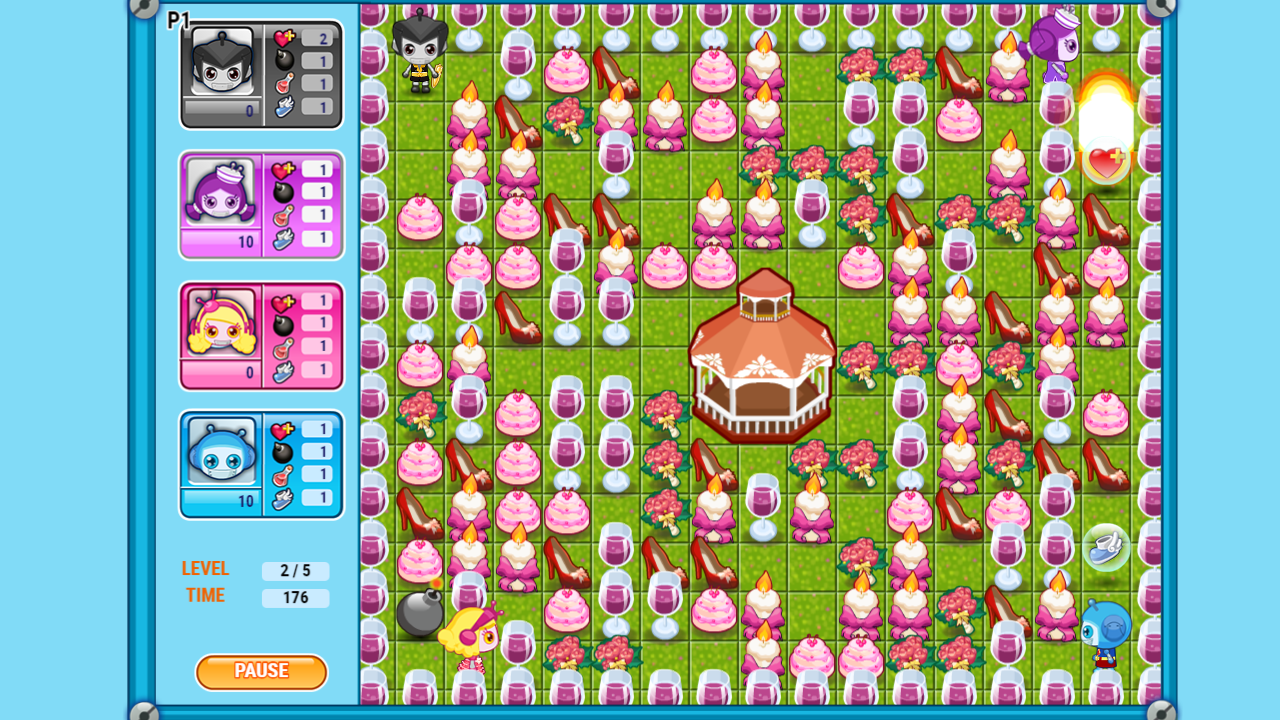 There are other power-ups too, such as a ride-on dinosaur, a pogo stick that allows you to leap blocks, a flame thrower, a boxing glove to knock bombs out the way, shields and even ninja throwing stars. Of course the enemy can collect these too and use them against you!

The last player standing wins and you can spend points on upgrading your characters clothing. Bomb It 4 is nothing if not comprehensive!