A story driven cross between an RPG and a platformer. 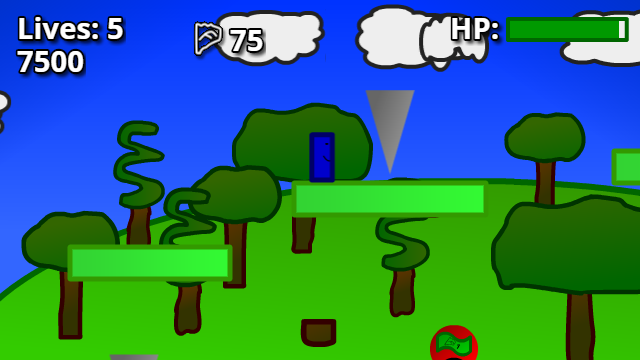 Floorsland is a series of games created by developer Telinc1, released onto Newgrounds several years ago. Floorsland Reborn is a brand new remake of games 3 and 4, rebuilt from Flash into HTML5.

You'd be forgiven for thinking the games are pretty basic based on the screen shot alone, but you'd be wrong. There is a lot more going on that first appears. Dialog driven story opens the games and then a tutorial leads you through how to play. From avoiding spikes, to collecting currency to teleporting. It plays sort of like a cross between an RPG and a platformer, with heavy use of stats and a quick saves. There are some interesting concepts and honestly, it's worth having a play and quite easy to get sucked in.