A first look at the Arcade Physics 2 API for Lazer.

Posted on 17th Jun 2016. Follow @phaser_ and get the Phaser World newsletter.

I asked Felipe to put together something describing the work he's been doing on the Arcade Physics 2 API, and this is what he wrote. This is available for testing right now in the Lazer GitHub repo, and you can run all the examples seen in this article. Full details are at the end.

The new implementation for Arcade has come with a lot of experimentation and internal testing. The main approach I had when I started implementing the system was it should be fast and that it must support convex polygon detection and solving. Usually games have multiple objects colliding so the approach I took for Arcade 2 was to avoid single collision testing and instead do batch collision requests. This means there are some important changes in the API compared to Arcade 1.

The new implementation splits different functionalities into systems. Systems in Arcade 2 generally work independently from each other and each one at different times of execution. For example the system in charge of updating bodies properties will run before the system in charge of handling collision and solving it. The three main systems that are used in Arcade 2 are Physics System, Collision System and Collision Callback.

The job of the physics system is to update all the registered bodies. This means doing all the calculation for handling velocity, acceleration and gravity. This also applies for angular movements. Finally the position data is updated and ready for the use of the Collision System.

The main function exposed by the physics system is UpdatePhysics.

UpdatePhysics requires you to pass the current physics step. This function is called first before any collision related function. 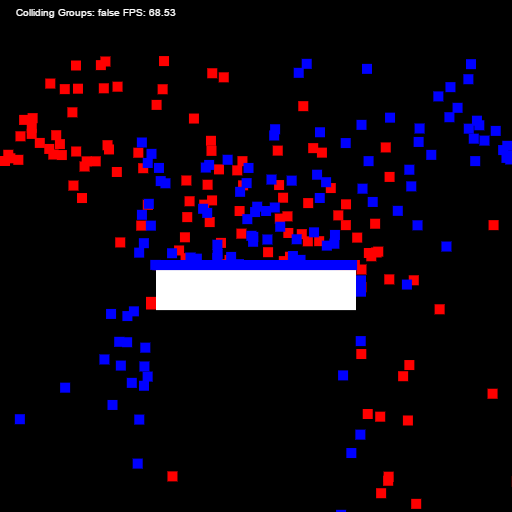 The collision system is the most complex one and also the one with the most CPU intensive task. The first step of the system is to categorize collisions. The current categories are:

What it does is go through each category of collision type and solve them. This allow us to avoid multiple branching when trying to detect which type of collision we must test.

Collide will actually separate two colliding bodies and apply any physical properties they have like bounce, friction or mass.

Overlap will only evaluate if two bodies are overlapping and tell the collision callback system to emit a callback function for the overlap request.

Arcade 2 introduces the concept of colliders. This is mostly because we can have different shapes of bodies. The main current three colliders are Polygon Collider, Rectangle Collider and AABB Collider.

A polygon collider defines an abstract representation of polygon data used by the collision system to solve Polygon to Polygon category collisions.

The way you construct a polygon collider is by passing and array with a polygon vertex data. A note that is very important for this first version of Arcade 2 is that ALL polygon data MUST be defined in counterclockwise order. This might change on further updates.

The collider constructor looks like this and it requires an array of vertices as an argument.

Here is an example of how it would look:

As you see the argument passed to the constructor is an array of arrays. It can also be constructed using Lazer’s Vec2 class. Another thing to have in mind is that polygons require at least 3 vertices.

This collider also has a couple of properties and functions that can be used to access internal polygon data. 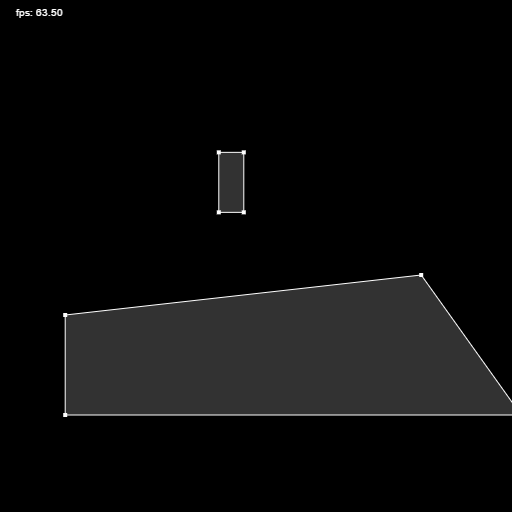 The Rectangle collider extends from Polygon Collider. It has the same properties but it makes it easier to create rectangles that can be rotated.

This is how it would look:

The rectangle collider exposes four other parameters apart from the ones polygon collider has.

You just need to define the dimensions of our bounding box. It also exposes some properties than can be used to access bounding box data.

Colliders don’t have logic inside them. They just work as simple abstractions for users to use. Internally all AABB and Polygon data is stored in isolated typed arrays.

What about the body?

Arcade 2 Body is very similar to Arcade 1. It exposes similar properties like velocity, acceleration, bounce, etc. One of the main differences is that it doesn’t contain logic. All logic is handled by the systems. In a same way as colliders work they are just plain old data (POD).

The collider parameter is mandatory. If you don’t pass a collider the constructor will throw and exception.

These are the properties exposed by the Body class. 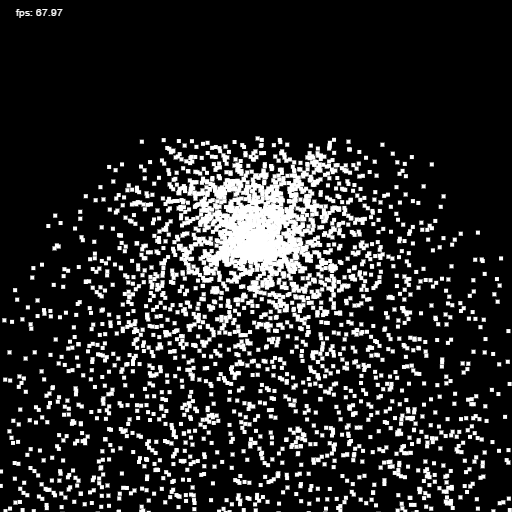 How to use it

I know that this might look like a lot of information, but the API has been designed to be easy and familiar to use. This means that if you’ve used Phaser’s Arcade Physics you won’t have much trouble using Arcade 2.

Here is a really simple example of how to create a body.

What we are doing here is setting out body to the coordinates (0, 0) and creating an AABB collider that’ll be aligned at the center of our body.

The new way of updating and doing all the check for Arcade 2 is done like this:

As you can see currently we have to manually call UpdatePhysics and UpdateCollisions. This will probably be moved to an internal routine in the future.

As you can see it’s very simple and similar to what Phasers Arcade API looks like. One of the main differences between Arcade 1 and 2 is that Collide and Overlap don’t return a Boolean. This is because of a design restriction.

The Lazer Labs site contains all of the current Arcade Physics 2 examples.

You can also see all of the source code, for all of the examples, in the Lazer Dev GitHub repo.

As this implementation is fairly new it would be really useful for us to have your opinion and also help us catching bugs so please go ahead and try it out.

Play and break it so we can fix it :)

There is a lot of features I would like to see on Arcade 2. Here is a list of things I think would be really useful to have: