The March Phaser Backer Examples are now available including a fully documented Virtual Joystick Plugin and lots of examples. 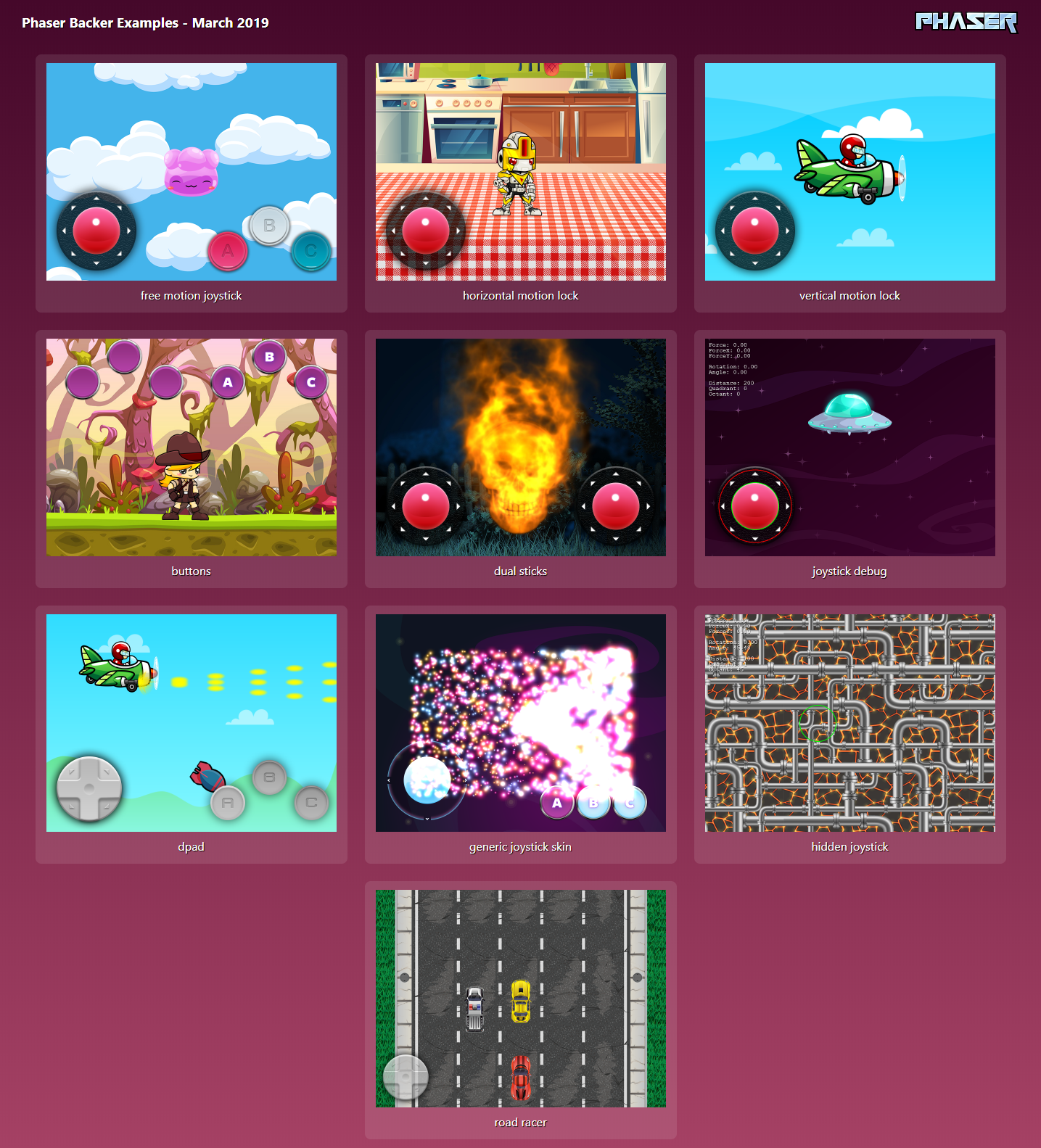 Phaser relies entirely on community contributions to fund its development. Being a Phaser Backer entitles you to some great perks, one of which are exclusive source code examples.

Each month you'll get a new zip file with at least 10 examples and associated assets. The March pack was recently released to backers and was a little bit special in that not only did it feature another 10 code examples, but it also contained a complete fully featured plugin too.

Included in the pack is a brand new Virtual Joystick Plugin for Phaser 3. This is a complete rewrite of the one originally sold for Phaser 2, fully updated for both ES6 and Phaser 3, with loads of new features added too! Easily add in a virtual joystick, DPad or the new 'Hidden' stick with as many buttons as you like.

There are 3 professional skins included with the original PSDs, so you can easily edit them. I've updated them for this new version so they're even sharper and easier to modify. The plugin also contains full documentation, which has been exported using ESDoc. Just open the index.html file inside the docs folder for full details. The examples include:

All examples are written in ES6, come packaged with an html front-end and use the latest build of Phaser to demonstrate cutting-edge features.

Back Phaser today to get access to them instantly, along with lots of other benefits.