Posted on 13th Jul 2021. Follow @phaser_ and get the Phaser World newsletter.

Deadswitch 3 plays like a 2D side-on version of Counter Strike and believe me, that's no bad thing! Take control of your solider as you walk, sprint, jump, climb and sneak your way across the levels. Collect weapons to wipe-out the opposing team by any means possible. 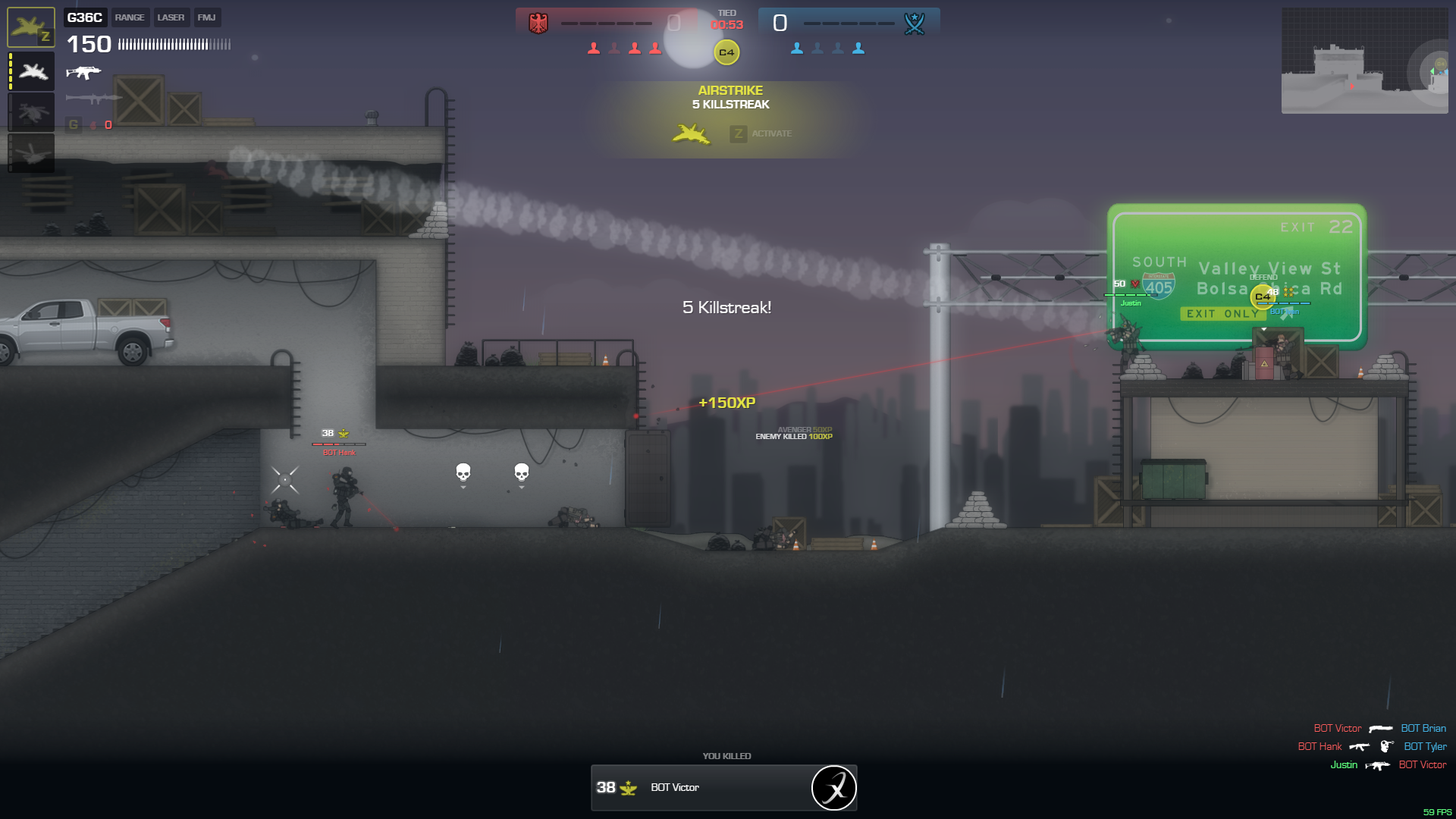 There are lots of objective-based missions to explore which you can play either solo or with a friend. Working through the missions earns you Operation Stars which can be used to unlock better gear. If you create a free account and login you can save your character and take part in the ranked progression. As well as playing with others online or setting up your own matches against bots. Progress though the ranks to unlock new equipment, custom classes and killstreaks. 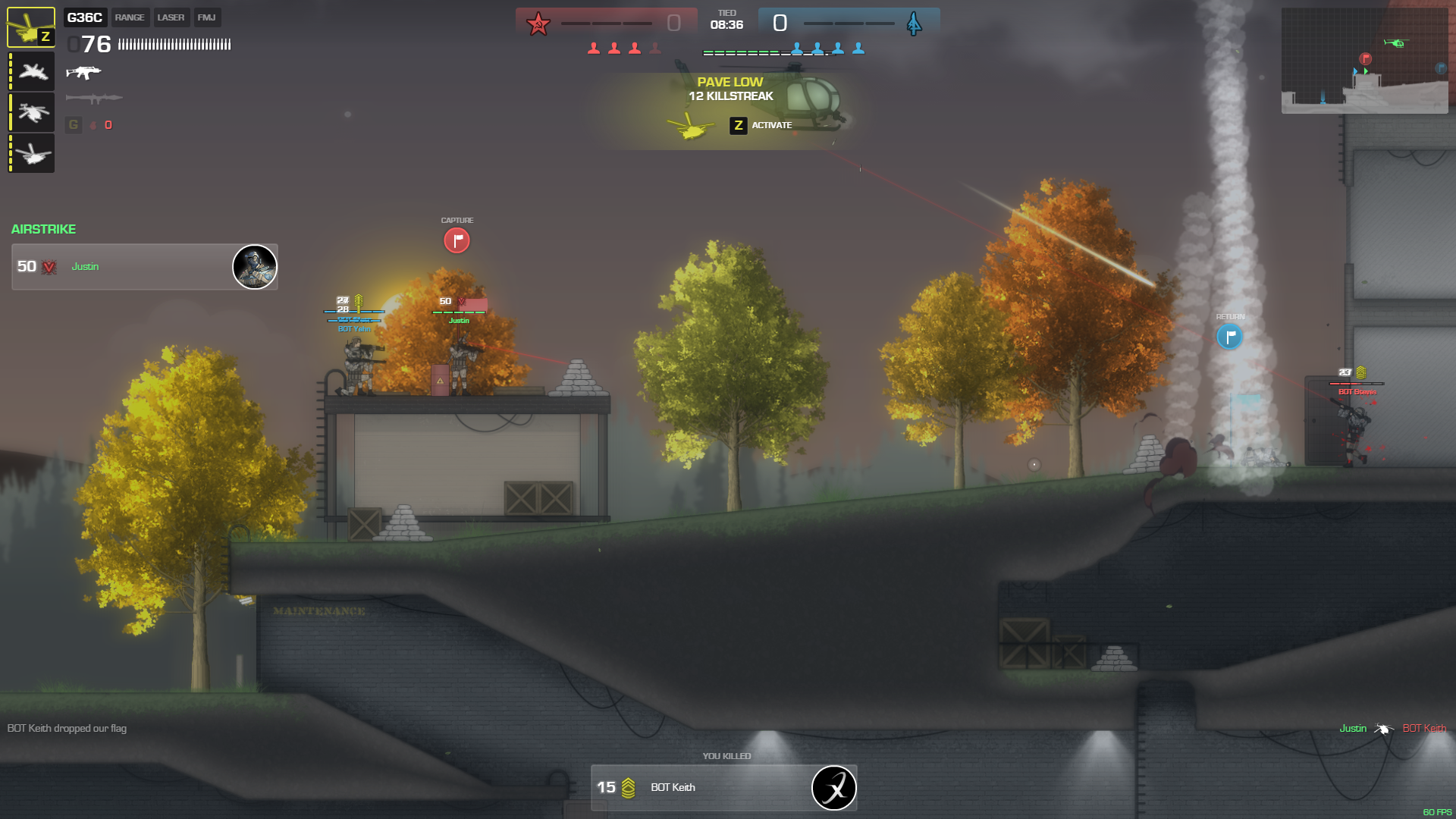 There's even a sandbox mode, where you are free to experiment with all the game features and weapons!

This game is truly something special. From the sharp environments, to the special effects and great audio, it's solid fun to play and even better when you've a whole team joining in. 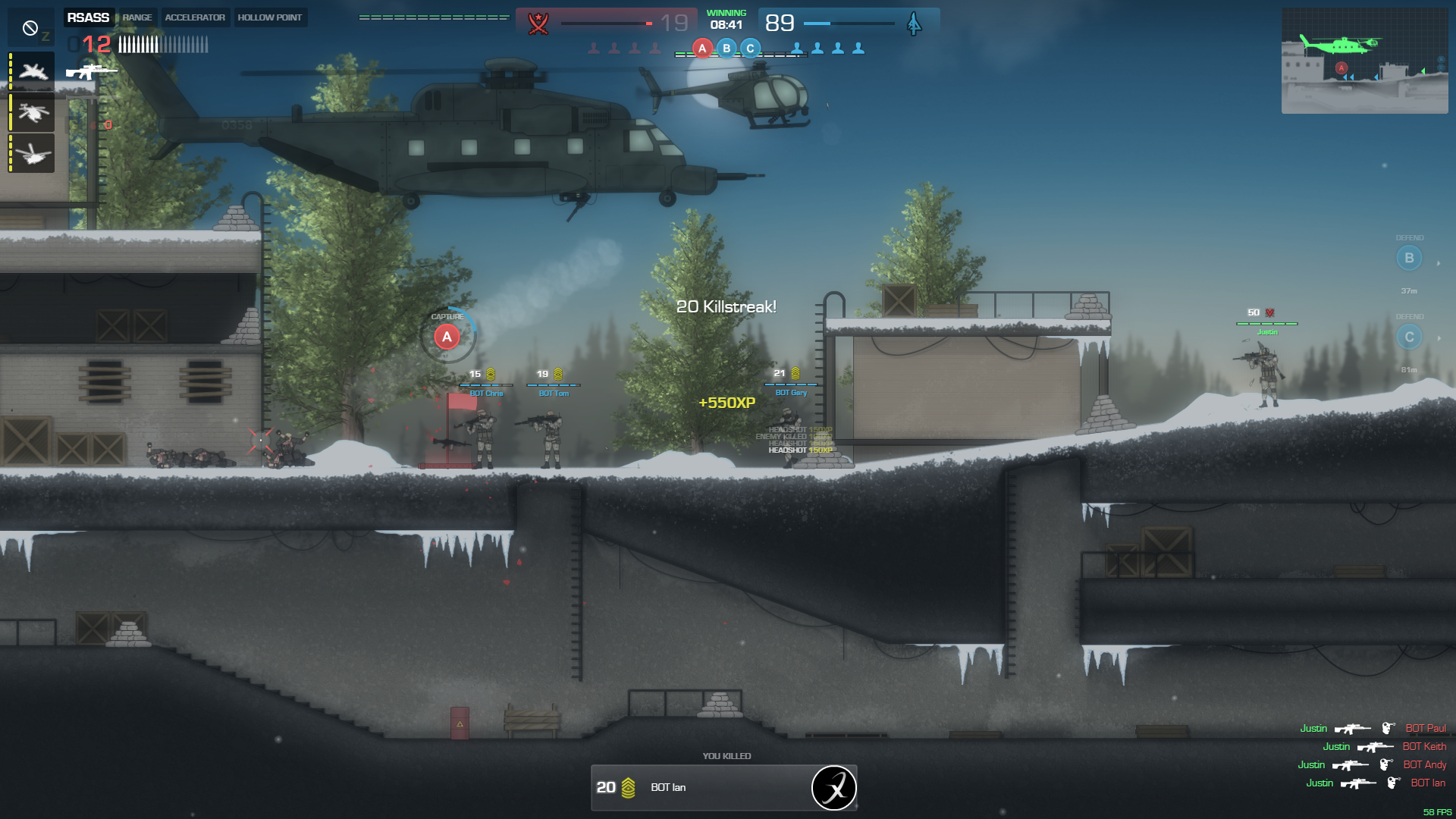 There is a web version you can play for free (supported with ads) and also a download version available on Steam for Windows, Mac and Linux. This version has a lot of enhancements including better performance, no ads, higher quality game files, additional survival modes and operations and a lot more.