A fully open-source physics based bike racer. Collect the coins and see how long you can survive!

Posted on 6th Apr 2021. Follow @phaser_ and get the Phaser World newsletter. 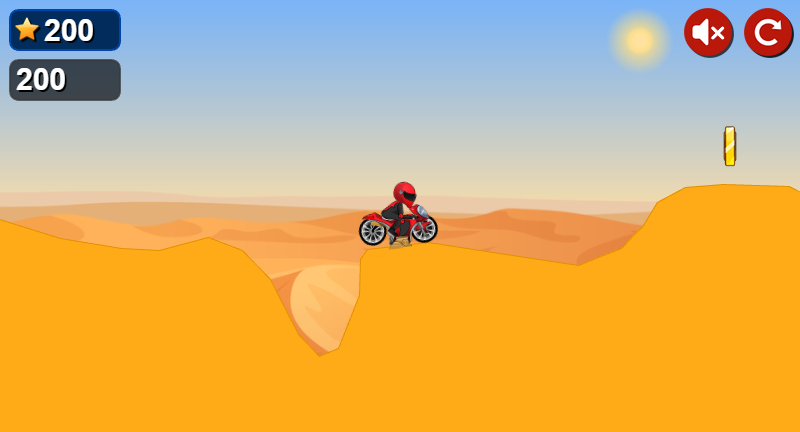 Leonardo Javier Russo has released Moto Racer. Use the keyboard or mobile controls to drive the bike across the demanding terrain. Keep yourself balanced so you don't fall off and collecting the coins as you go.

It's a nice physics based racer and even better, it's fully open source. You can download the code from GitHub and then expand upon it yourself, or learn the tricks about how this type of game is created.