A super-cute take on the Simon Says formula.

Posted on 23rd Mar 2021. Follow @phaser_ and get the Phaser World newsletter. 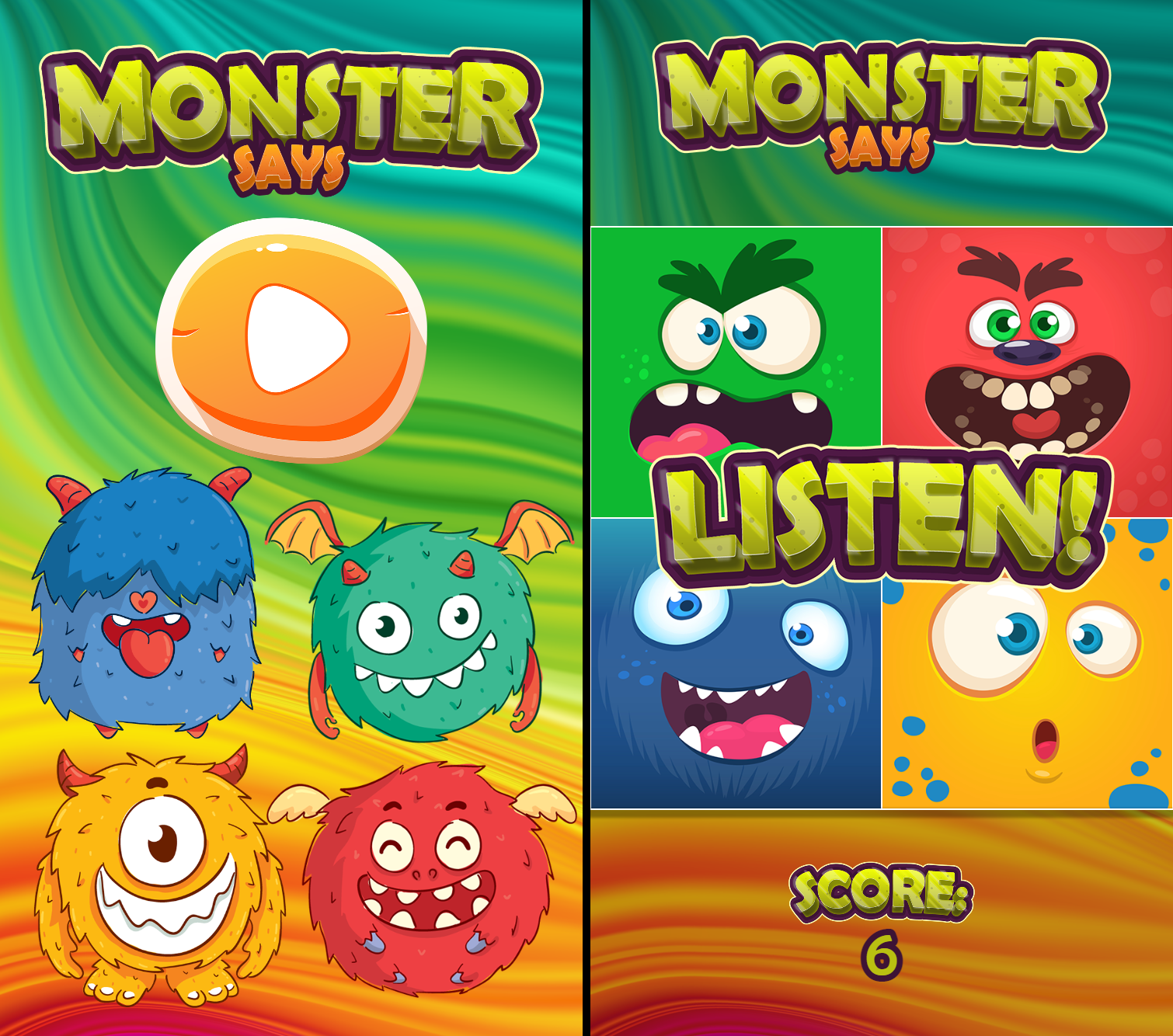 Monster Says is a cute new game from Daniel Albu. Featuring 4 cartoon monsters it plays like a traditional Simon Says game. Each monster will make a noise in turn, and it's up to you to remember the sequence as it gets progressively longer and longer.