Posted on 24th Mar 2021. Follow @phaser_ and get the Phaser World newsletter. 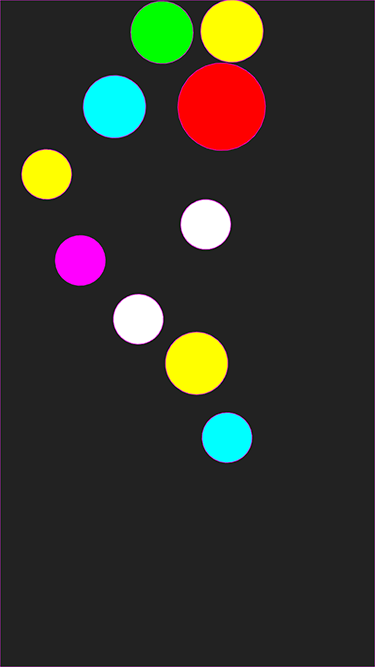 Emanuele Feronato writes: "I recently played Fuse Ballz – available for both iOS and Android devices – by Ketchapp and I have to say that despite the easy and quick concept which is a Ketchapp trademark, it would be quite a challenge to prototype it with Phaser, mainly for two reasons: first, it’s a 3D game, and second the physics is not realistic, as balls bounce in a weird way.

The aim of the game is to use balls together to get bigger balls, and blow them up when they grow too big. The game starts with some colored balls on the stage, and the player controls another colored ball at the very bottom of the stage.