Swing from rock to rock, collecting gems as you go in this hyper-casual one-button physics game.

Posted on 4th Mar 2020. Follow @phaser_ and get the Phaser World newsletter. 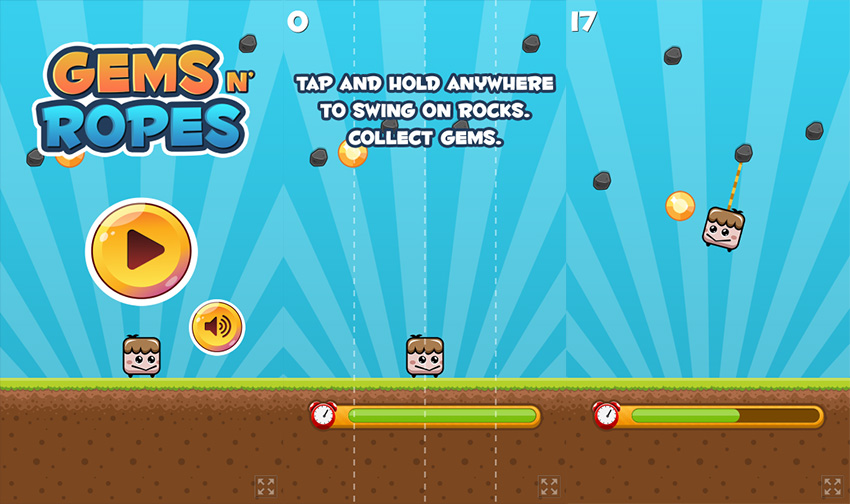 Emanuele Feronato is well known as being the most prolific Phaser tutorial author out there. He also releases his own games and Gems 'n Ropes is one of them.

It's a hyper-casual one-button affair in which you tap and hold to swing onto the rocks, trying your best to collect as many gems as you go.

The more elaborately you collect the gem, the more points they are worth. Picking one up while shooting up into the air, for example, is worth x3 more than just casually swinging into them.

To make matters harder the rocks keeping moving and the speed ramps-up quickly. See what highscore you can get.