Learn how to create a Trampoline Tile, as seen in the Yeah Bunny platformer. 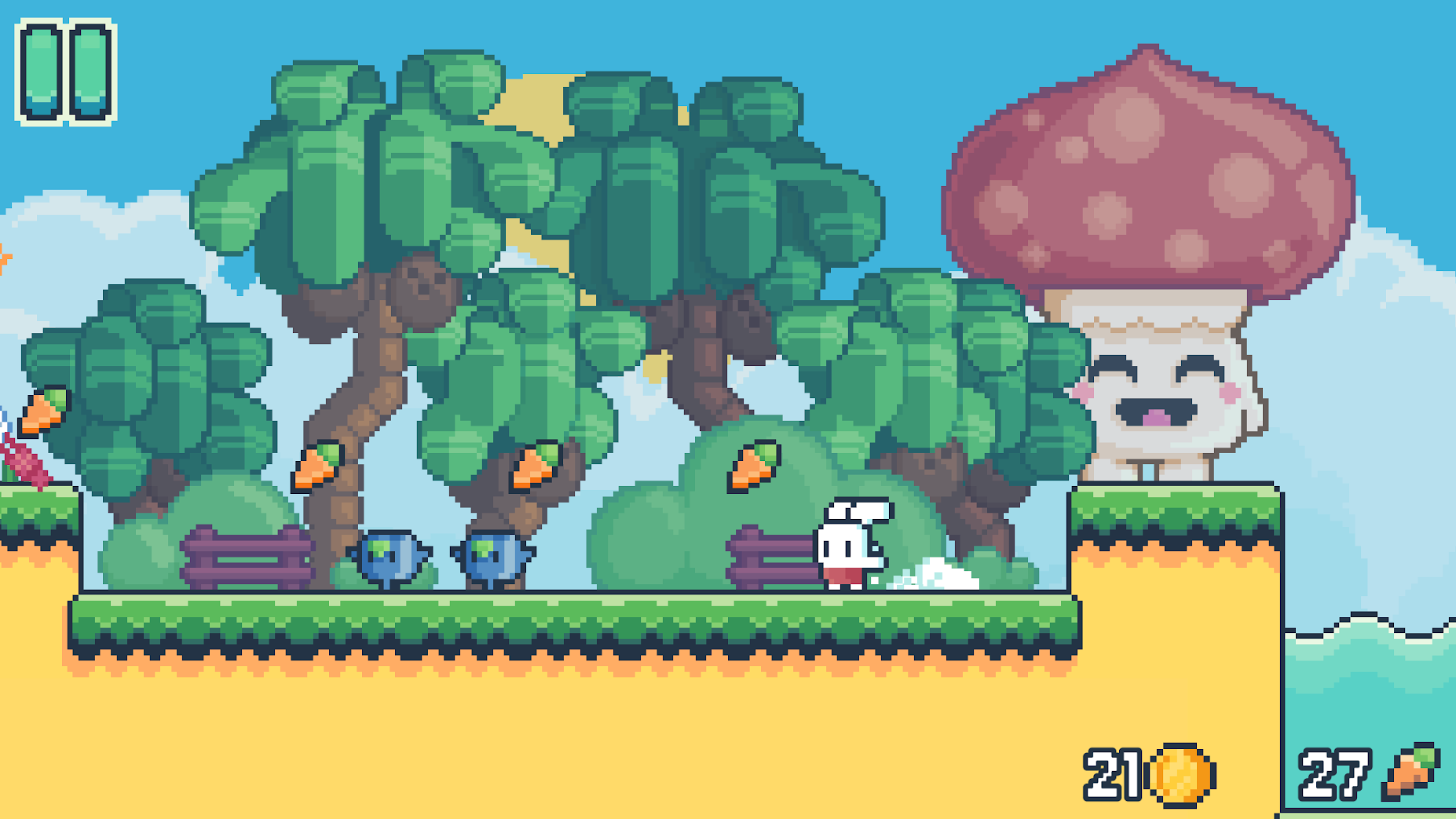 Emanuele Feronato continues his tutorials on recreating parts of the game Yeah Bunny: "Adrian Zarzycki‘s new game Yeah Bunny 2 has been released both on Google Play and Apple App Store and it’s the sequel of the awesome game which inspired my Yeah Bunny tutorial series.

In the first post of the series you saw how the main character can perform a whole lot of things: runs automatically, changes direction each time hits an obstacle, can perform jump, double jump and wall jump as well as slide down the walls.

Everything with a camera automatically following you through a level generated with Tiled.

In second step I added a “stop” tile which is very useful in these kind of games: since the player runs on his own, this is the only way you have to stop it.

Now I am adding the “trampoline” tile: a tile which will throw you in the air if you land on it, useful to reach high places."