A side scrolling action adventure in which you try to help a blindfolded fox find his friends. 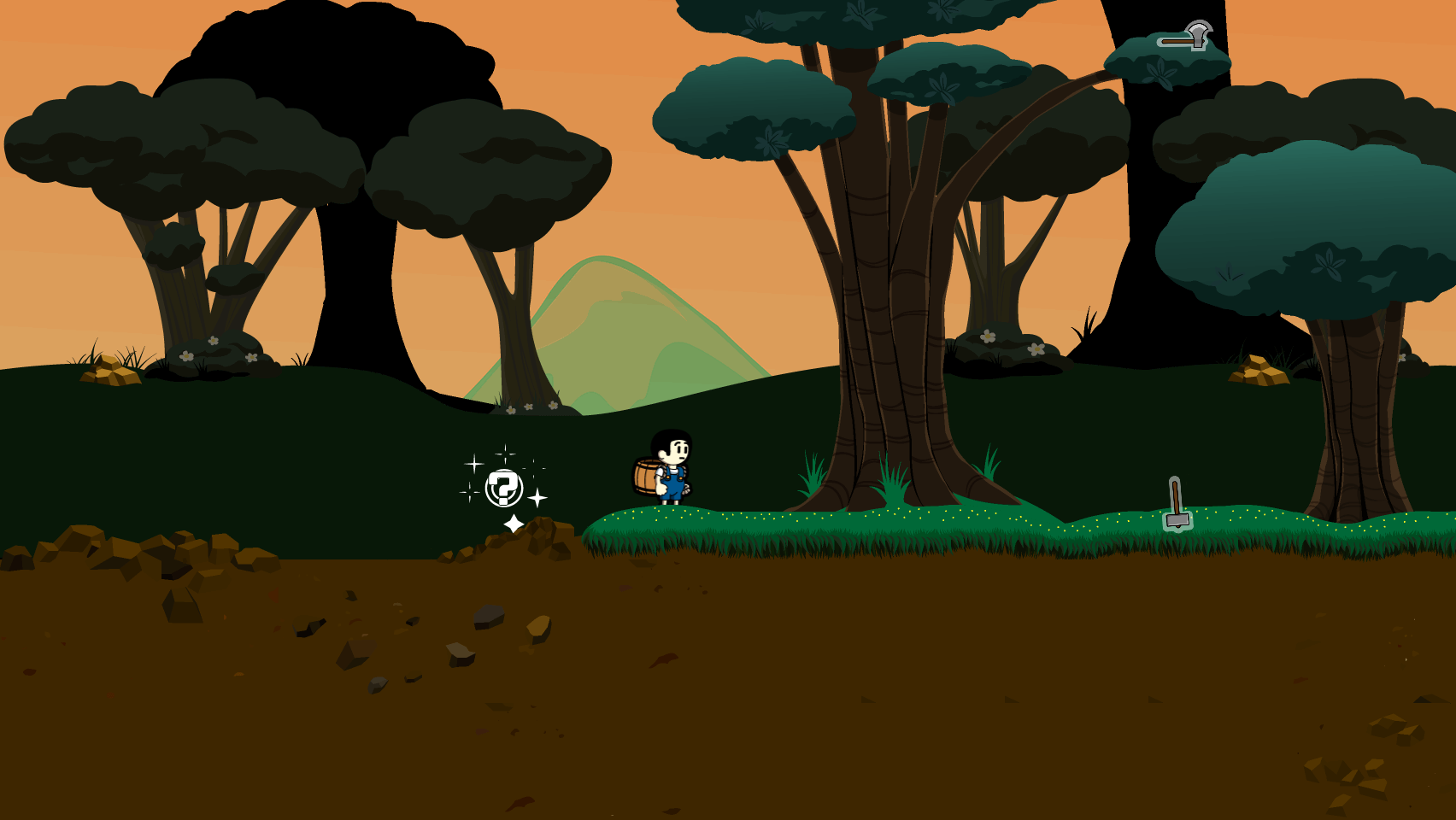 Shoga9Team is a trio of developers who have created Taru Taro Legends, their take on the platform genre, steeped in Japanese folklore.

Taro, the hero of the title, comes across a blindfolded white fox who, thanks to a curse, is chained to an empty rice wine barrel. After agreeing to carry the barrel for the fox you set-off on this side-scrolling adventure.

Whatever you do, make sure you collect the axe from the tree at the start (and the hammer), and then use WASD to throw those items at the baddies that attack you. You really won't get far if you don't.

The graphics and music have a nice arcade feel to them and, with some controls difficulty tweaking, this could be a really nice game to look out for in the future.

You can read an interview with the team in Wireframe Issue 23, where they talk about the process of creation.