Creating One Tap RPG in Phaser 3

A tutorial on re-creating the One Tap RPG game using Phaser 3 and Matter Physics.

Posted on 16th Jul 2019. Follow @phaser_ and get the Phaser World newsletter. 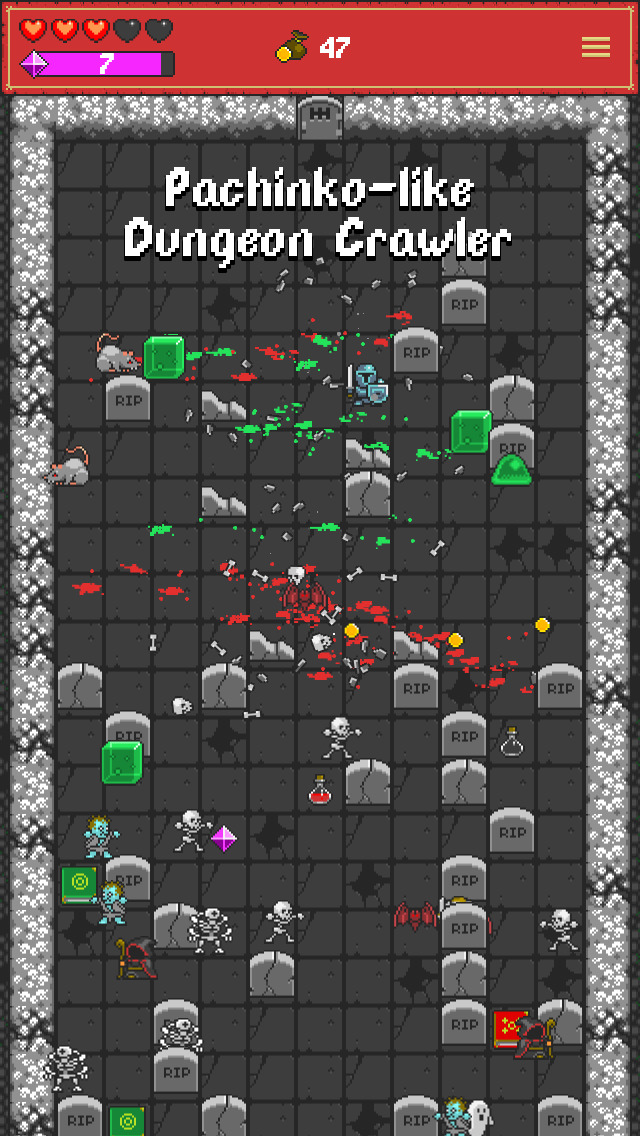 Emanuele Feronato writes: "It was in mid 2014, with Phaser still at its very early versions, when I played One Tap RPG, which I am afraid is no longer available.

The game was basically a Pachinko with some RPG elements, look at the gameplay:

I built a prototype of the game using Phaser 2 and now it’s time to port it to Phaser 3 with physics driven by Matter.js

The aim of the game is really simple: there is a game field populated by various standard RPG stuff – gems and enemies in my case – and you only control your hero by tapping on the screen and watching him falling and bouncing on various items.

Gems are immediately collected, skulls can be killed only by falling on their top and walls will hurt you."