Test your reflexes by blasting away the holograms with the correct hero in this official Avengers Endgame title. 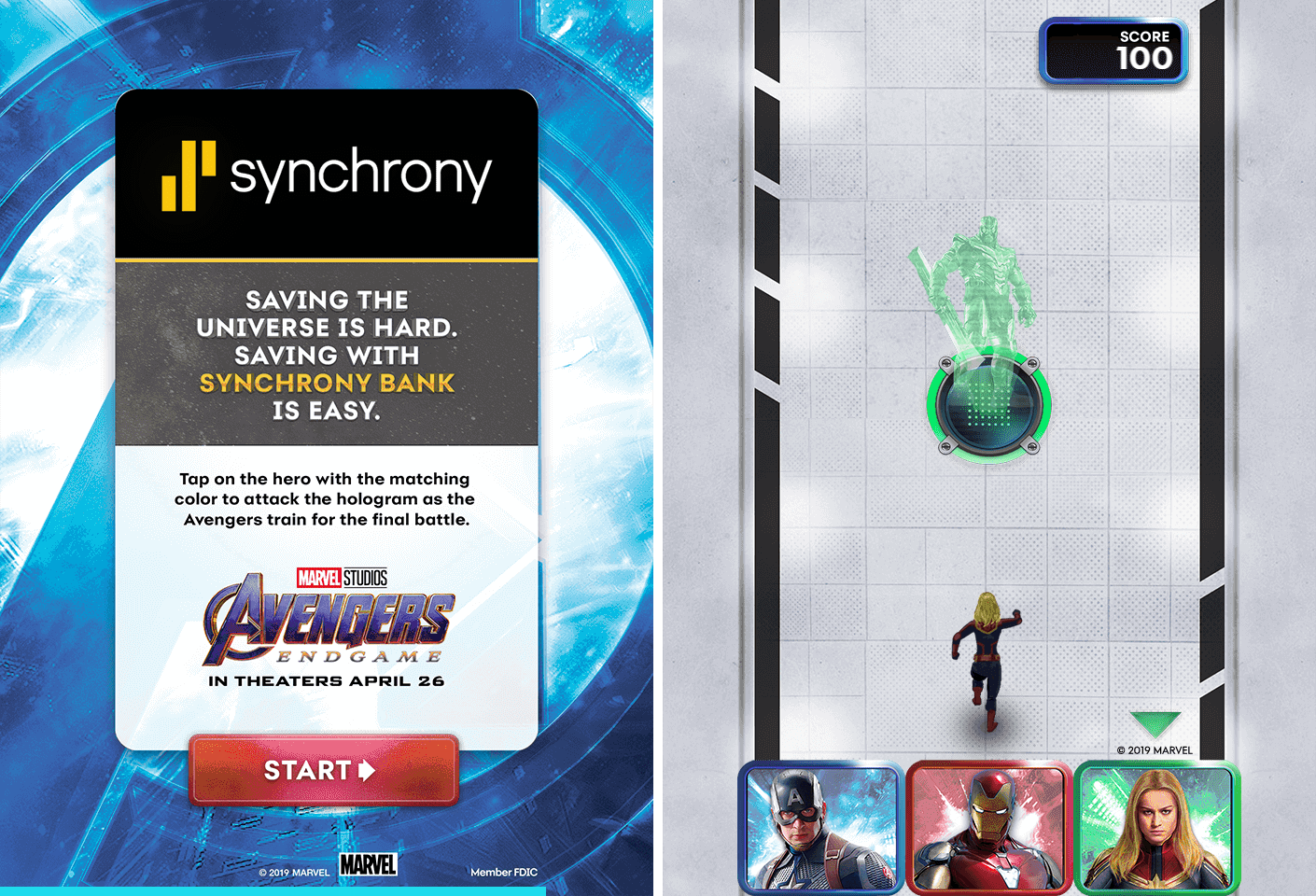 This game was created by Game Commerce, using their Quest AI tools, which allows you to create Phaser games with a 100% visual interface and export to a variety of different platforms.

Created for Synchrony Bank, a partner of Marvel Studios, it's a color-matching game in which you have to select the right hero, by matching the hologram color to blast it away, testing your reflexes as it gets progressively harder.

It may be a relatively simple game concept, but the fact it was created so quickly and easily, for such a major event, is a good indication of the capability of Quest AI.