A great in-depth tutorial on building a paper plane glider with Phaser 3 and Arcade Physics. 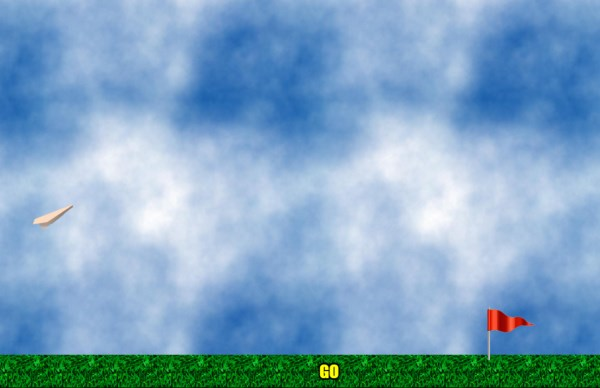 Amos Laber has published this great tutorial on how he built a 'paper plane' effect in Phaser 3: "Game development often involves simulating real life scenarios: whether it's running and jumping, rolling rocks on a slope or shooting projectiles from a slingshot, the developer has to find a way to show it on a 2D or 3D scene in a way that is believable enough to engage the player.

During the course of developing a new game, I had a need for a specific motion of a character that involved air gliding and riding on air currents. The main issue was to imitate the motion of a glider like object in a way that would look reasonably realistic."

The tutorial covers creating a Glider component and how to handle the different forces acting upon it, in order to achieve the desired result. With gravity pushing the glider down, lift pushing up and a small amount of drag. The goal was to achieve a smooth cyclic motion. The tutorial itself is a fascinating read and there's a link to a GitHub repo with full source at the end.