A new Phaser 3 version of this tutorial about creating a game based on the iOS game Magick. 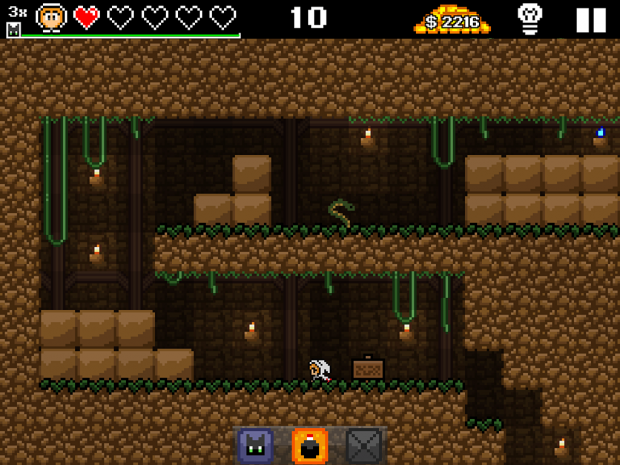 Emanuele Feronato writes: "It’s a pity you can’t play Magick anymore because it was a fun game, but unfortunately it was probably one of the victims of 32 bits apocalypse.

It was a retro platformer featuring a mage called Oz which walks and jumps by himself, but you can summon a crate, but only one, to modify the terrain. Oz also changed direction by tapping over him.

The player walks and climbs on his own, you can only click anywhere on an empty spot to summon a crate, but you can summon only one crate at once. You can also change player direction by tapping on the character. I was asked to port the old Phaser 2 example into Phaser 3, so here it is:"