Take flight with Justin Beaver! Control his ascent as he soars into the sky, collecting as many coins as he goes. 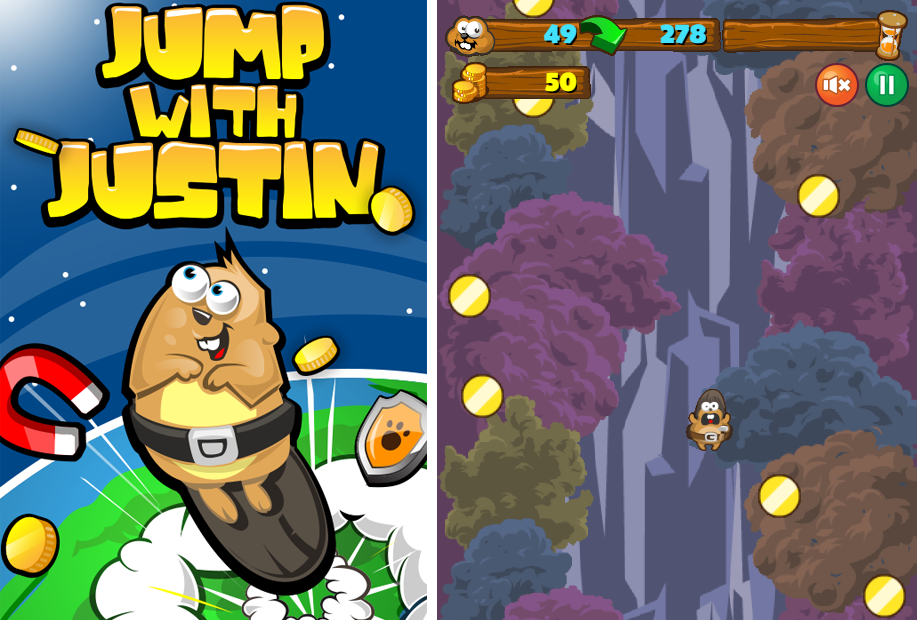 You take on the role of, what I can only assume, is Justin Beaver. Pull back on the slingshot and release the dinky rodent into the sky. As he soars into the air you can press left and right to change direction. The aim is to hit as many coins and other bonuses as possible to retain his upward velocity, lest he fall off the bottom of the screen.