Protect the dojo from the waves of attackers in this addictive upgrade / fighting game. 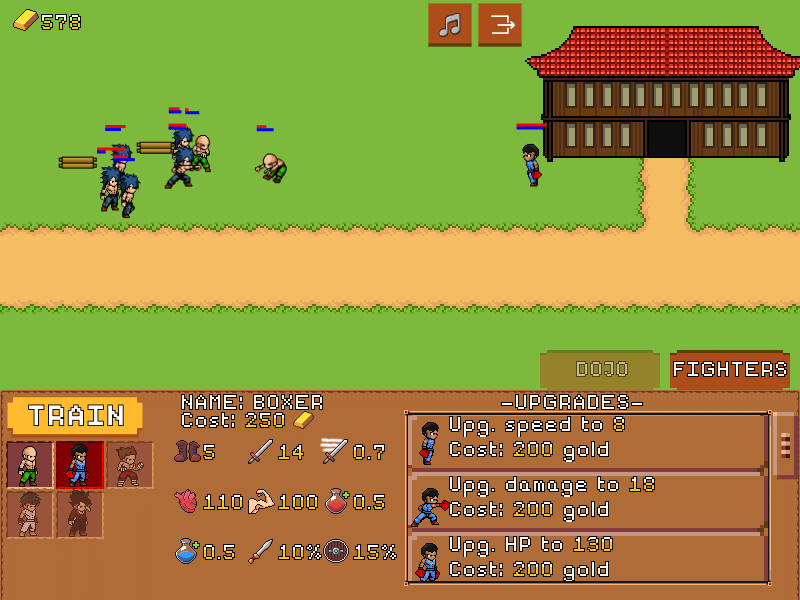 Rival dojos are sending mercenaries on us. You need to protect our dojo and precious papers from attackers in this upgrade – fighting type of game.

We have 5 type of fighters.

-Simple Fighter: Has nothing extra.

Enemy has 5 different fighter too. 3 of them has nothing extra. Other 2 fighters are robot and clone maker

Robot: Casts a shield when got hit. Shield lasts until his stamina ends.

Clone Maker: Has %10 chance to make a clone when got hit.