Take control of the two titular heroes as they venture into the Crystal Temple on a gem grabbing, puzzle infested quest. 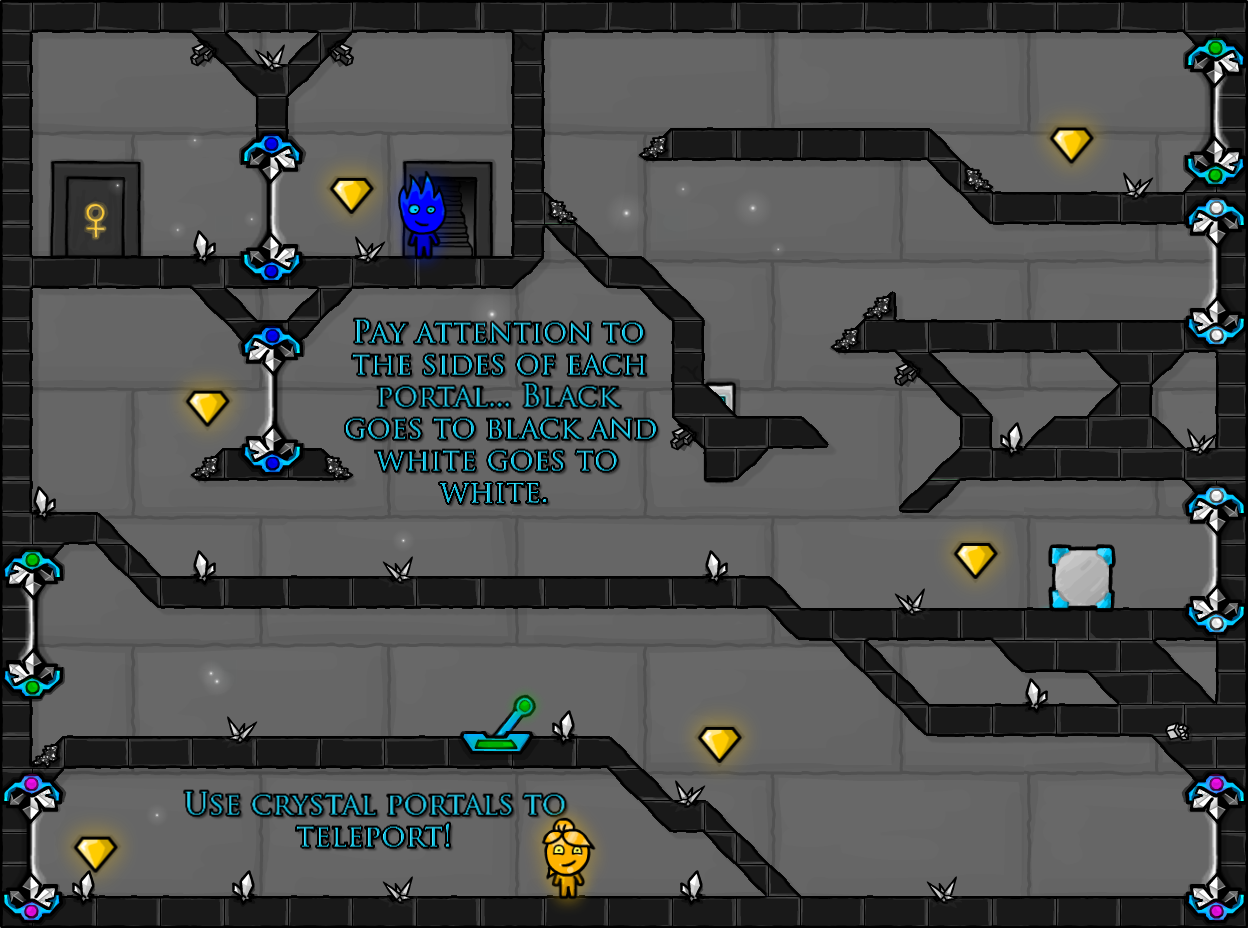 This is the 4th game in the Fireboy and Watergirl series and continues their perilous puzzle-bound adventures, this time into a Crystal Temple.

If you've not played one before, these are physics and logic based puzzle games. You control both Fireboy and Watergirl at the same time. There are red and blue crystals to collect and various fire and water based traps. As you may expect, only Fireboy can collect the red crystals, and only Watergirl can collect the blue and safely traverse through water. 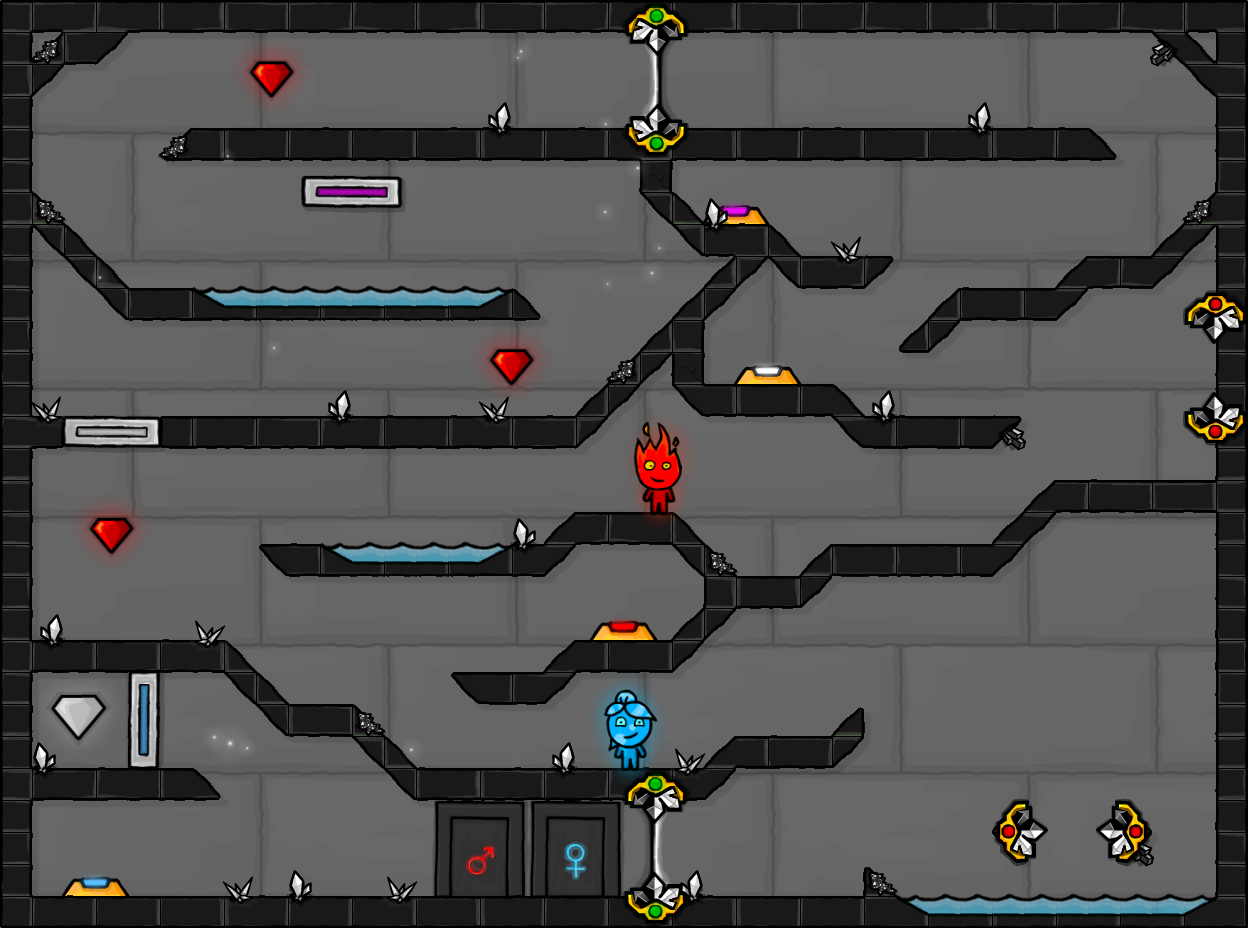 There are lots of physics elements to the puzzles. Blocks to hold down levers, switches to bash open and things to clamber on. As well as color-coded portals. There are lots of levels to clear, each getting fiendishly more tricky than the previous.

Another quality release from Orange Games.