Steal the temple treasure without being caught by the roaming guards in this addictive and beautifully presented action game. 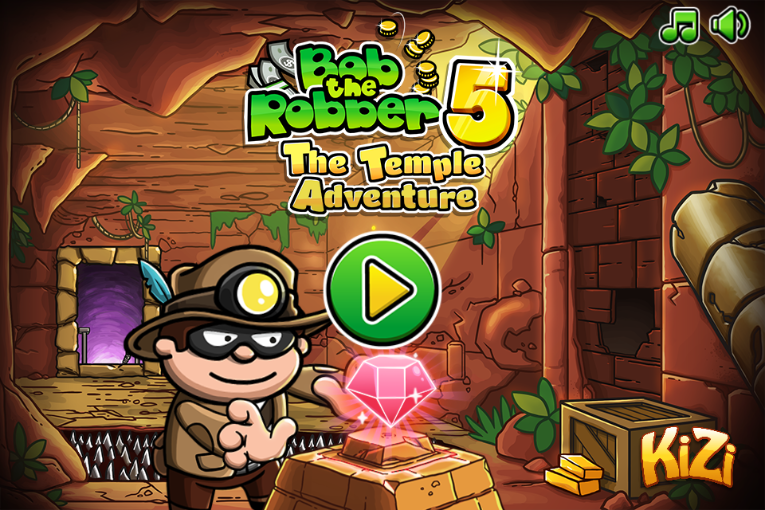 Steal the treasure from the temple without being caught. Knockout guards, take out mummies and don't get caught by the eyes of the statues. 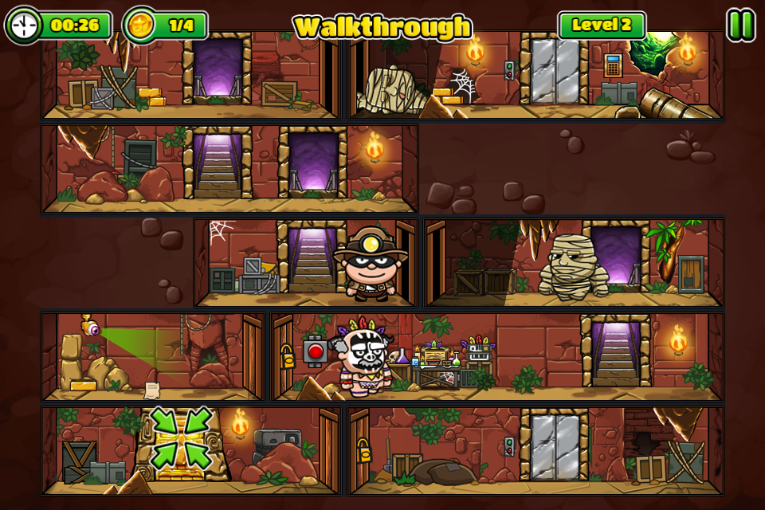 This is a truly addictive puzzle game at heart. You control Bob who can walk left and right across the levels, using the staircases to go up and down. Hidden in each level are coins to collect as well as gadgets to pick-up and door codes to unlock lifts. 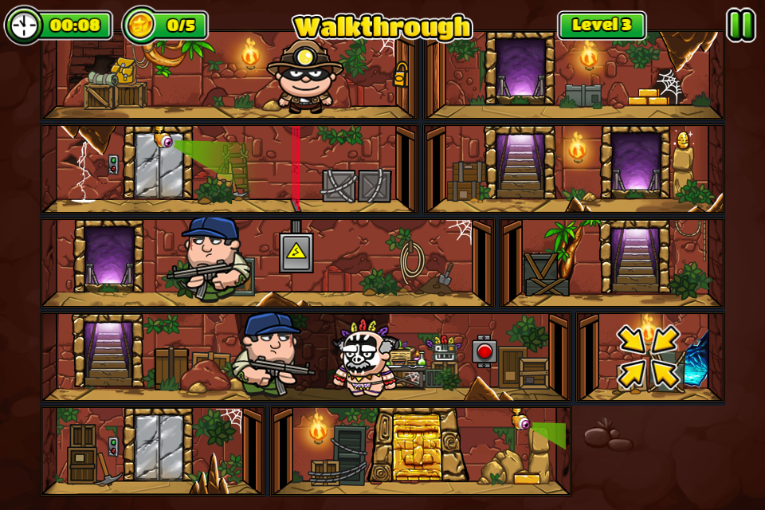 You can hide in the shadows, knocking out the guards as they pass. Security cameras need to be carefully timed, doors unlocked with a keyhole mini-game and treasure collected along the way. The graphics are beautiful, the characters well animated and the challenges really in-depth. Get stuck in and see how many tombs you can rob!