Escape the Jam Factory in this fast-paced pixel-art platforming adventure. 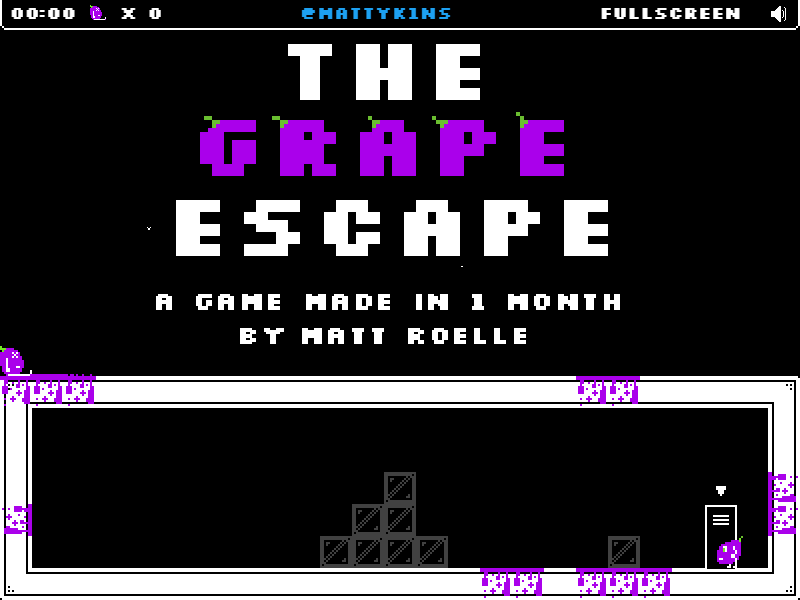 This is another great pixel-art game from Mattykins: You play as a grape named Barry, who's seemingly met his end at the dreaded Jam factory. But Barry doesn't go down easily. Escape the Jam Factory in this fast-paced platforming adventure. 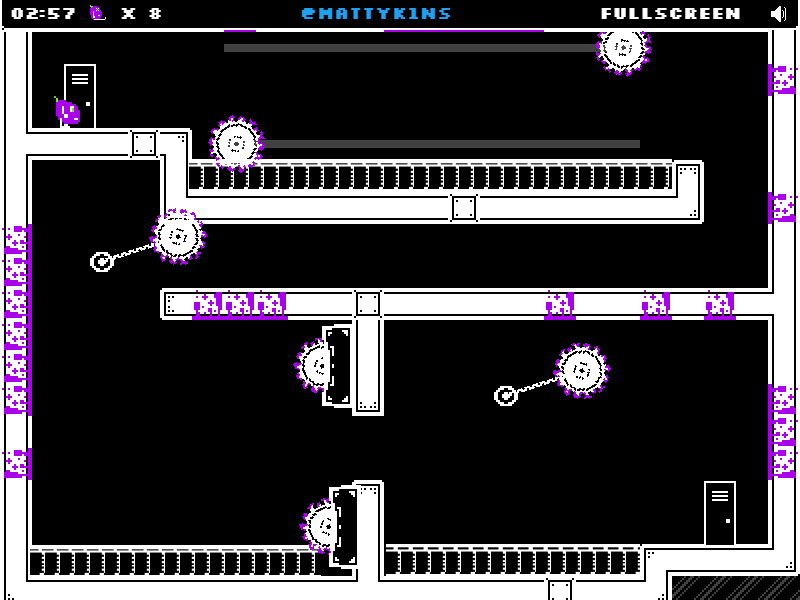 Created for the 1 Game a Month challenge you control Barry through the increasingly difficult levels. You can run, jump, double-jump, wall-jump and wall-slide. As well as being able to interact with a few objects as well. The levels start out easily enough, but soon there are spikes, travelators and chainsaws everywhere. It's not a safe place for a grape!