Control Jack-Jack and catch as many cookies as possible, while avoid the milk, in this film tie-in game. 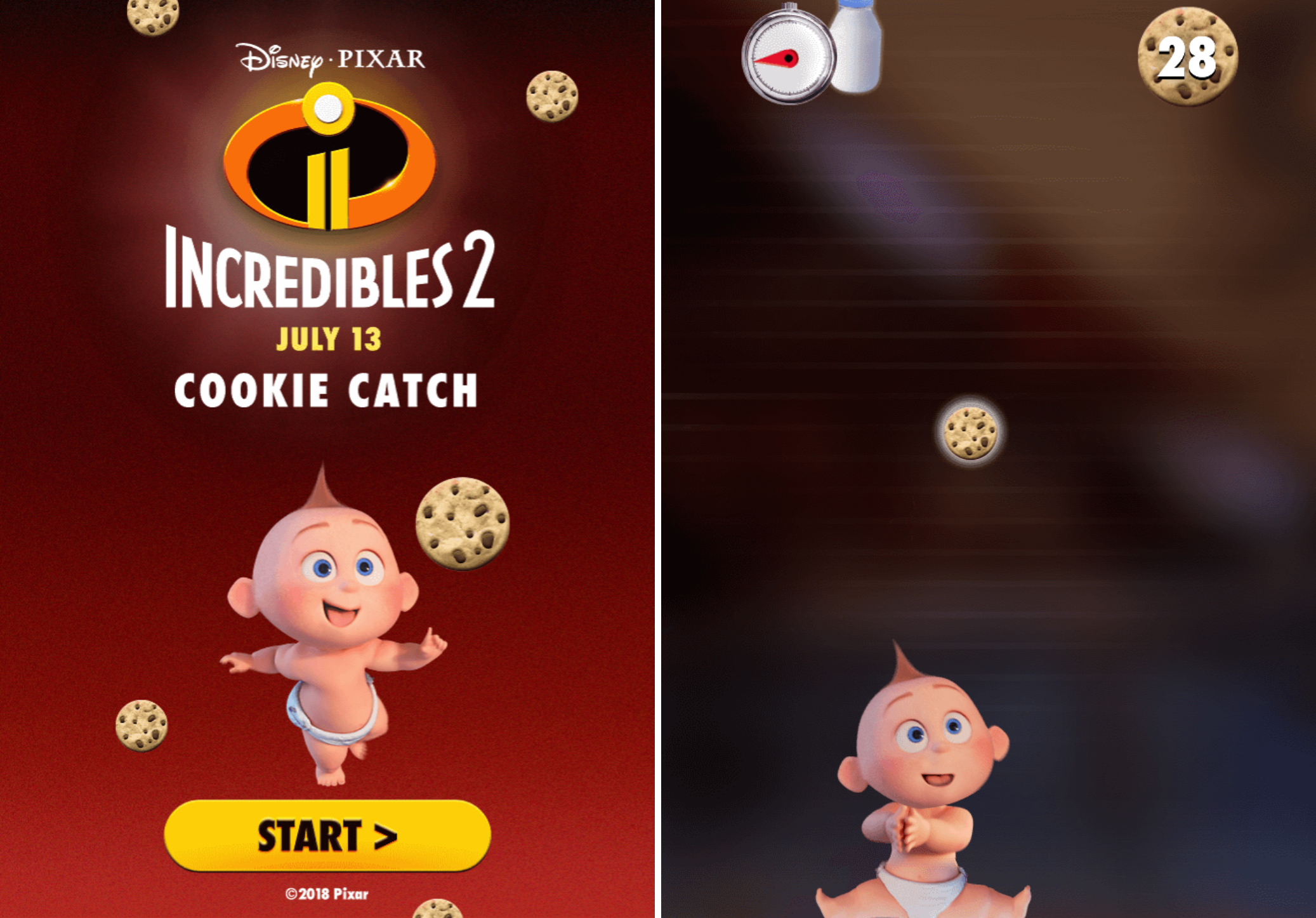 Cookie Catch was created by Game Commerce to promote the new Disney film the Incredibles 2. In the game you move Jack-Jack across the screen, catching as many cookies as possible, while avoiding the milk!

It's a simple game created to drive attention to the film, but features some cute animations and sounds, as well as being a nice example of a heavily trafficked Phaser 3 title.