The single biggest update to Phaser 3 yet. It brings hundreds of features, including multi-touch, physics updates, gamepads, new API templates and lots more.

Posted on 13th Jun 2018. Follow @phaser_ and get the Phaser World newsletter. 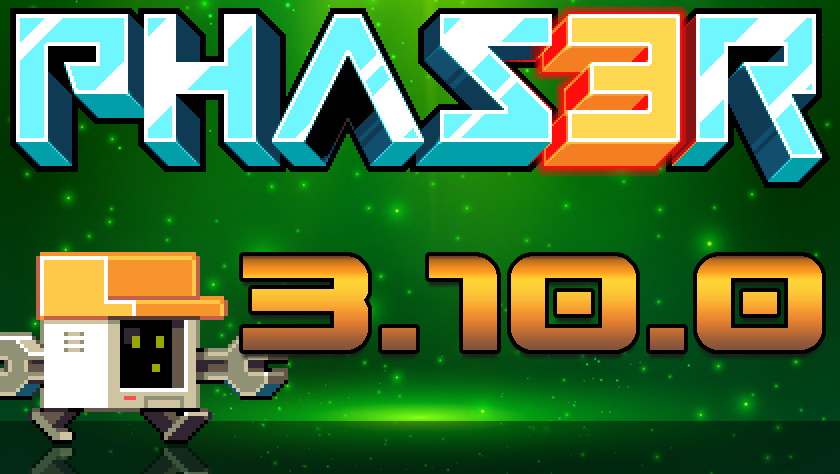 I'm pleased to announce that Phaser 3.10.0 is now available. This release represents just under a month's worth of work and is a huge version for us. It introduces a lot of significant new features into v3, including multi-touch support, custom cursors, pixel perfect detection, Scene isolated input events, new Input plugins, a brand new Gamepad system and plenty more. 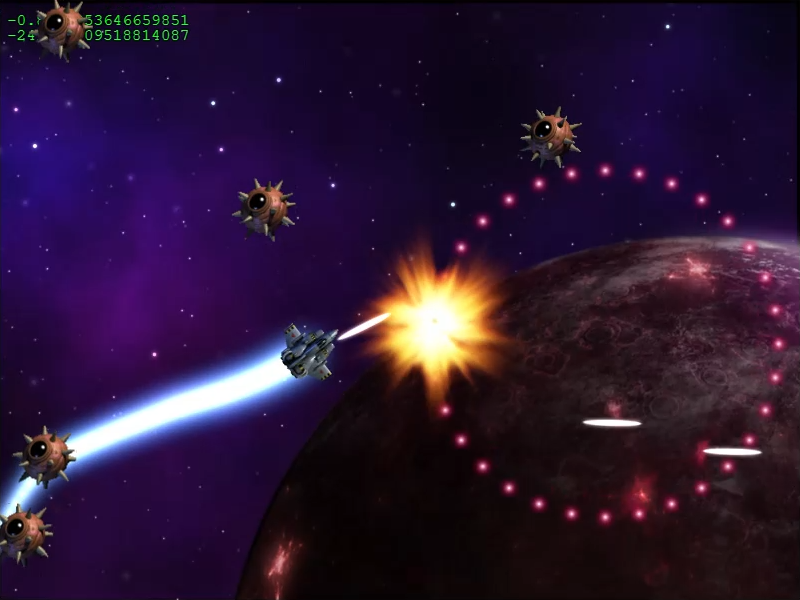 There are big changes in Arcade Physics too, with a new fixed timestep option, angular damping, speed improvements, support for time scaling across your whole physics simulation and, yes, even more.

The Data Manager has been given a real shot in the arm, allowing for far more expressive use of its contents, and there are subtle but important changes to the Scene flow and Loader interactions as well. 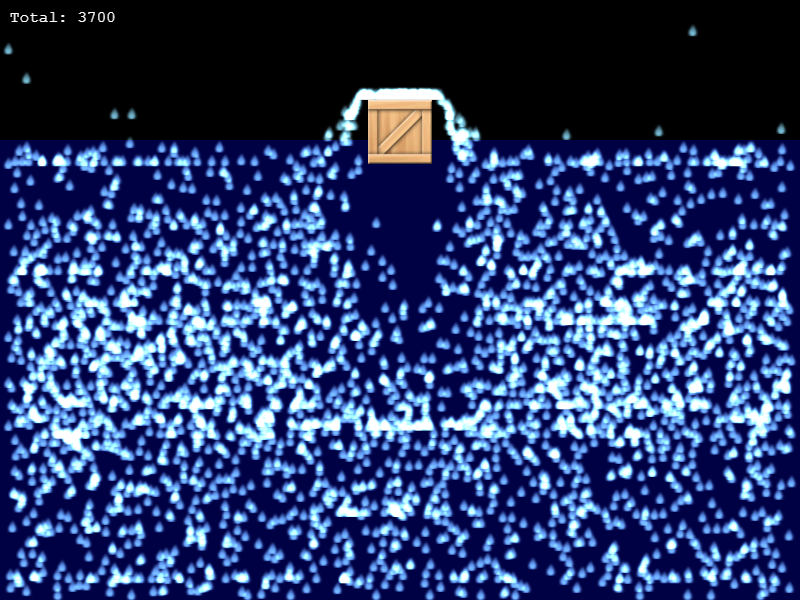 There are, of course, plenty of bug fixes and updates too. I'd urge you to carefully read the Change Log, especially if upgrading from an earlier version in an existing project. Hundreds more areas have been covered with documentation too. An on-going battle which we're winning, albeit slowly.

3.10 is a huge release and represents tireless effort on my part to get it into this shape. My aim has always been to continue the mission of enhancing Phaser 3 as quickly as I can. It means releasing significant updates in relatively short periods of time. But it also means I'm jumping on bug reports as quickly as I can, keeping the issues list total nice and low (the vast majority of the items in there are feature requests now!) - a massive thank-you to all of you who support Phaser on Patreon and PayPal. It's your support that allows me to work on this full-time, to the benefit of everyone. 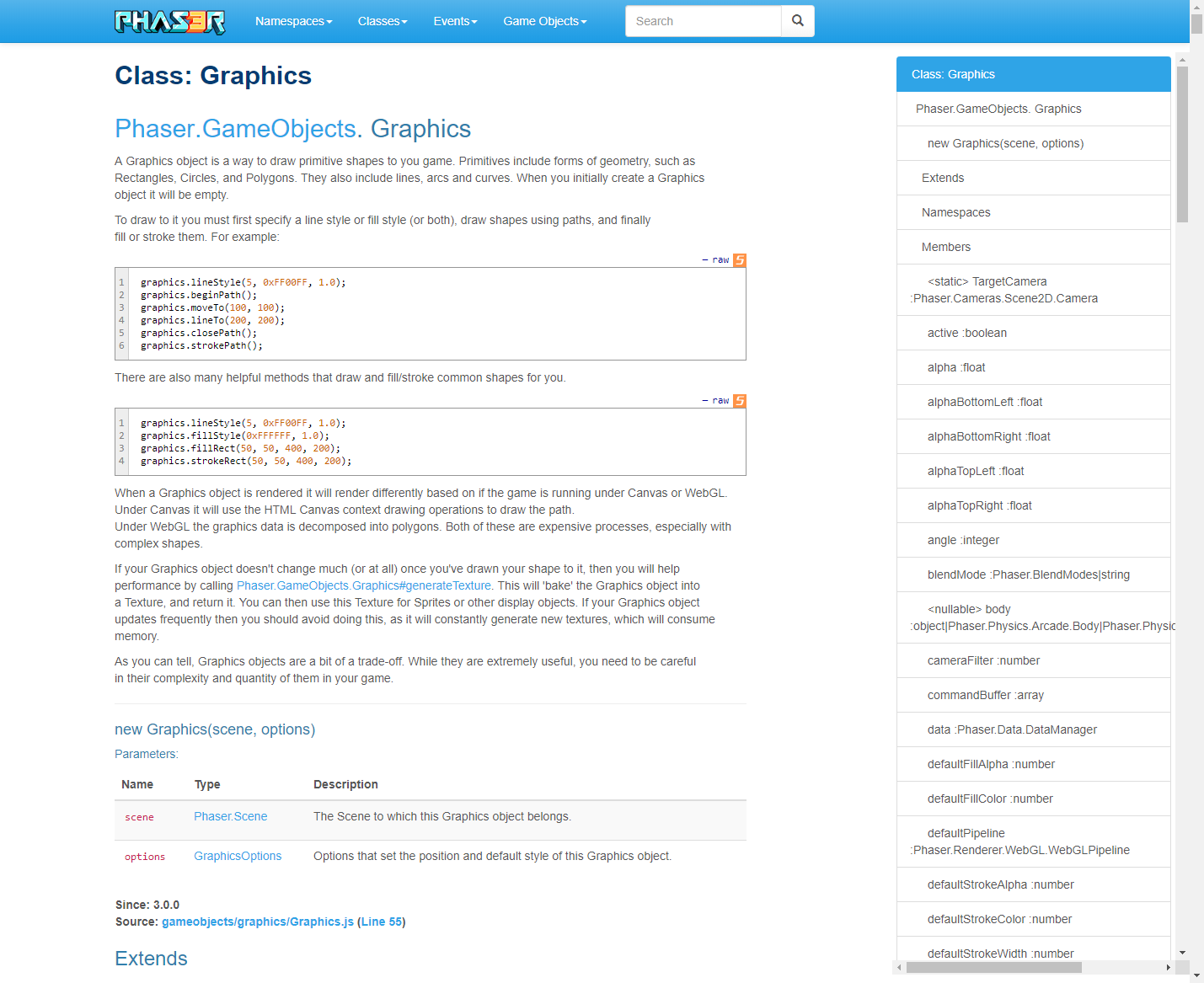 I'm also pleased to report that we've got a new API Docs template, as you can see above. It's a lot cleaner, the in-line code displays properly, as does all the rest of the markdown, there are deep links into the code on GitHub and we've started work on the custom drop-downs at the top. As we carry on ploughing through the docs this will become more and more useful.

The Change Log for this release is massive and contains lots of important updates. I would urge you to please read through it as there are some API breaking changes inside certain areas.

As usual, grab the latest build from GitHub, npm or CDN and see the full Change Log for details.