Posted on 17th Apr 2018. Follow @phaser_ and get the Phaser World newsletter. 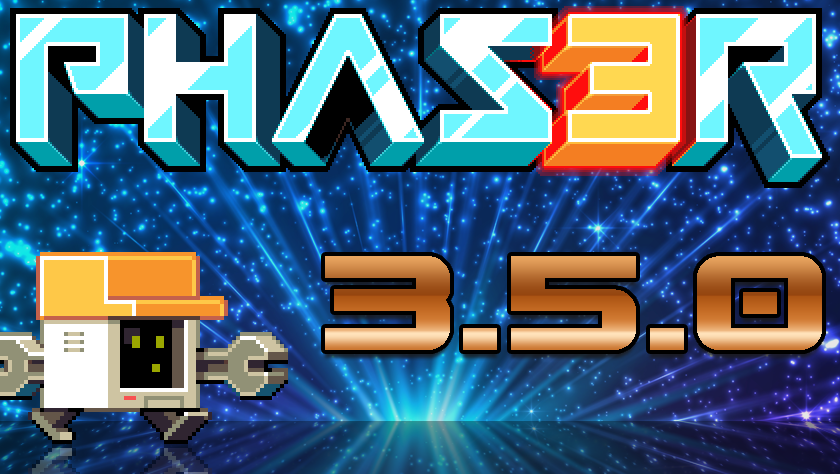 I'm pleased to say that Phaser 3.5.1 is now published and ready for use. It was originally going to be a point-release with just a few bug fixes in, but then I found time to complete the work I had been doing on the new Camera Effects and Scene Transitions feature, so they both landed in the 3.5.0 release as well.

I've also been busy working on the JSDocs and some areas are now becoming much more complete, for example Cameras are not 100% covered. As I progress through each area I'm filling in the docs as I go, and the community is helping a little too, so we're getting there! 3.5 is a great new release though. I'm very happy with the new Scene Transitions feature. Available via this.scene.transition it allows you to transition from one Scene to another over the duration specified. The method takes a configuration object which lets you control various aspects of the transition, from moving the Scenes around the display list, to specifying an onUpdate callback.

The calling Scene can be sent to sleep, stopped or removed entirely from the Scene Manager at the end of the transition, and you can even lock down input events in both Scenes while the transition is happening, if required. There are various events dispatched from both the calling and target Scene, which combined with the onUpdate callback give you the flexibility to create some truly impressive transition effects both into and out of Scenes.

As usual, grab the latest build from GitHub, npm or CDN and see the full Change Log for details.