Design unique exocraft and build your fleet of drones to battle and mine for resources in this massively multiplayer action strategy set in an alien wasteland. 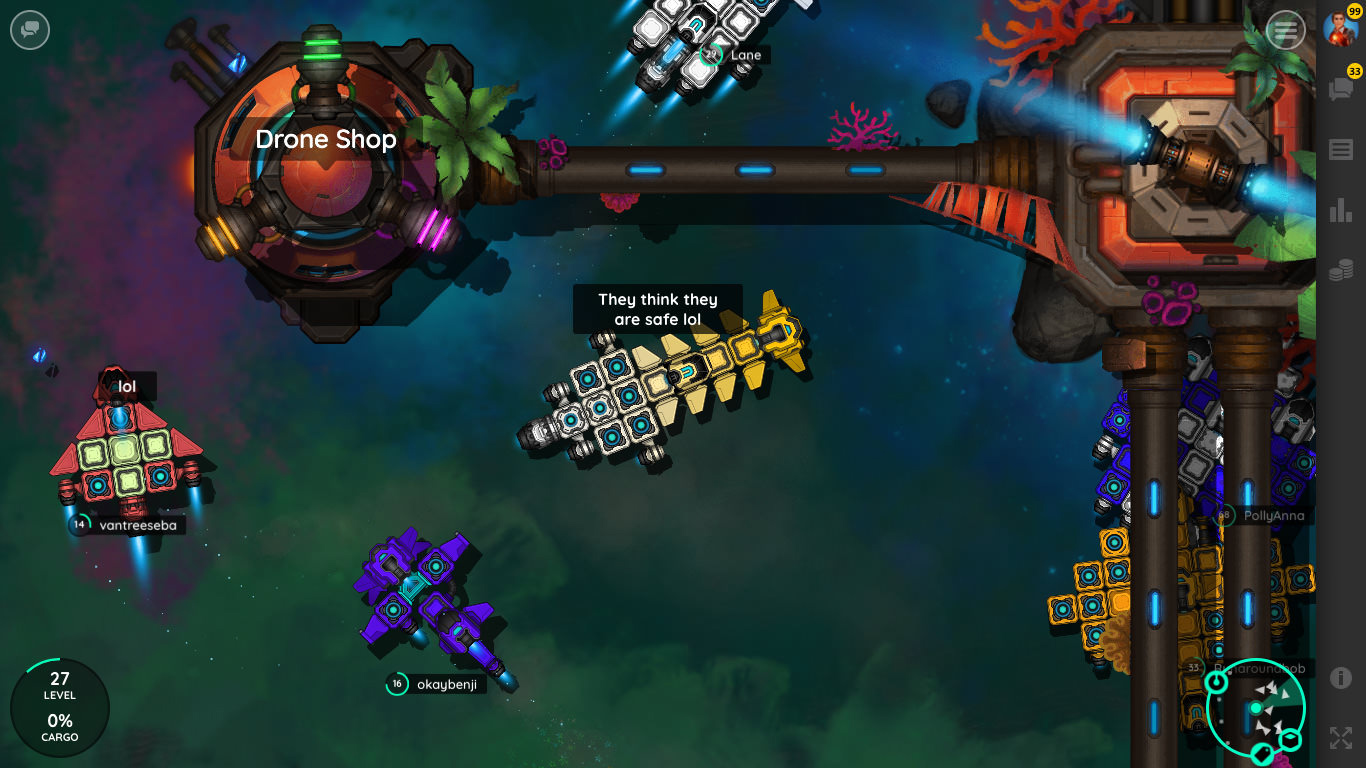 Exocraft is a new IO game from Goldfire Studios. It has been in development for the past year and it really shows, from the nice little touches, to the massive sprawling game area that expands and contracts as the playbase changes. 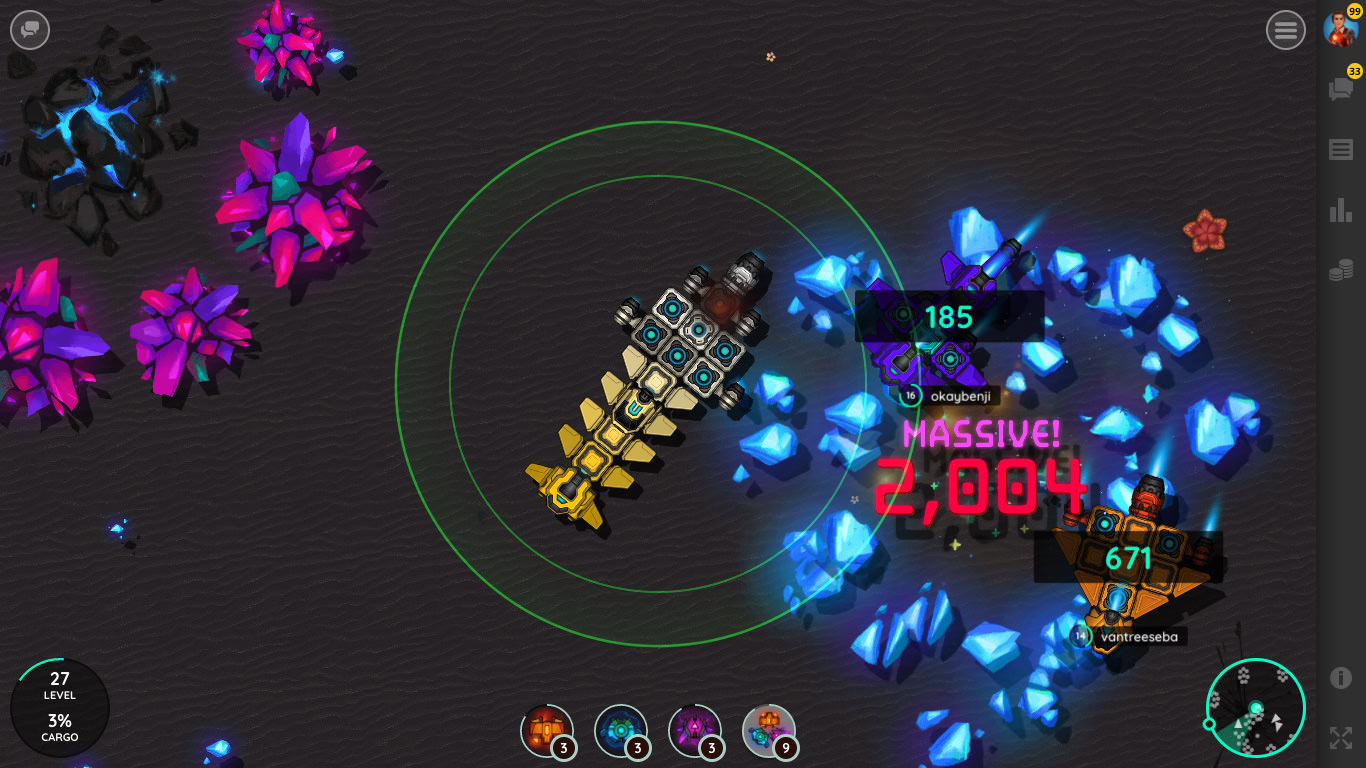 You take control of a tiny ship that can mine the crystals scattered around the world. Once you've enough, you can head to a Cargo station and sell them. The money you earn allows you to expand your ship. 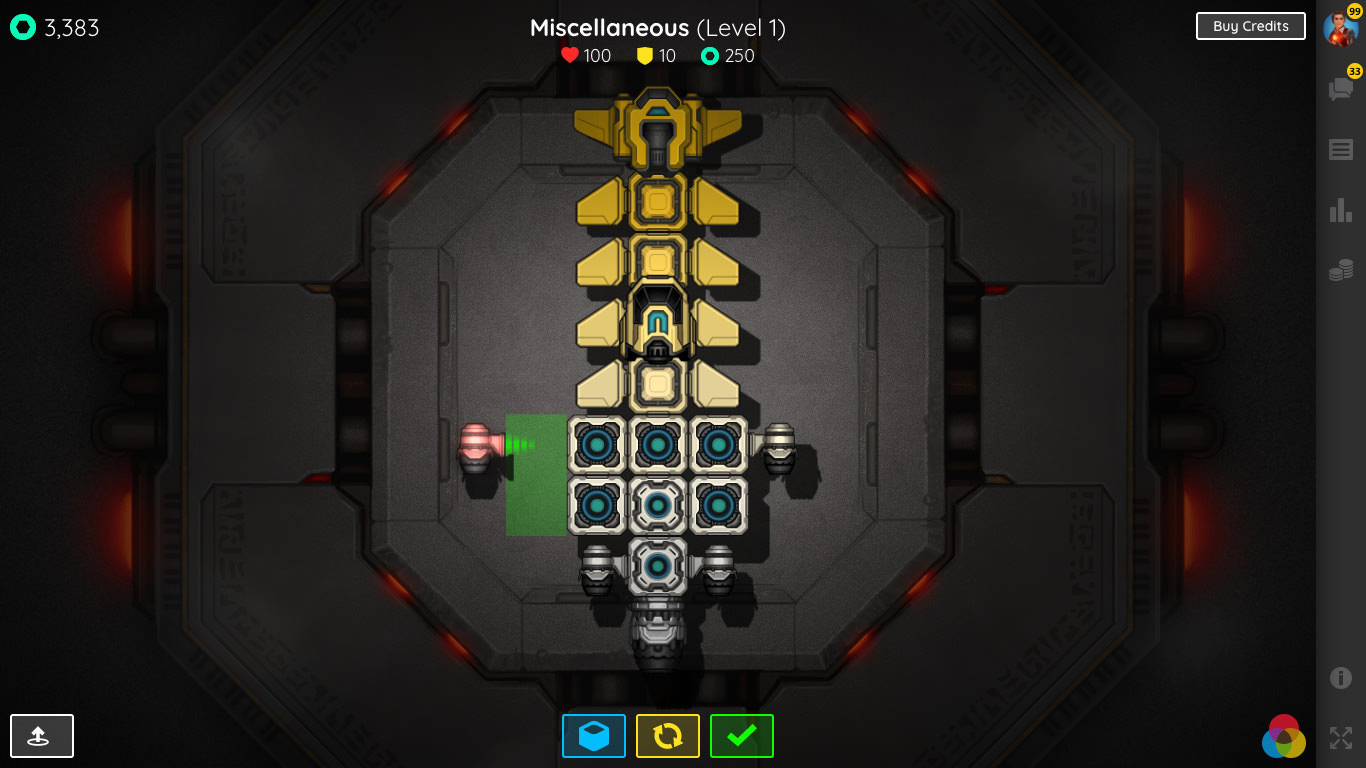 By buying drones you can target bigger and more interesting objects on the surface, such as ship wrecks. The bigger the object though, the more heavily guarded it will be. Drones can attack guardians but it's a race against time, as well as the other players out there. 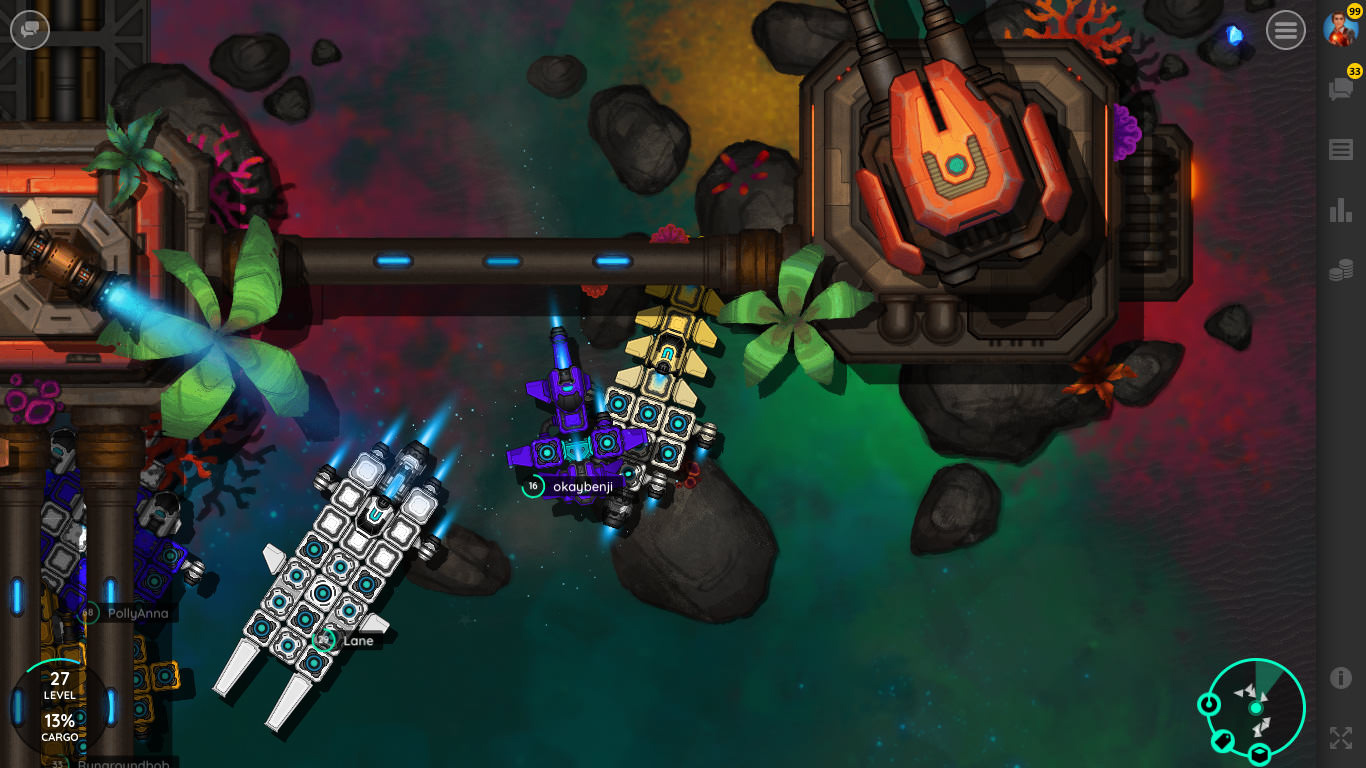 There's a nice tutorial to ease you into play and the design and graphics are compelling. Gameplay is smooth, even with a huge stack of ships on-screen, and there's something quite calming about mining away the surface of the alien wasteland. Providing the guardians don't show up, that is.