Posted on 1st Jan 2018. Follow @phaser_ and get the Phaser World newsletter. 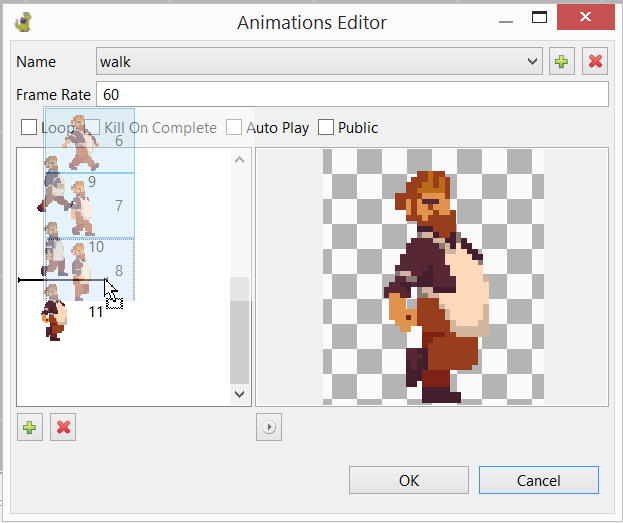 Phaser Editor 1.4.4 has been released. This is an incremental upgrade that fixes a few bugs and adds some small new features into the mix. The Canvas tools and scale tool have received visual tweaks to their icons and handlers.

The Animations dialog now allows multiple selections of frames, making it easier to reorder them. And the Project Wizard has a new Working Set feature, letting you filter large workspaces easily to be better focused on a specific task.

Arian Fornaris, developer of Phaser Editor, has also published his 2018 roadmap for what he'd like to add to Phaser Editor in the coming months. You'll find the roadmap linked from the end of the 1.4.4 release article and it's a fascinating read with some great things lined-up!