A side scrolling space shooter - Collect power ups and health to make it through the level, beat the boss, and get a high score. 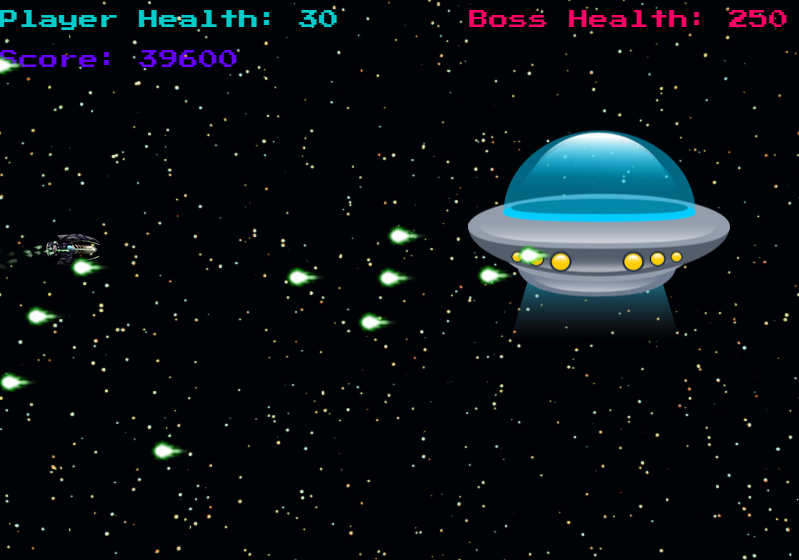 TheRamey of the html5gamedevs forums made this side scroller back in January of 2016. Here's what he had to say about it:

"I actually took a Web Development Immersive at General Assembly and wanted to think of a cool idea for a final project, so I stumbled upon Phaser and decided to make a game.

I absolutely loved Phaser! Learned how to work with Phaser and made this game in about a week. All the graphics/sounds I found at opengameart.org.

The game can be played here:"