A plugin allowing you to use i18next in your games for easy translation management. 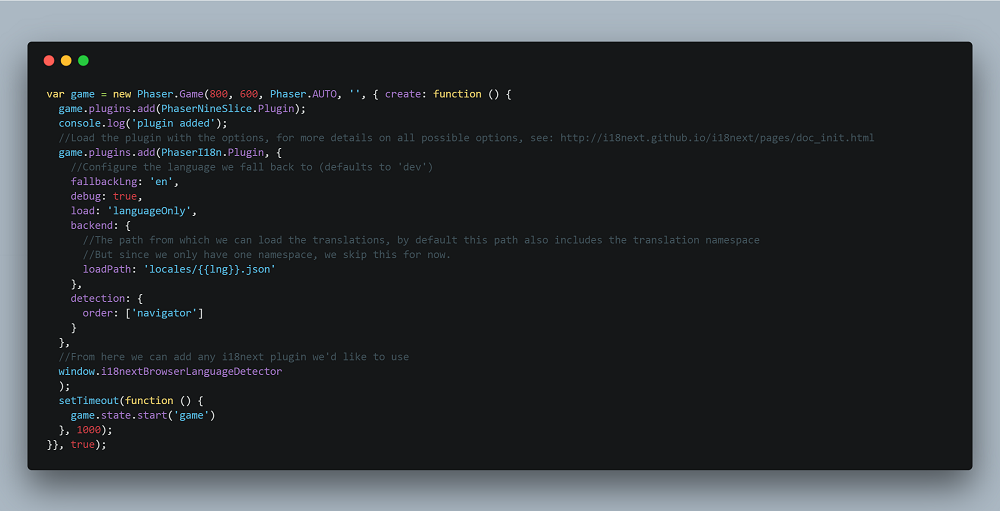 Orange Games has released a new Phaser plugin: i18next. It's "... a plugin for Phaser that allows you to have seamless translations in your game. It uses i18next as its source for translations management, which is widely adopted by the JS community in other projects as well."

On June 30th of 2017, Phaser i18next version 1.0.0 was released, and a few new minor releases have been brought into existence since then. This is an exciting tool you should try out!