Shoot up and lasso the bad guys in this wild west themed arcade style game.

Posted on 8th Nov 2017. Follow @phaser_ and get the Phaser World newsletter. 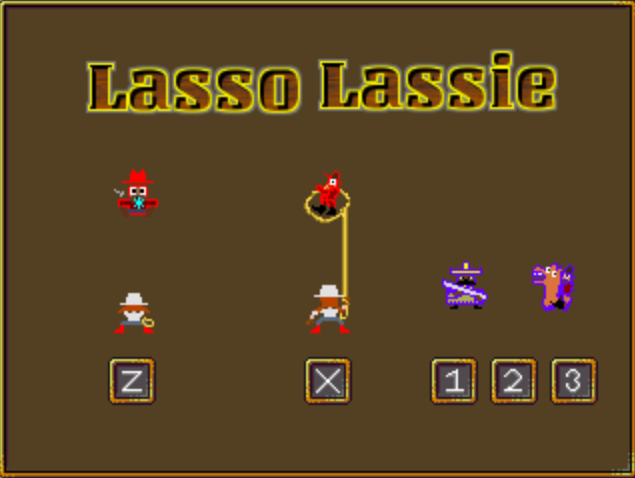 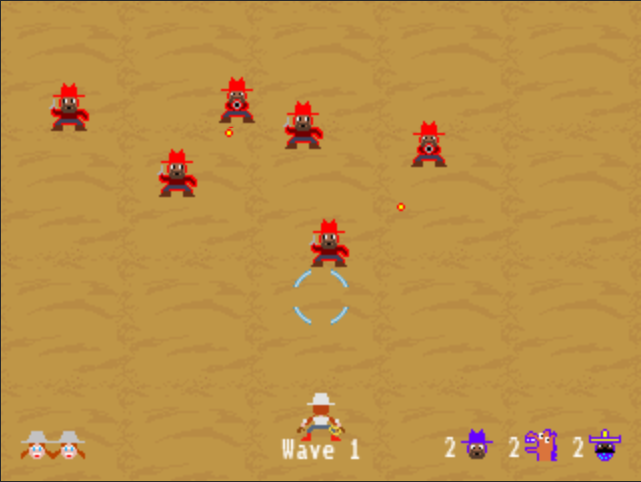 At first, Lasso Lassie seems like a reimagined Space Invaders, but its more than that. There are three unique ways to attack the enemies in this game: The gun, the lasso, and through summoned allies. The gun works similarly to how it works in Space Invaders, but it only hurts enemies in a specific range. It can hurt one enemy, while the lasso is essentially a slower gun that hurts multiple enemies. Characters die in just one hit in this game, allowing for fast paced fun. 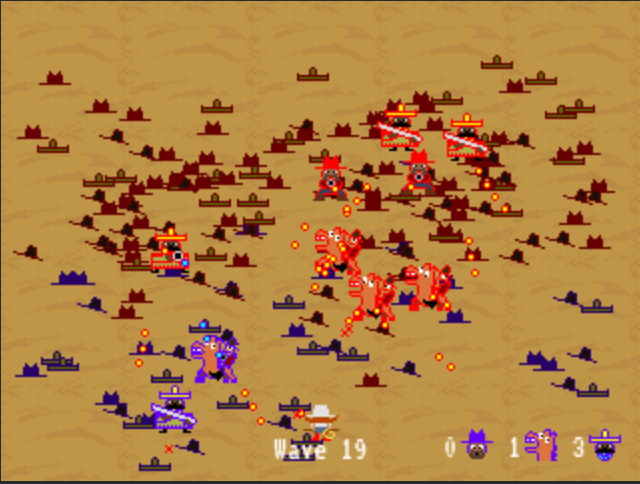 Overall, the game is very fun and unique, definitely worth playing at least once. If you're good at it, you could even get your name on the game's high score page.