Destroy the enemy command center before they destroy yours in this incredible MOBA style future war game.

Posted on 6th Oct 2017. Follow @phaser_ and get the Phaser World newsletter. 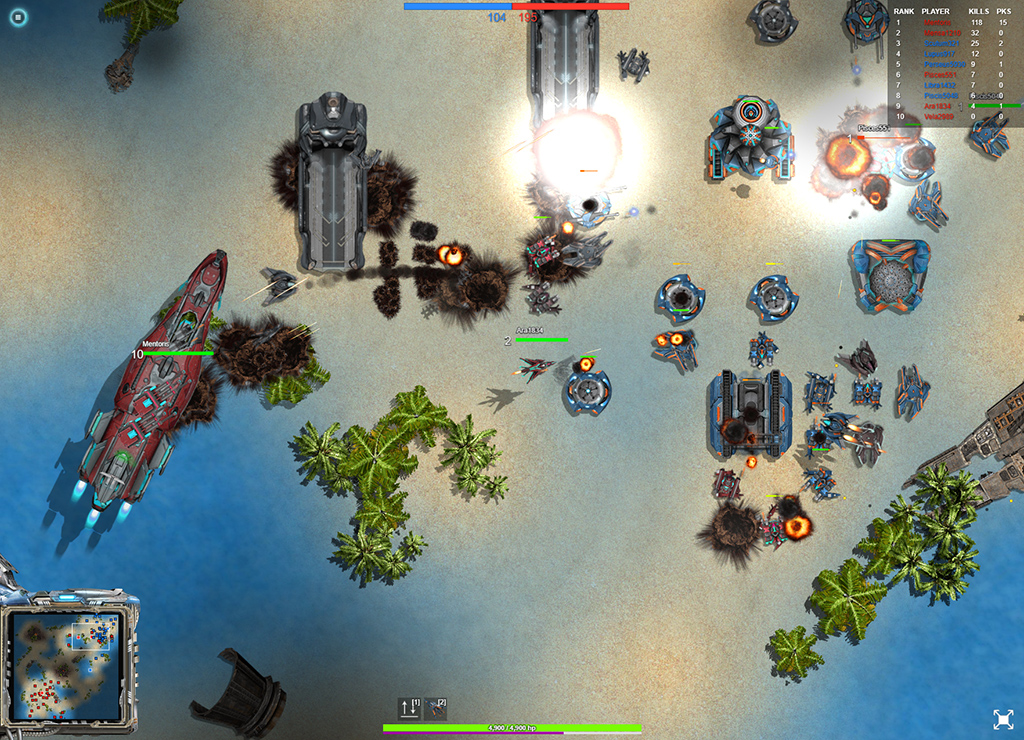 Let's make one thing clear: stba may not have the most catchy or memorable name in the world, but it's absolutely one of the best IO games out there!

Created as a spin-off from the RTS game Strike Tactics, stba instead does away with all of the resource collecting and base building that defined the original - and instead throws you in the deep-end from the start. Two teams vs. each other, reds and blues, in an all-out battle to see which team destroys the others command center first. 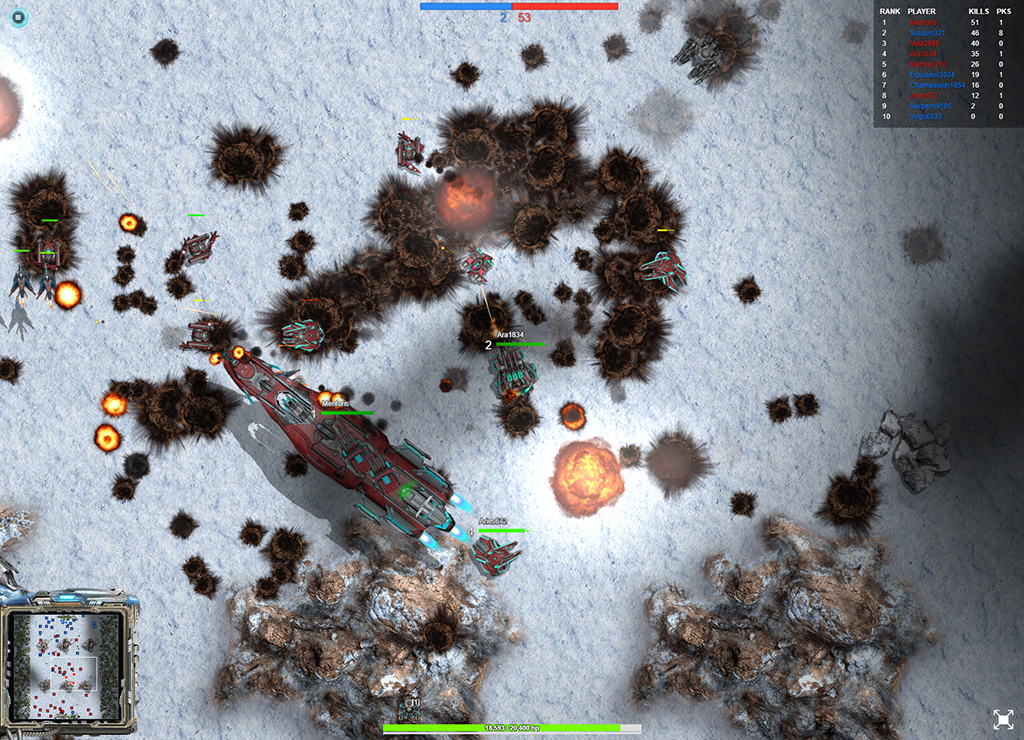 As with most IO games you can start immediately without needing to register. When you join you can pick from 11 different vehicles, 4 of which are locked. They range from the Manta, which is a really fast fighter that can hover in place, to the Demolisher, a heavy ground-based tank. Once selected you're dropped right into the battle. 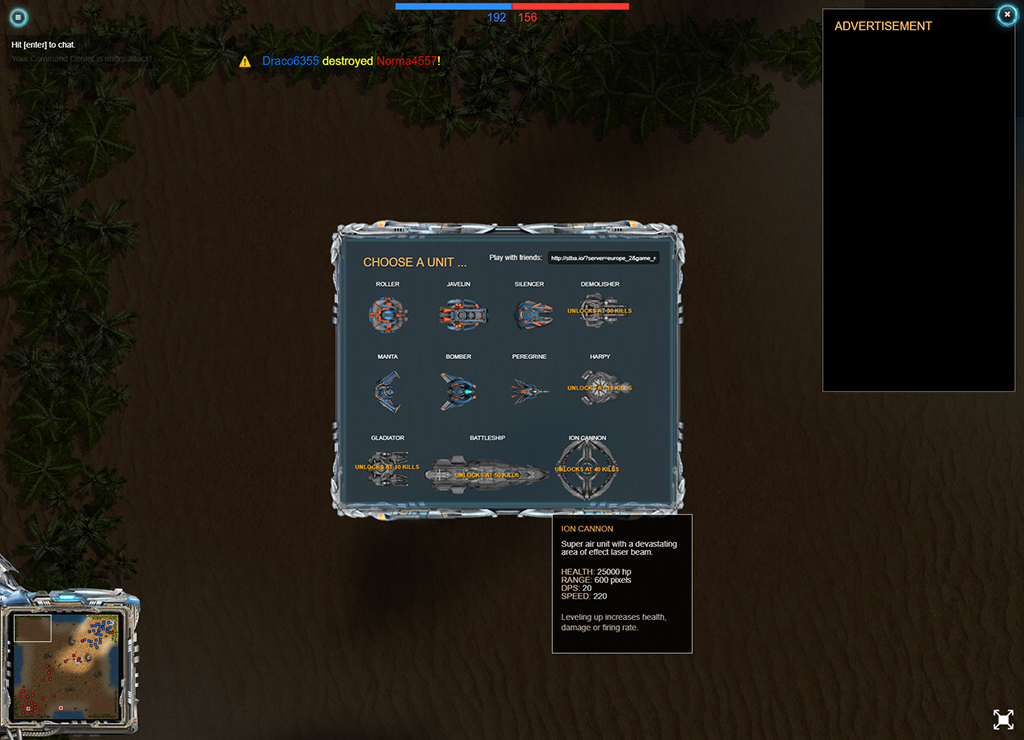 The objective is pretty simple: Destroy the enemy. Depending on what you picked depends how you should approach that. The tanks are good for stemming off invasions, or for rolling into the enemy base and taking shots from afar. The air based ships, like the Bomber, can cause utter devastation as they drop their payloads across the map at an insane rate. 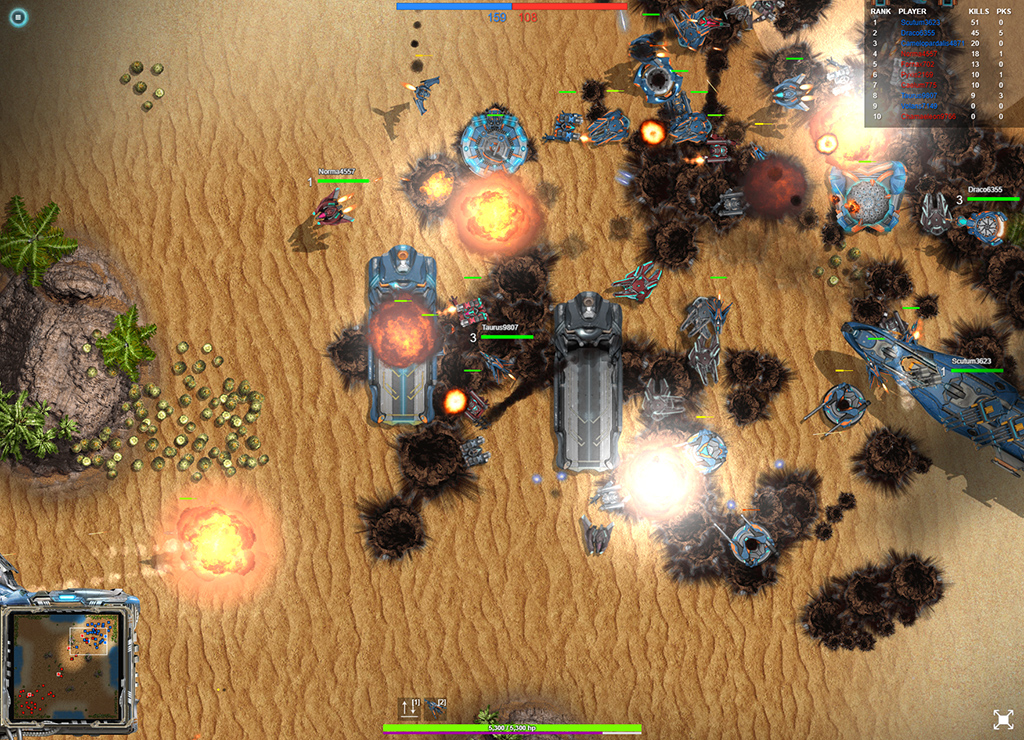 All the while the enemy will of course be attacking you back. The battle lines are constantly shifting as one team gains or loses ground. As you and your team rack up kills you get to unlock bigger and better vehicles, finally unleashing the might of the Battleship or Ion Cannon. 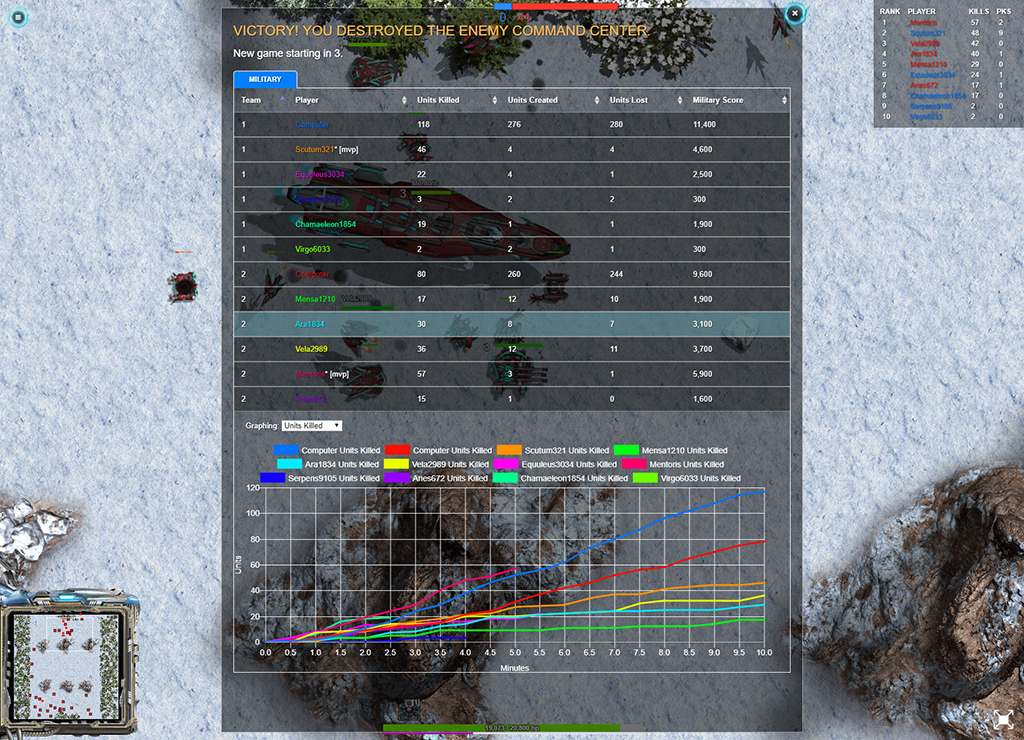 When I played, which was around lunch time GMT, there were over 220 other players online. Although it's locked to 10 per game it means you'll have someone real to fight against, and with, and it makes all the difference.

Development is constantly on-going and you can follow the tweaks being made in the Dev Log. All in all though, like it's brother-in-arms game Strike Tactics, this is a joy both to behold and play. It's immediacy is more compelling for me personally but I urge you to check them both out.