Time the release of your ship from orbiting the planets well, to ensure you land on the next planet along and collect the orbs. 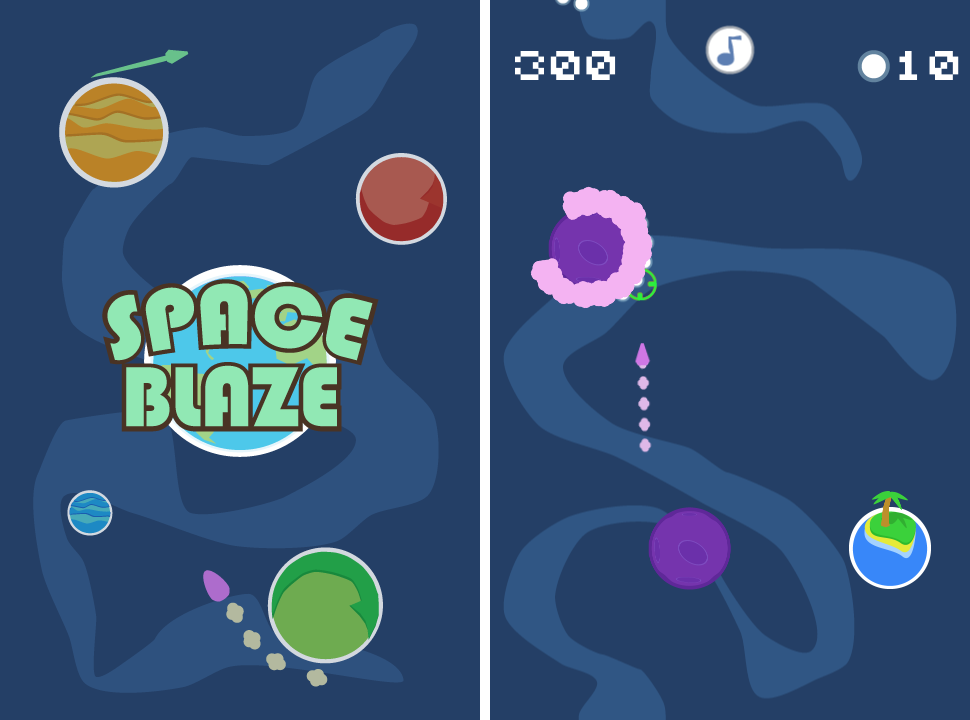 Space Blaze is a fun new game from Ludock.com. It follows the tried and tested formula of controlling a ship orbiting a planet. A click or tap will release the ship in the direction it is facing. The aim is to try and blast from planet to planet, collecting orbs as you go. You have to get the angle just right, or you'll over shoot your destination and it's game over.

It's compulsive and fun to play. The planets change each level, so no two routes are the same. Some planets have power-ups on, like targets to help you aim your take-off. While others are covered in dense cloud, making it pure luck which way you go.