A game inspired by the Namco arcade classic from the 80s, revamped for their new games portal. 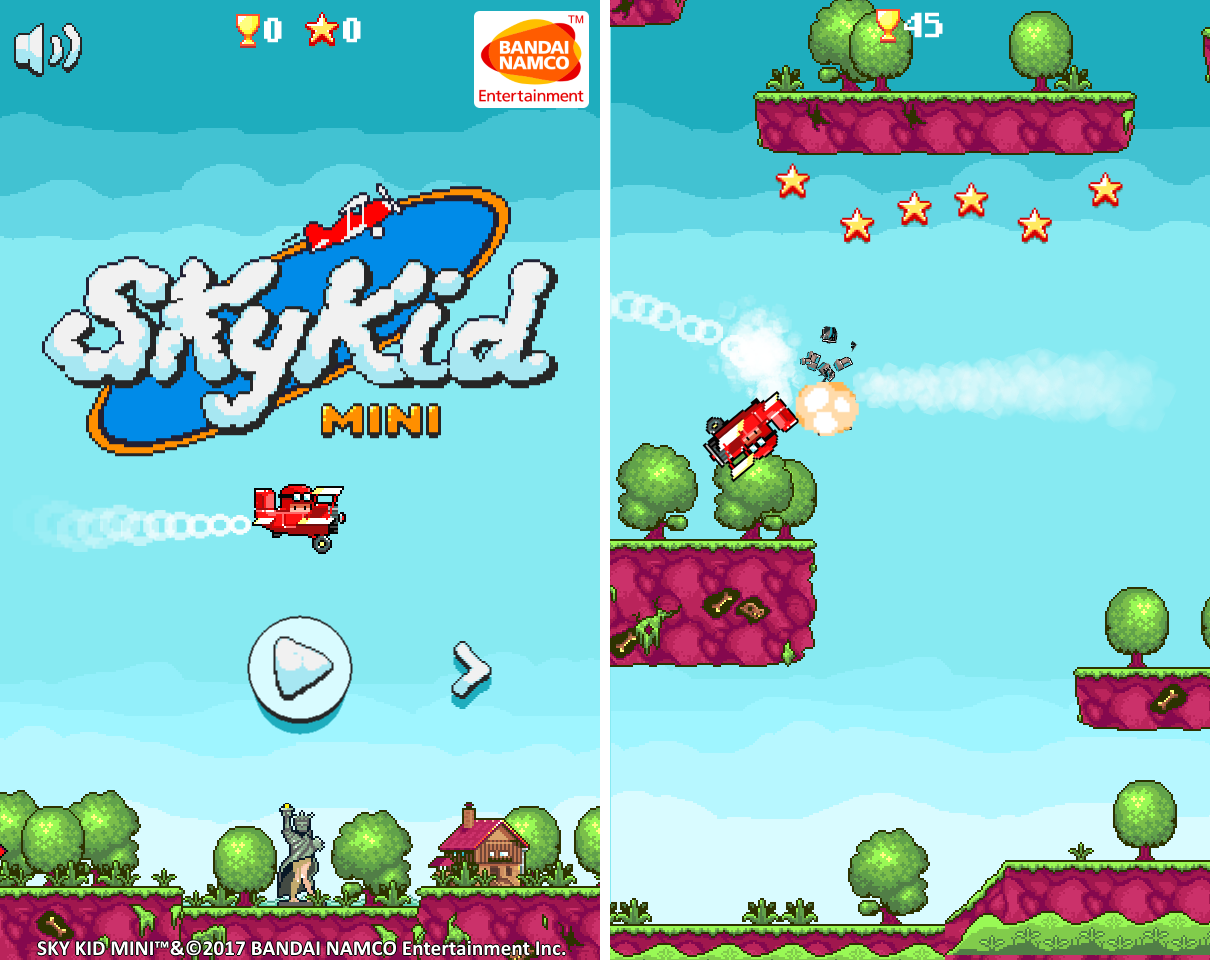 Sky Kid was a horizontally scrolling arcade shooter released by Namco in 1985. Sky Kind Mini was commissioned by Bandai Namco to be added to their new HTML5 games portal and it's a really great little game!

You may be forgiven for thinking it's a Flappy Bird clone from the screen shots, but it plays significantly differently. Tapping or clicking gives you a little boost of propulsion, but hold it down and you can do a complete loop-the-loop. The aim is to collect the stars, avoid the land and watch out for the homing rockets.

It looks lovely, is insanely challenging but strangely compulsive. Just like the arcade games of old used to be.