What's better to do on a foreign planet than collecting gems? That's right. Avoiding the meteors! 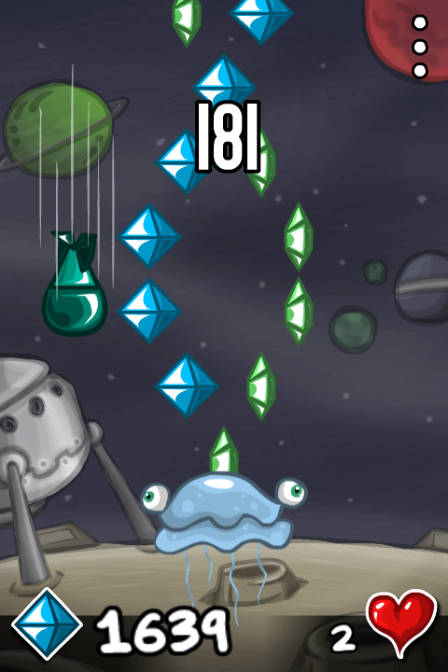 "What's better to do on a foreign planet than collecting gems? That's right. Avoiding meteors! That's the story of this silly jellyfish."

It is an action-arcade game in which you control a jellyfish going through the space gathering shiny gems and avoid being hit by dangerous obstacles like meteors and rockets. Swipe left and right to move and time it right as you avoid the rocks and collect the gems. The graphics are cute, the sound and music jaunty and it plays really nicely - everything you'd expect in a fun little casual title.