How many balls can you slam into the net in the time given? 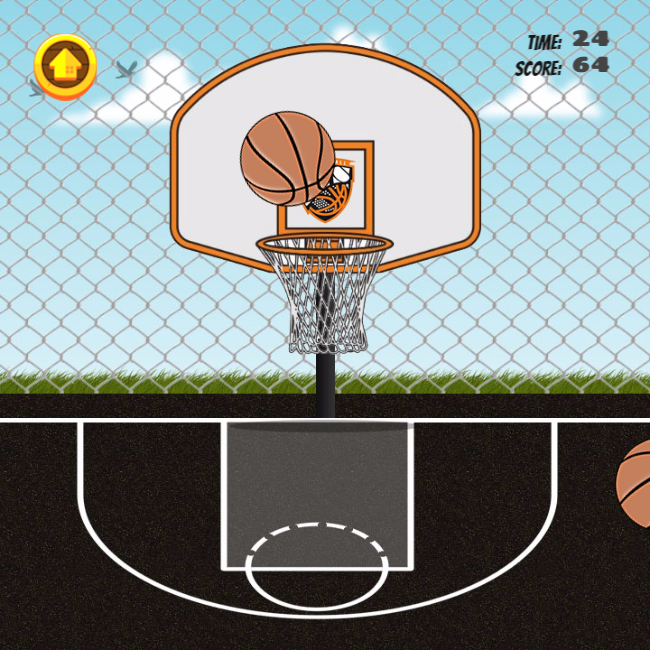 Umz has released a mini basketball game. Just grab the ball and slam them down into the net for points. You don't even need to try and throw them into it, just slam. It's all about how many you can slam and how fast.