A Massively Multiplayer Match 3 game that is extremely good fun!

Posted on 14th Jul 2017. Follow @phaser_ and get the Phaser World newsletter. 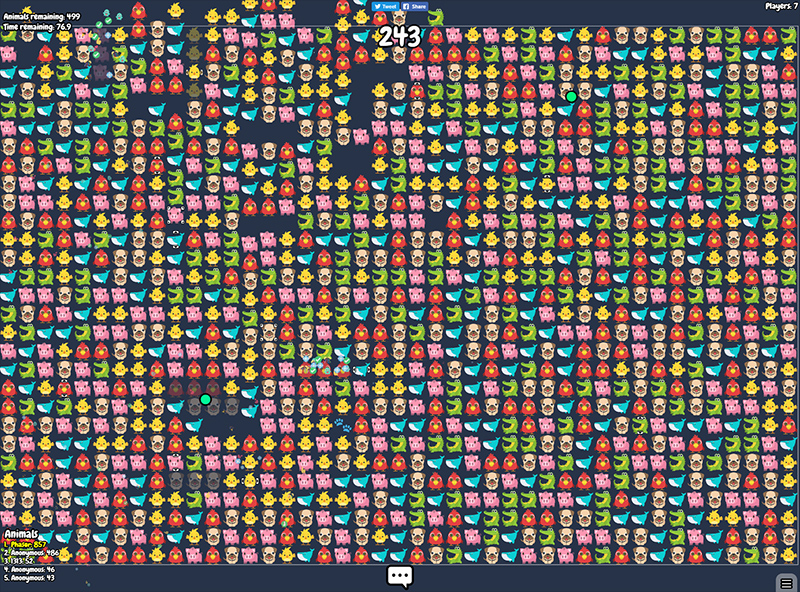 "Massive Match is a match 3 game like Bejeweled or Candy Crush Saga, but with a massively multiplayer twist! Play on a much larger grid where it isn't just you trying to make a match. Fast. Frantic. Fun." 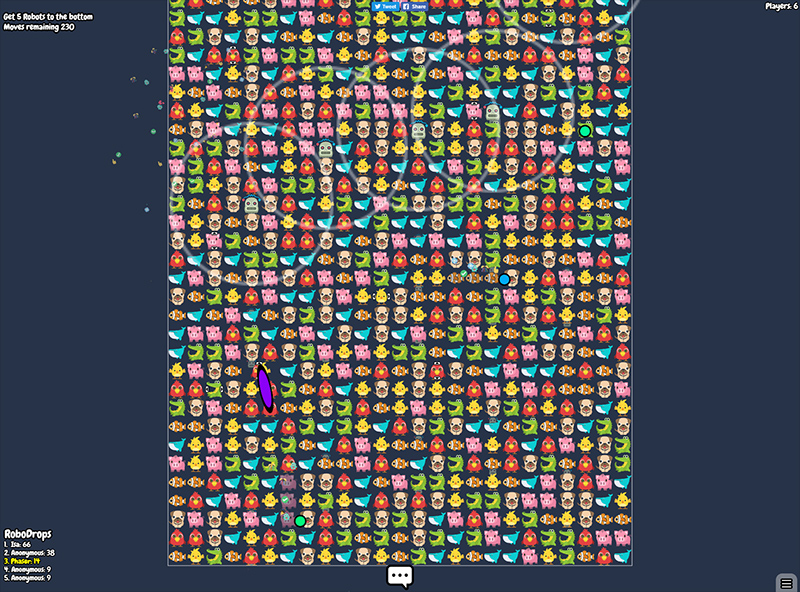 This game is a complete time sink! I started playing it to write about it on the web site and all of a sudden a whole hour had flown by. It's compulsive and extremely well made. You just have to match the animals, but depending on the level you may be either against the other players or trying to solve a challenge with them.

Game modes like 'Pigs or Pugs' puts you onto a team where you have to match the most of your given animal before the other team does. Or "Robo Drop" has you trying to get 5 robots to drop to the bottom of a very tall level before the time runs out. There are also normal score attack modes which has you vs. everyone else too. Each level only tends to last a few minutes and you can rate it at the end. 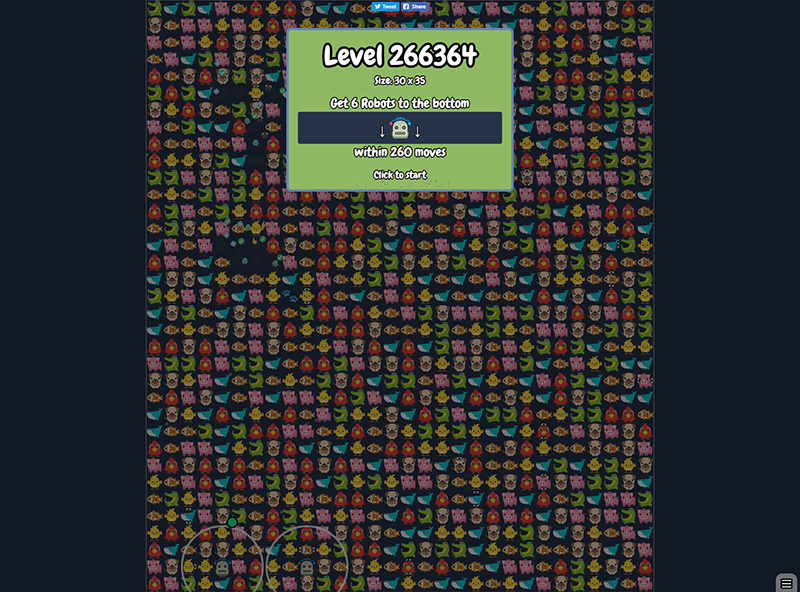 There were 7 other players for the whole hour I was playing, which was quite early UK time, so this game has obviously found a user base already, which is essential for an io game.

In April they reached level 200000! And it's also now out on mobile as well. The screen shots may not be much to look at, but this is a superb example of a Phaser io game if ever there was one.