Test the world's first jetpack while fighting off waves of rogue robots! 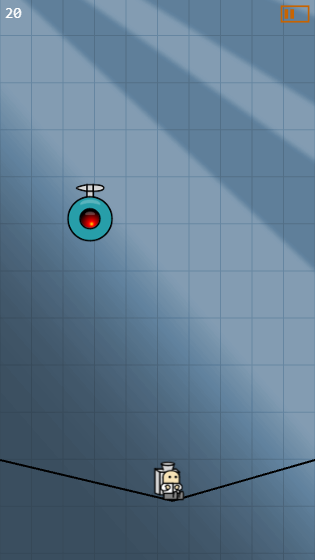 Chris Klimowski posted to the Phaser forum: "I've made several game prototypes over the past few years, but so far haven't managed to turn any of them into something more finished. Until now!"

Blast Down! is a great little game with really nice physics and gameplay.

In it you are testing the world's first jetpack while fighting off waves of rogue robots. This involves you thrusting up, falling back down and rebounding off the line at the bottom and then smacking into the robots.