Another great 'one button' game - tap to change the direction of the plane, and collect the money - if you can. 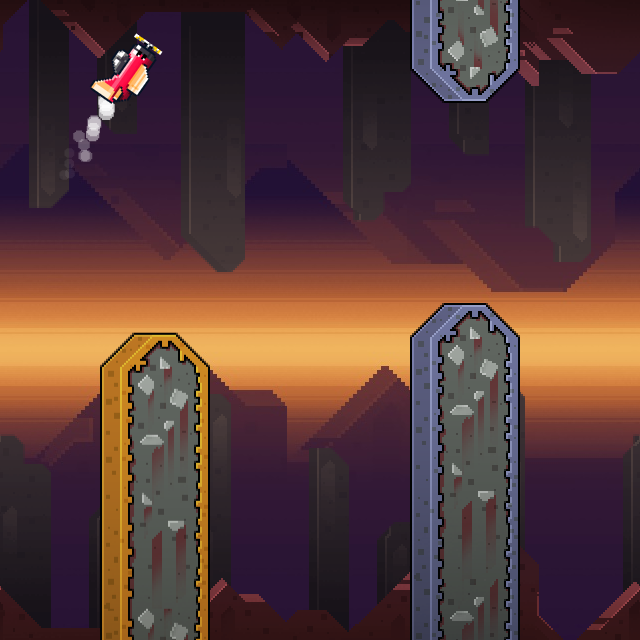 Another great little 'single button' game from Tom Atom for the Gamee network. In this you tap to change the direction of the horizontally scrolling plane. Aim it to avoid the columns and try to collect the money. Quick to pick-up, but frustratingly addictive to play!