Take on the role of a developer in this endless runner. Can you out run the unstoppable deadline? Of course not, but see how many bugs you can avoid on your way :) 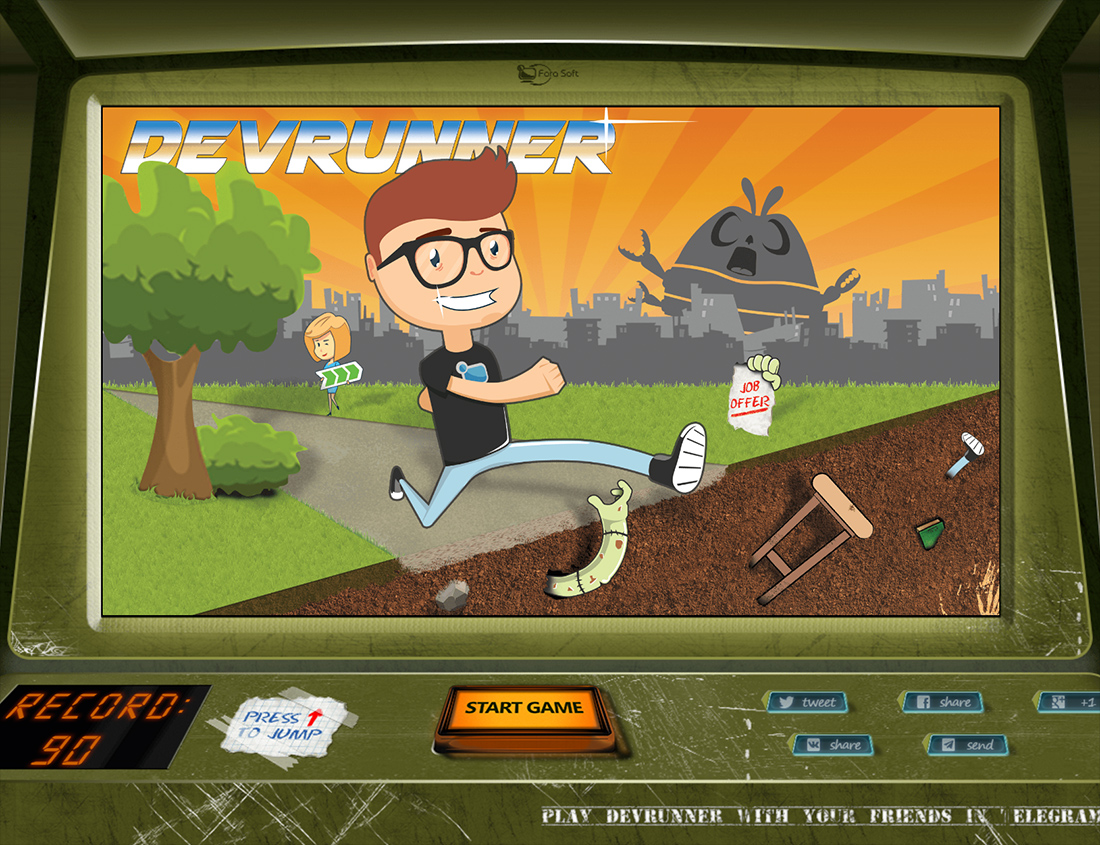 Fora Soft have released their first game called Dev Runner. You take on the role of a developer, who must do his best to collect all the code, while avoiding the baddies such as the unstoppable deadline, or the 'quick fix' kludge! 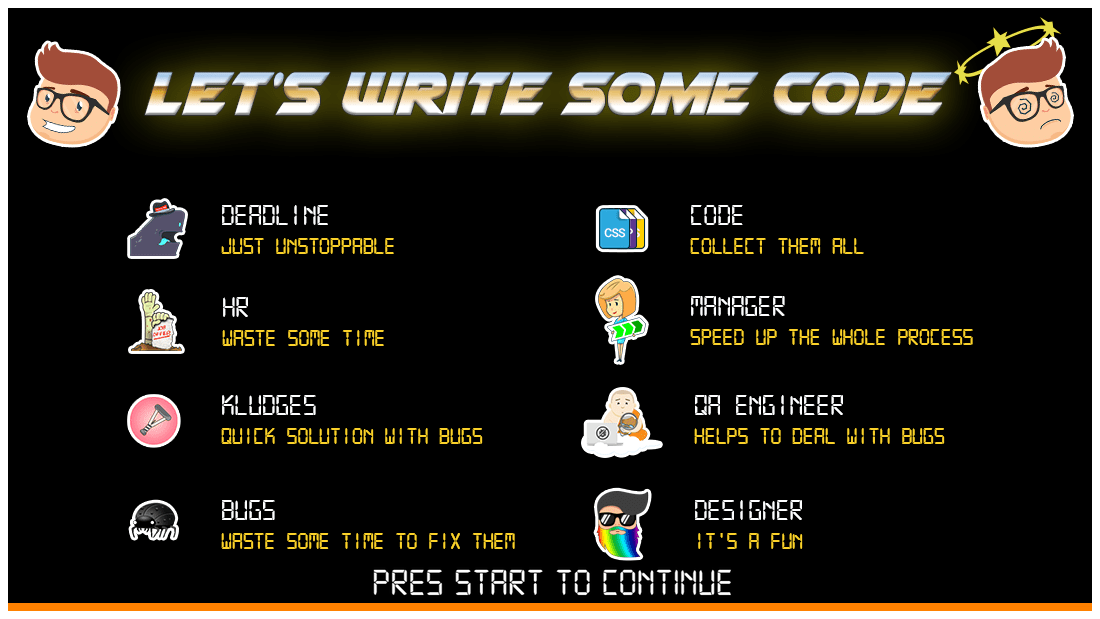 The game takes the form of an endless runner, with some lovely graphical and audio touches. 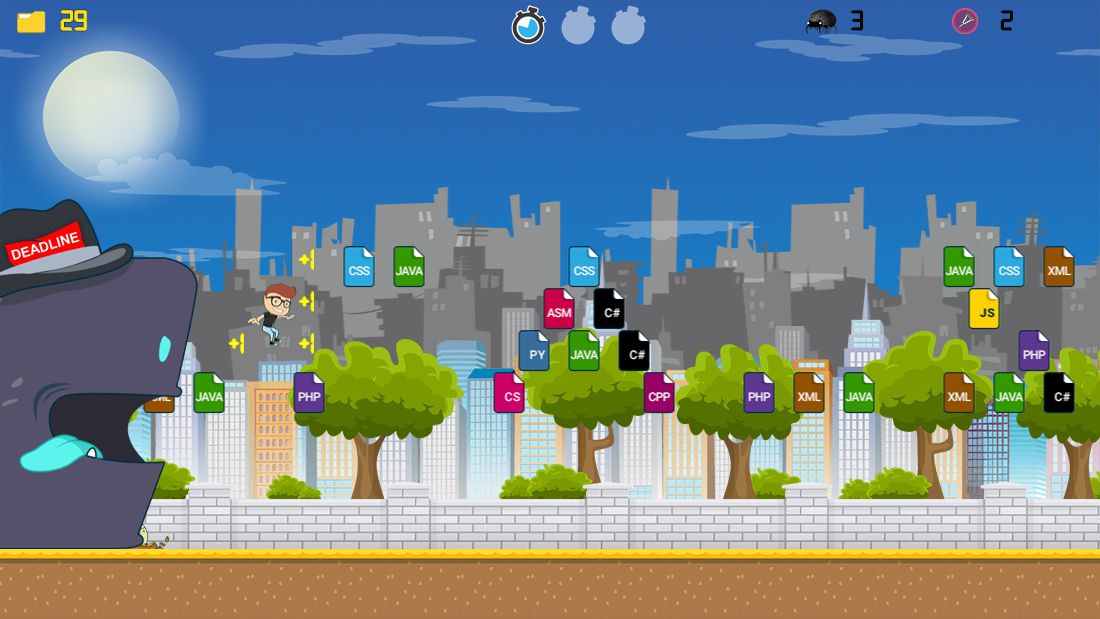 I especially liked the Windows error sound when you hit a bug. Having the Producers are a speed-up is a nice accurate idea too. See how far you can progress up the developer ranks!