Select your characters and take them on an adventure around the mini-game packed maps in this beautiful Mario Party inspired game. 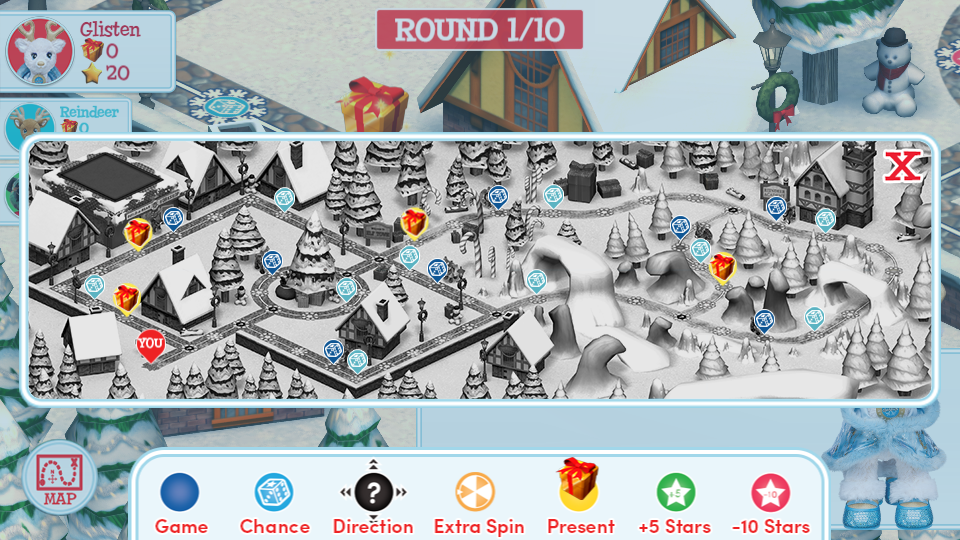 The talented team at the digital agency Plow recently created this game for the company Build-a-Bear. And it's truly epic, both in scope and quality. Primarily a board game at heart, it's sprinkled with masses of mini-games and nice touches throughout. 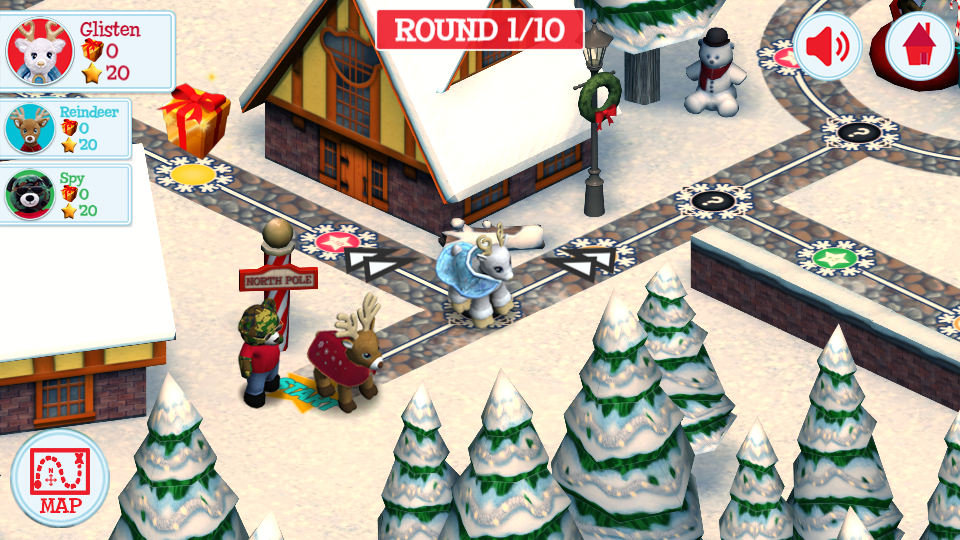 You select 3 characters (each of which are Build-a-bear bears from their stores) and then take them around the board, challenging each other at the games as you go. It's very similar in concept to Mario Party, which is no bad thing!

You can watch a gameplay video here:

There are two game boards to explore, and more are promised in the future. Each board has its own characters and UI, lending them a totally unique feel. For example the board used in the screen shots here is the winter themed Merry Mission one. 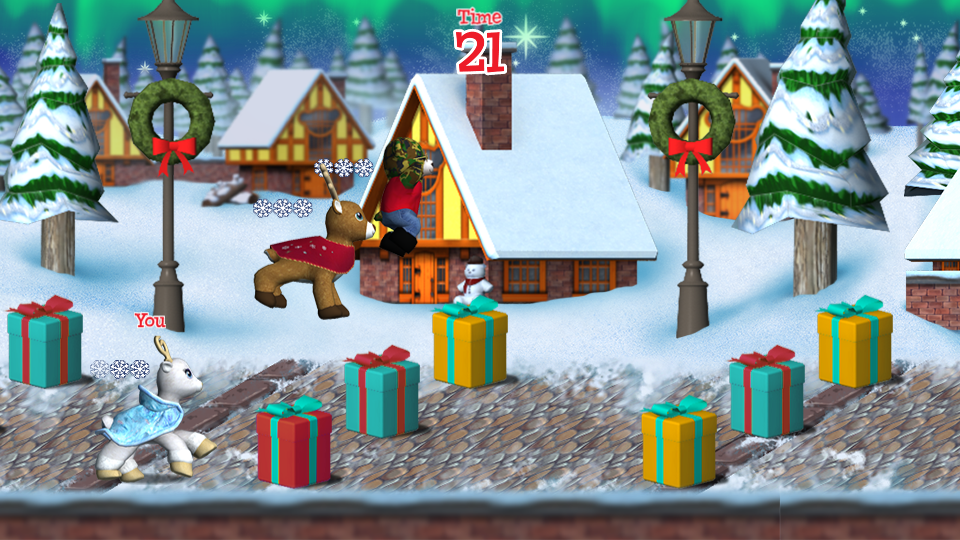 And it's packed to the brim with lovely animations and special effects!

Note: If you get redirected to the Build-a-Bear homepage when using the link above, then click 'Play' in the top nav, then 'Games' to find it.